Five Chicago activists write new texts and 20 regular readers of The Funambulist pick their most politically useful article to be republished in this book commissioned by the Chicago Architecture Biennial. 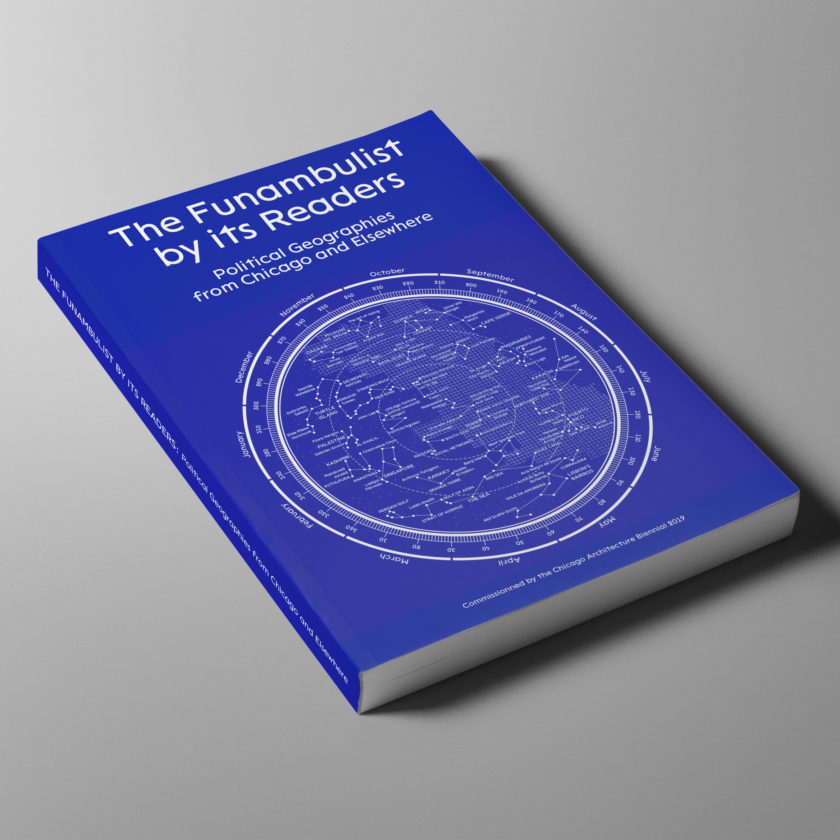 Initiated in 2015 as a print and online magazine, The Funambulist does not understand architecture as the authored design of inhabitable sculptures, but rather as the discipline that organizes bodies in space. With such a perspective, we have attempted to detach ourselves from architecture as a discipline and have focused instead on formulating spatial approaches to anti-colonial, anti-racist, anti-capitalist, queer, trans, feminist, anti-ableist political struggles and that against which they fight.

For this book commissionned by the Chicago Architecture Biennial 2019, we have invited 20 regular readers (many of whom are also contributors) of The Funambulist to pick, among the many texts we published in our 22 first issues, the one that appeared to them as the most politically useful. We are republishing these texts here, as well as their introductions, written by these 20 guests.

In addition to this, we asked five Chicago-based activists to write about the spatial politics of their city in relation to settler colonialism, the municipality, the police, the real estate pressure, as well as the school system. At a crucial moment following the change of administration, this appeared to us as the most politically useful thing we could do to propagate the voices of those active on the ground.

The print version is also available at the Chicago Architecture Biennial bookstore.