Appropriating the city space for political struggles in Guinea, Kashmir, Chiapas, Kanaky, the U.K., France, Palestine, and the U.s. 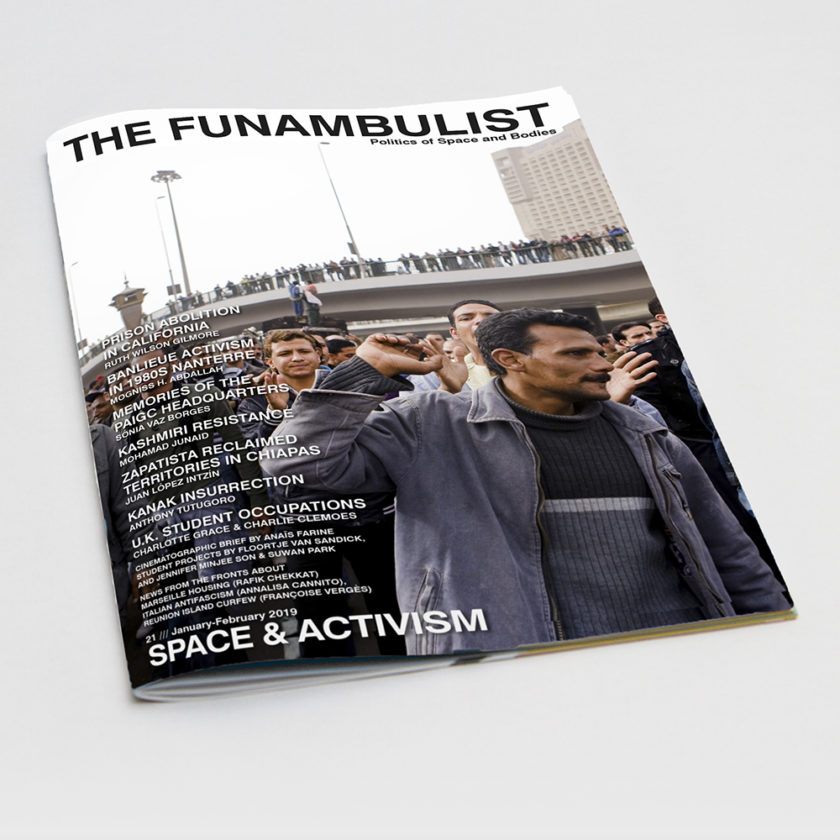 Space & Activism inaugurates the 2019 issues, which will insist on various forms of strategies deployed by the political struggles with which we stand in solidarity. We begin this series with a fundamental component of The Funambulist’s editorial line: space. We usually describe at lengths how space is designed and built in order to control the location, behaviors and relationships of bodies with each other. But in the spirit described above, we would like to propose an issue fully dedicated to the way these logics of control are subverted by insurrectional movements and activists in order to make the space of the struggle an asset rather than a constraint.