Each city that owns a police department is a militarized city. Looking at Beirut, Lahore, Cairo, Oakland, Jerusalem, Boston, and more... 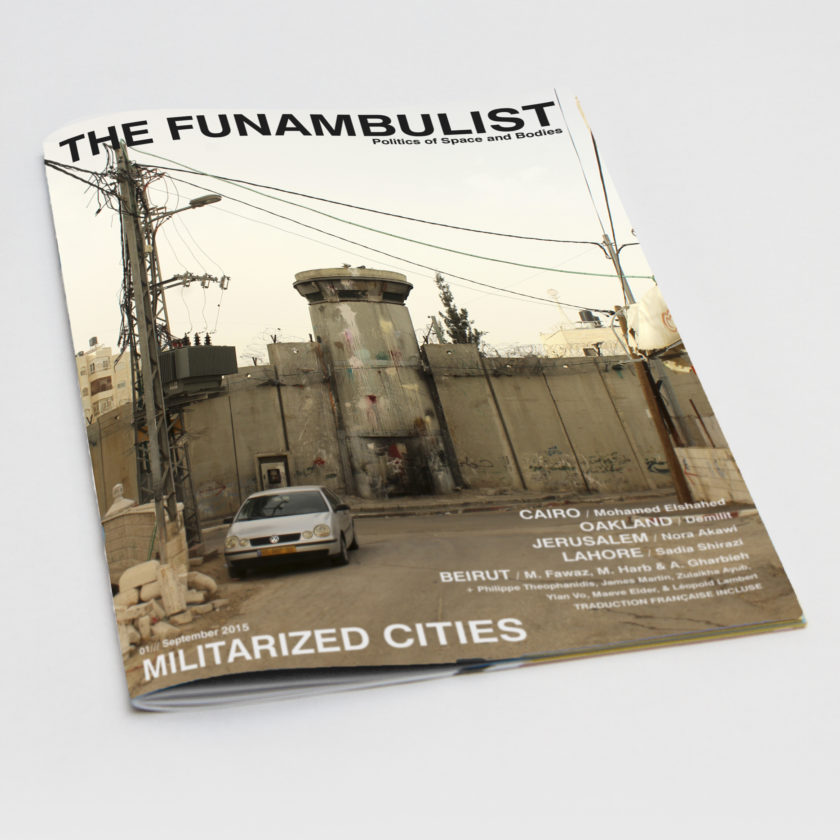 The first issue is dedicated to militarized cities, arguing that the case studies presented here (Beirut, Lahore, Cairo, Oakland, Jerusalem, and Boston) are only extreme incarnations of the collaboration between military and urban planning logics: each city carries in itself a certain degree of militarization. It was conceived a few weeks after a state of emergency had been declared on the city of Baltimore, targeting in particular the Black neighborhoods of the city. Such states of emergency, whether in the United States or elsewhere, are manifest of how a city, through its architecture, which organizes (and thus controls) bodies in space, already contained most of the physical components for its urban space to be militarized.