Three Case-Studies Beyond the Panopticon 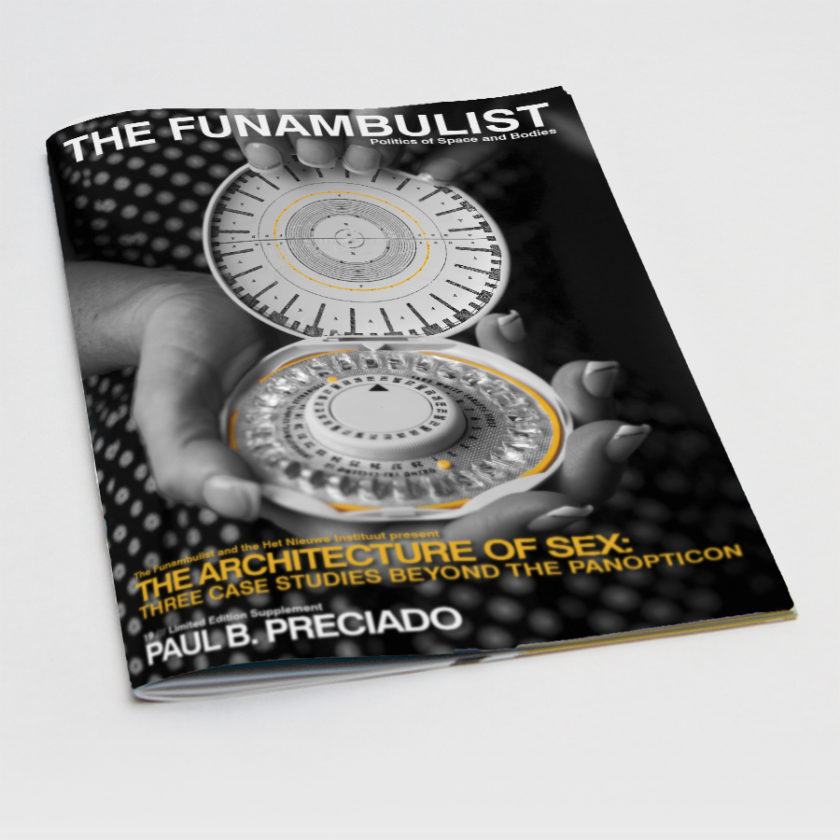 On November 2, 2017, editor-in-chief Léopold Lambert was generously invited by the Het Nieuwe Instituut to attend a lecture by Funambulist contributor Paul B. Preciado entitled “The Architecture of Sex.” Following this memorable event, the HNI and The Funambulist collaborated in order to publish an illustrated written version of this lecture. This offers, for the first time, the opportunity for The Funambulist to incorporate a limited edition supplement to the 19th issue of its magazine (The Space of Ableism, September-October 2018).

This 15-page-long text provides an ideal complement to the text written by Paul for The Funambulist 13 (Queers, Feminists, and Interiors, September-October 2017) entitled “Trashgender: Urinate/Defecate, Masculine/Feminine,” which proposed a radical rereading of the architectural typology of the public bathroom.

In “The Architecture of Sex,” he articulates an architectural discourse analyzing the 18th-century brothel, the 1950s suburban house, and the contraceptive Pill as the historical mutation of technologies of power that produces a gendered, heteronormative, and racialized subjectivization of the bodies that are claimed to be housed by these architectures.