Health as not merely what keeps a body from dying but as the most incarnate level of bodily politics. 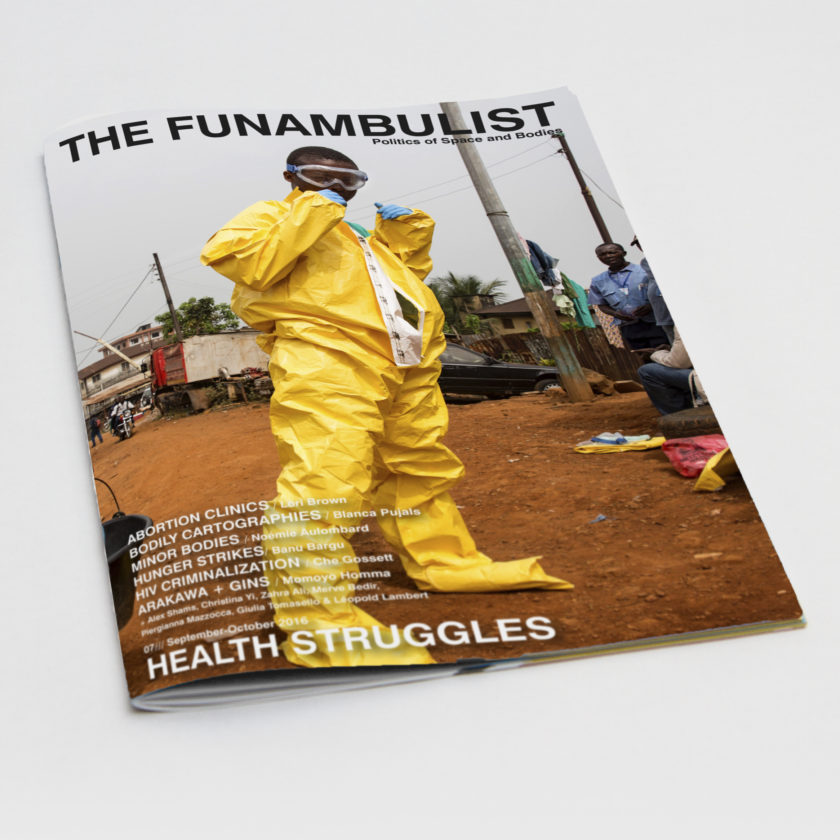 The seventh issue of The Funambulist Magazine is dedicated to health-related political struggles. Its editorial line does not approach the concept of health merely as that which prevents a body from dying but, rather, as the most incarnate level of politics since it tend to mobilize the very biologies of the bodies it takes for object. For this same reason, it is also a domain where the norm shows the highest degrees of crystalization in its stigmatization of some bodies over others. From the Texan abortion clinic legislation to the hunger strikers in political prisons, via t the architectures designed by Arakawa and Madeline Gins for Helen Keller, this issue attempts to disrupt the normative conception of what a functioning body is.