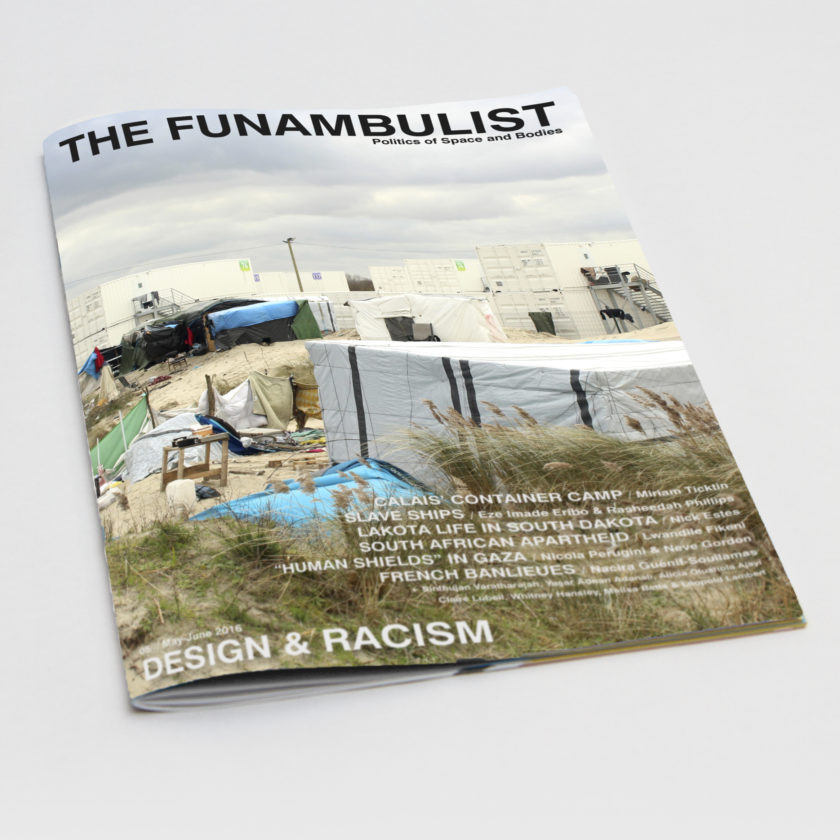 The fifth issue of The Funambulist Magazine is dedicated to a tremendously important topic that had been an underlying theme of many articles in the four first issues, but embraces here its entire primacy: the relationship between design and racism. Design tends to crystallize and reinforce the normative relationships between bodies in a given society, often to the point of materializing racist political programs. The issue is composed of articles, interview and projects describing the active contribution of design to structural racism in Palestine, the United States, France, South Africa, and Europe.