Thinking pluriversally through Blackness, queerness, brownness, caste & indigeneity from other geographies than the United States. 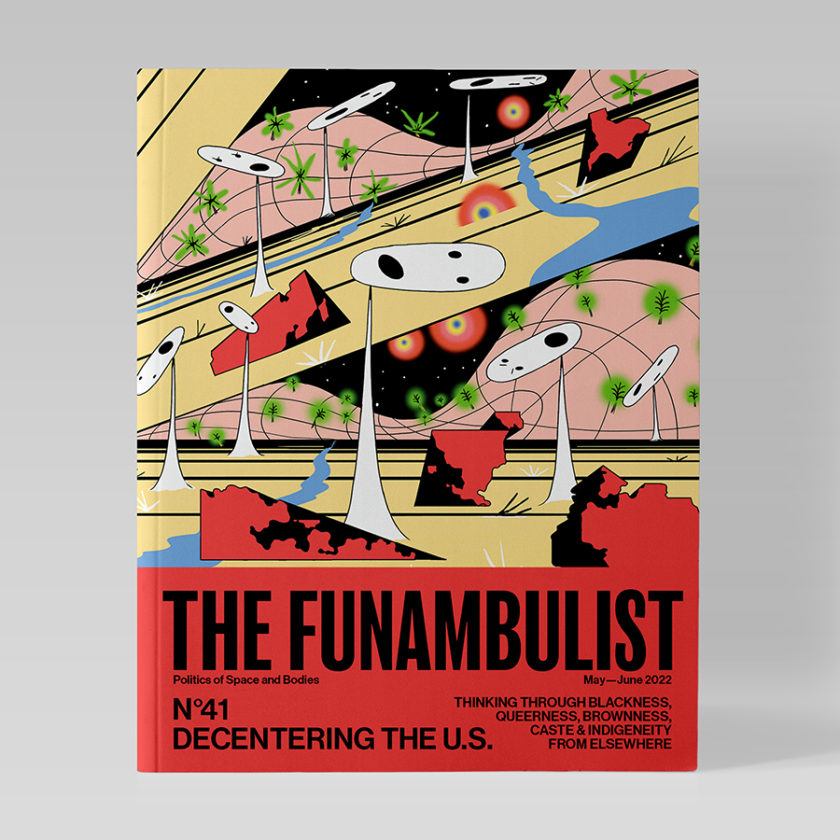 The question that motivates this issue is simple: how come so many of us outside the settler colony called the United States of America, are so deeply influenced by and interpret our own contexts through the political ‘software’ created by U.S.-based academics and activists? The goal here is less to disqualify this U.S. political framework, than to demonstrate that the successful ways through which it analyzes its own context may not be as useful when analyzing other situations. Throughout the issue, we aim to reflect on U.S. exceptionalism, including in its own anti-imperialist critique (Zoé Samudzi), on what Blackness misses when it is mostly centered on African American espitemologies (Cases Rebelles), on transfused U.S.-forged concepts of “brownness” or “BIPOC” (Sinthujan Varatharajah), on illusory attempts to translate struggles into (U.S.) English (Bekriah Mawasi), on the complete blind spot casteism constitutes in this U.S. ‘software’ (Shaista Aziz Patel & Vijeta Kumar), on the need for a pluriversal approach of queerness (Rahul Rao)… Even within the U.S., the political framework that categorizes all people (from Indigenous people to white settlers) coming from the south of its border as “Latinx” needs to be problematized as settler colonial creations (Floridalma Boj Lopez). With this issue, we aim at doing just that: not letting go of the precious epistemologies U.S.-based thinkers have brought us, but simply decentering them to favor the pluriversality of our influences.

You can read the issue’s editorial introduction in open-access here.

The cover was created for us by Michael DeForge and the News from the Fronts section brings us reflections on Taiwan (Szu-Han Ho & Meng-Yao Chuang), Cameroon (Ethel-Ruth Tawe), the Ainu (Kanako Uzawa) and Fusako Shigenobu’s political legacy, a few weeks before her release from prison in Japan (May Shigenobu).