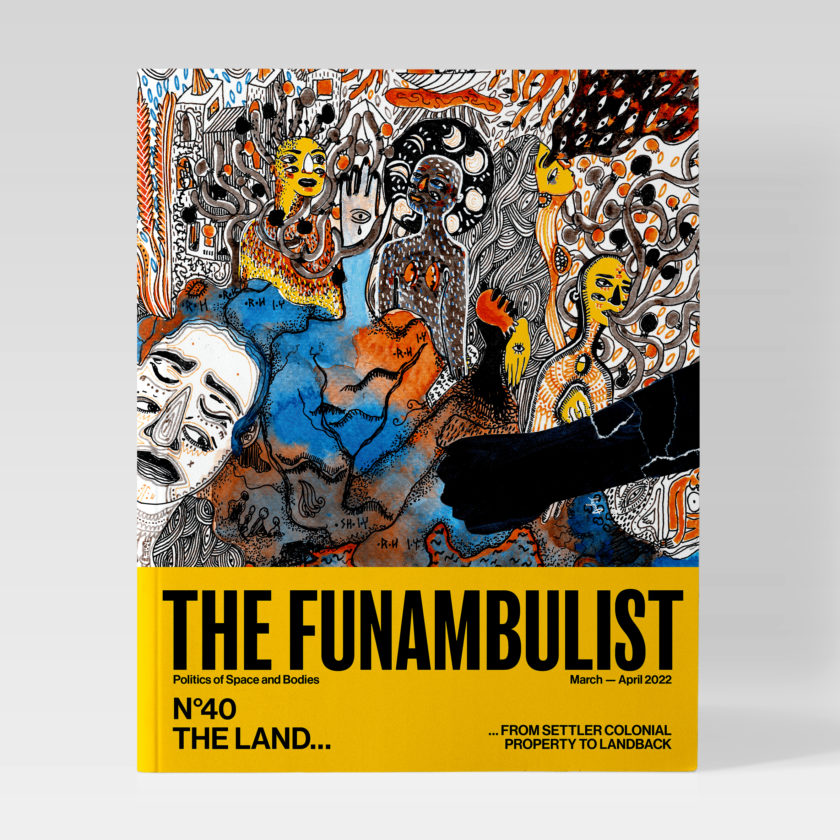 IMPORTANT! This issue inaugurates a new format for The Funambulist magazine (20x25cm) with a thin spine to keep it on your shelves!

After an issue on the Ocean and, at a moment of time when the verb “decolonizing” has been emptied of its meaning by many, we have at the heart of this issue, an interest to resituate land as the primary object of the decolonizing struggle.

This issue’s News from the Fronts tackles the ongoing movement against the military rule in Sudan (Ola Hassanain), the Pakistani state’s kidnapping of Baloch individuals (Fatima Anwar), and the search for feminist Yiddish publications (Maya Ober).