This conversation recorded under the tracks of the metro in Northern Paris, where a few hundreds of migrant and refugee persons have been living in the past few months, despite several “evacuations” by the French police. I talk with Timothy Perkins who is part of the movement Chapelle Debout (unrelated to Nuit Debout) organized in solidarity to the residents of this fragile encampment (formerly situated near “La Chapelle” metro station, now near the “Stalingrad” one). He explains to us the different moments of solidarity and heavy policing that are engaged in this particular site of the French capital.

Timothy Perkins studied architecture and art. He lives in Saint Ouen, France.  He has been teaching for the past few years at the Ecole nationale supérieure de création industrielle – les ateliers in Paris.

– Photographs of the site of the former and current encampment in “Stalingrad” by Léopold Lambert (April 12, 2016) 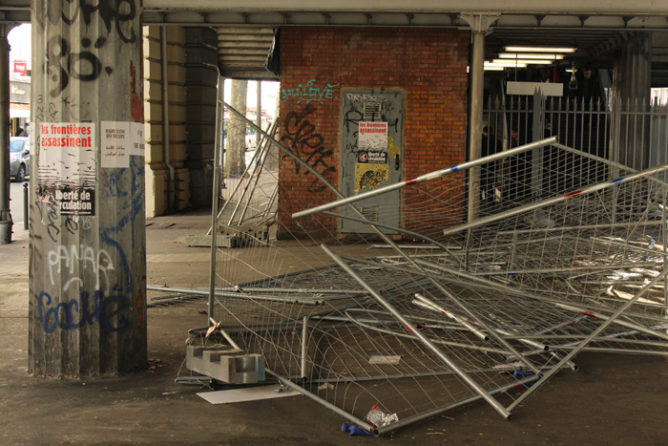 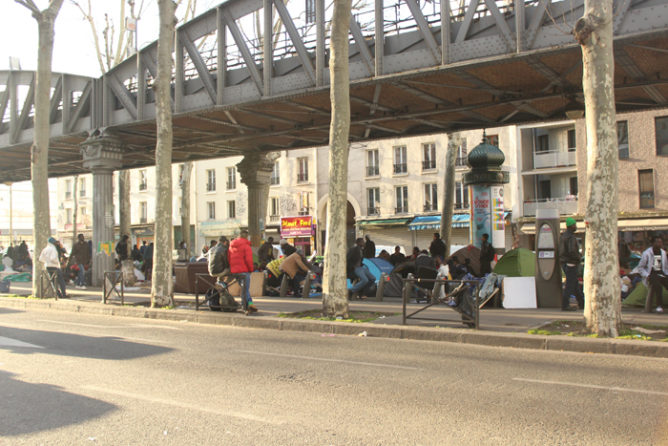 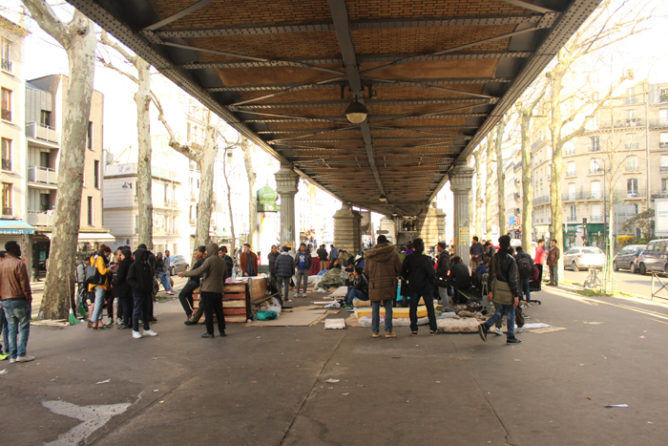 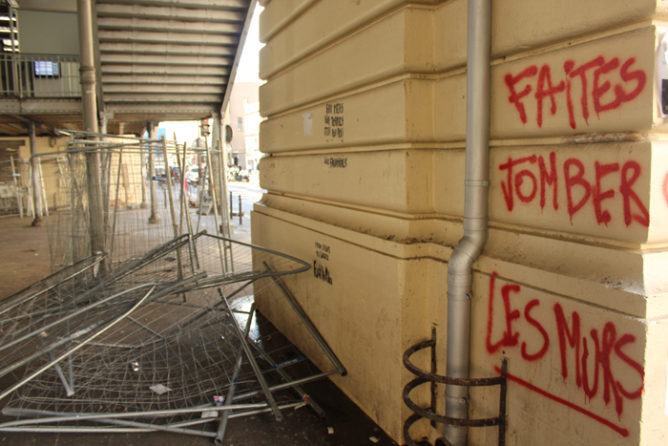 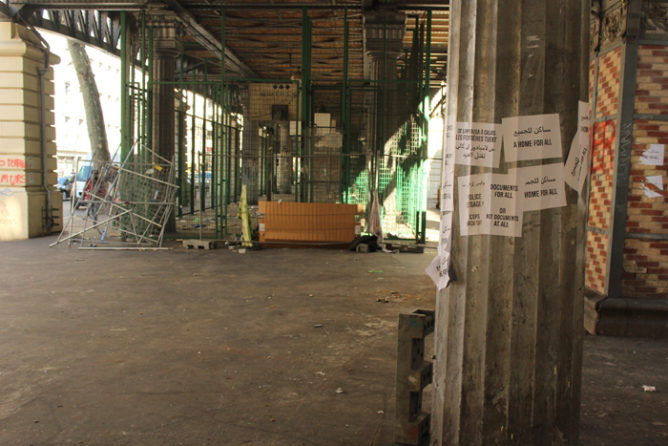 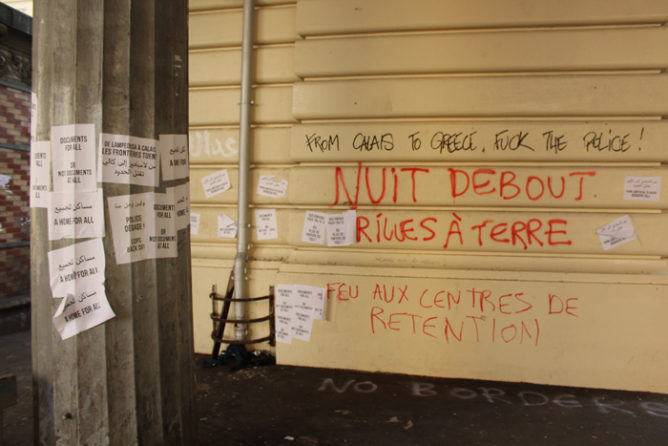