For Nikolaos Patsopoulos, the current situation in Europe is similar to the one in Russia right before the revolution and so should be the architecture that accompanies these shift of social paradigms. We discuss about the role of the architect in revolutionary movements, as (s)he has probably more to unlearn than to teach in this matter. For Nikolaos however, each body that modifies the way the built environment (in particular the street) operates politically can be called architect. We therefore spend the time to contrast these two figures sharing the same name of architect, one that contributes actively to the production of capital and of control, and the other that learn from the street and revolutionizes it. The optimism that Nikolaos shares with us is that the former can easily becomes the latter.

Nikolaos studied in several universities, served in the army and has a job, yet the only thing he remembers is how poorly he was trained to seek all that matters. In order to compensate he formed student unions, took part in strikes and demonstrations and found his training ground in the world’s oldest classroom, the street. He is still deeply fascinated by idealists dumb enough to believe that they can change the world.

Parallaxis or the 100tth Monkey Effect

J.G. Ballard once stated that the uneasy marriage of reason and nightmare which dominated the 20th century gave birth to an increasingly surreal world. Being part of this increasing madness it should be important for us to re consider things that we have taken as a given up until now. With a fragile, almost collapsing economical structure upon us and a mounting social tension, one comes to question what should the position of architecture be today, as a contributing form of science.

To cut a (really) long story short, the scenario of this thesis is the deformation and substitution of principles that would follow in the aftermath of a systemic collapse and the subsequent evolving process that would arise. Of course despite the immense questions (a.k.a. opportunities) that would come out of a situation like this, we have constrained ourselves only to a small part of the spatial enigma. According to David Harvey, it is easier for people today to conceive a future on Mars than a future not under Capitalism. So we made it our difficult task not only to imagine a different future but also to position architecture in it.

If the creation of the Soviet Union in the early 20’s was equal in importance and magnitude with the discovery of a new continent, then we can safely assume that the pilgrimages of the era were the newly invented Social Condensers. There were supposed to be the up most important elements in a society that would not structure itself around the market but around its interrelationships. As we know it didn’t take more than a decade to bring all this utopian thinking and acting to a flaming end.

But this is the point of our departure. We are imagining a world that could come into peace with the Marxist confrontation of the city versus the countryside. In the process of doing it, we are showcasing the re actualization of Manhattan as a contemporary urban intensification node, and main Capitalist stronghold to something completely different.

In order to do so, we are using the same spatial pilgrims the Soviets invented. This time around, they are not the sturdy, uneventful ancestors of their originators but they themselves have evolved. As we argue, the “human condition” is a constantly changing one, and our spatial elements should also be able to follow up. This feature is a key ingredient of our final outcome as a material totality and as a way of thinking.

It is our firm belief that things are a changing. It falls on us to choose the paths to follow, to be influenced and finally to influence. History has taught us, that we cannot change society through spatial formations alone, but we can still try to influence it. On the other hand, our desired outcome is based on the amazing unpredictability of introducing a new perspective into this world. So in plain terms the end goal here is to come up with a set of tools rooted mostly into the spatial realm, although the influences are coming from a vast variety of sciences (psychoanalysis, history, physics, geology etc), and give the opportunity for a new social order to use it and abuse it for its own scopes and purposes.

After all “freedom can only exist as a necessity”. (K. Marx)

All following images are courtesy of Nikolas Patsopoulos (2010-2011) 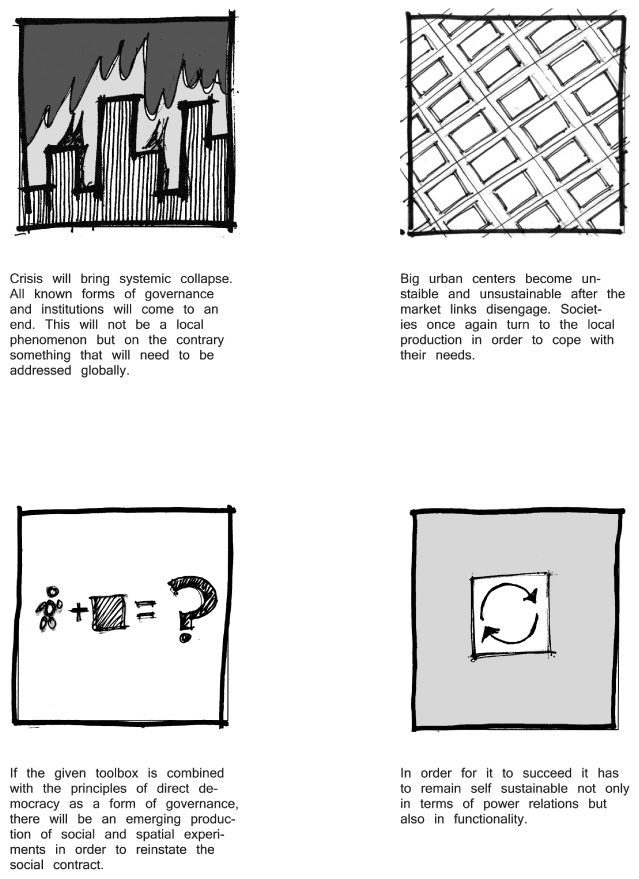 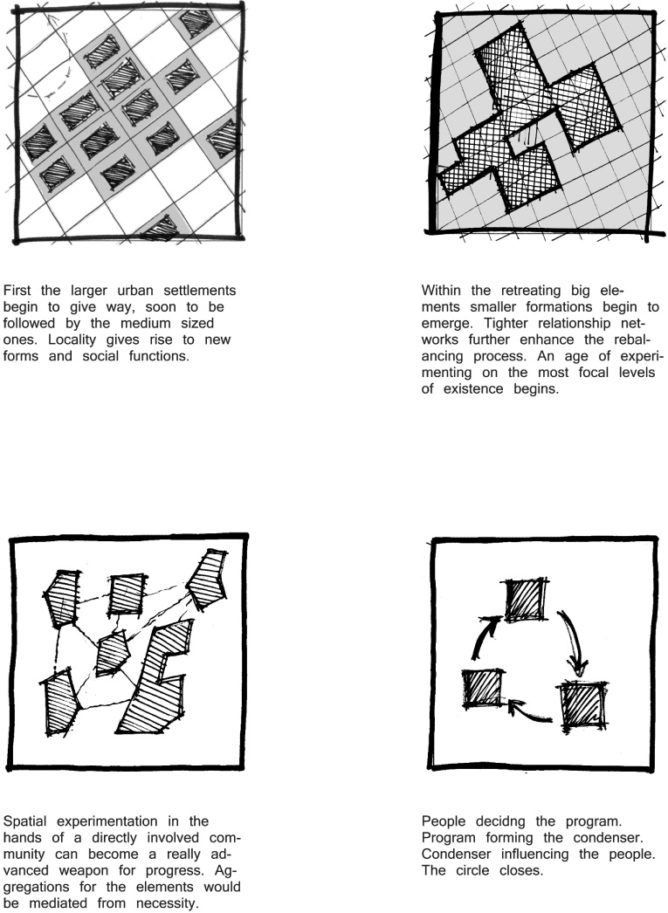 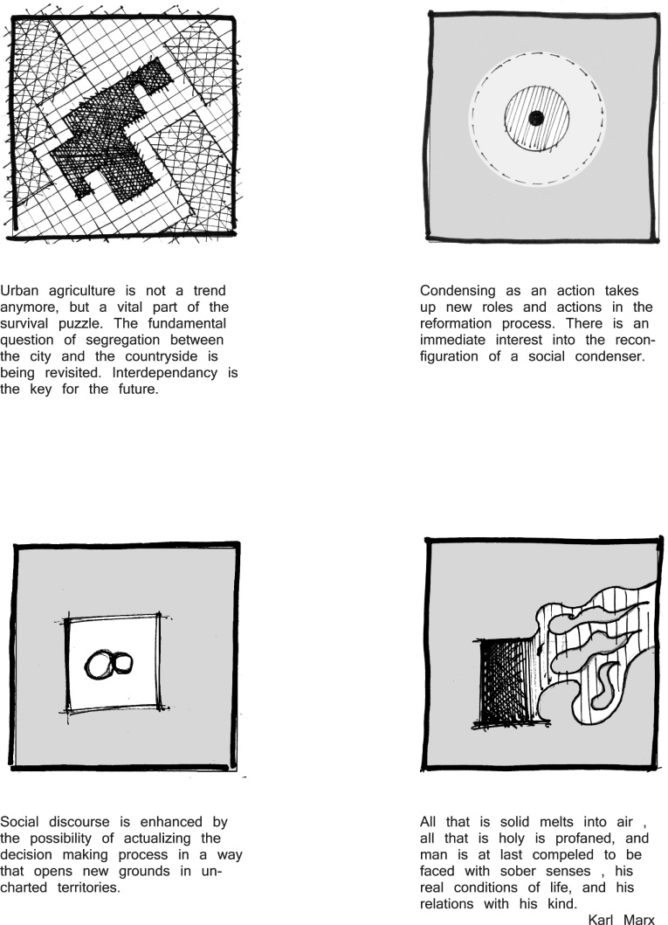 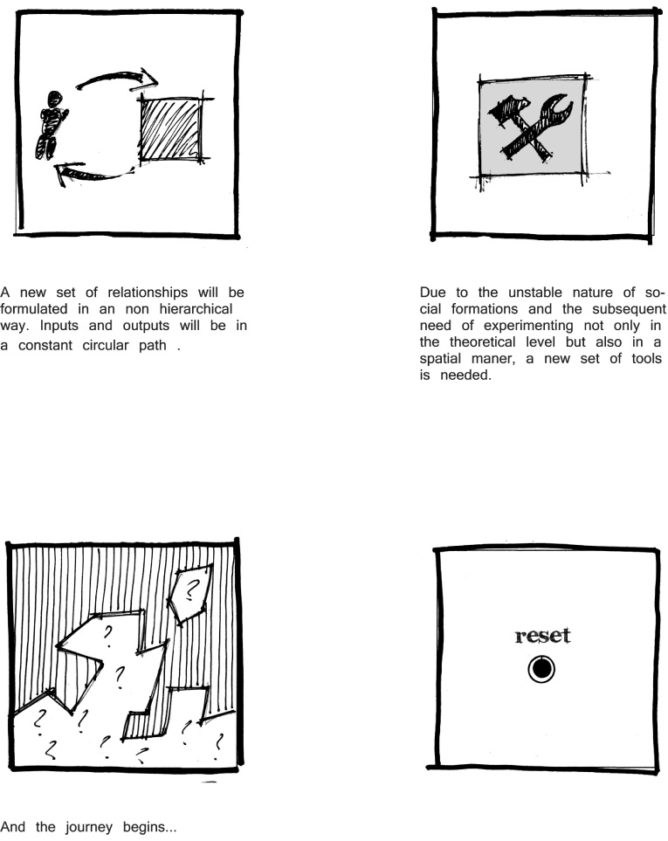 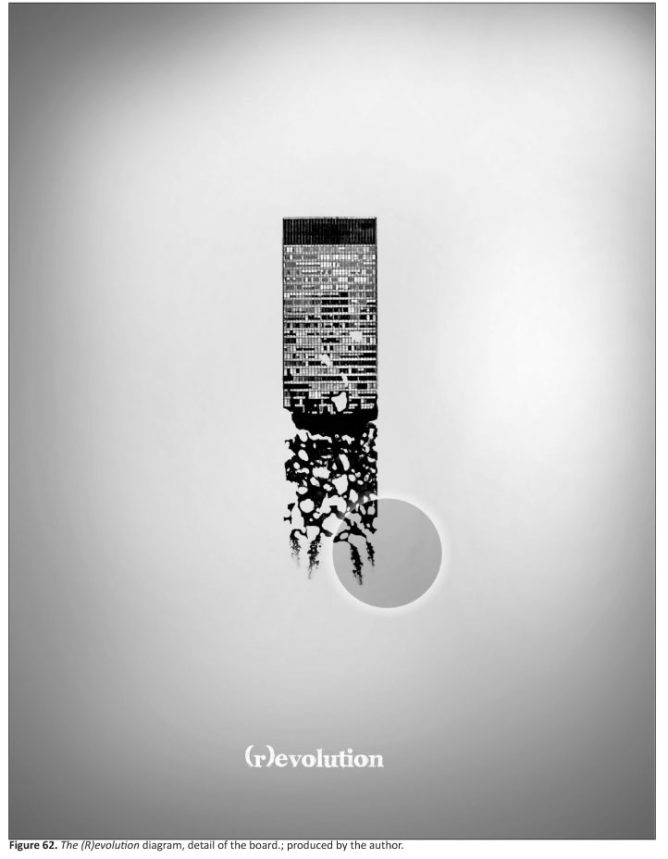 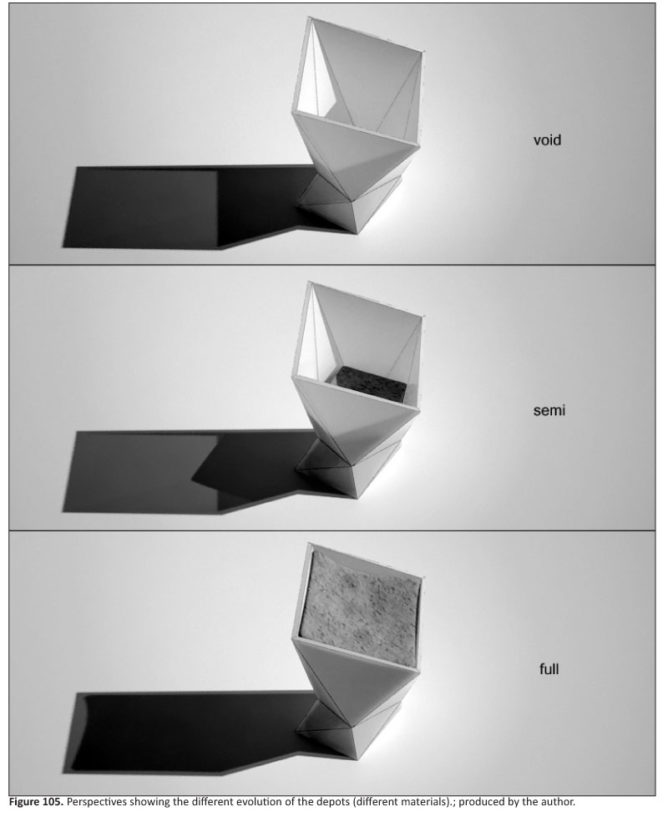 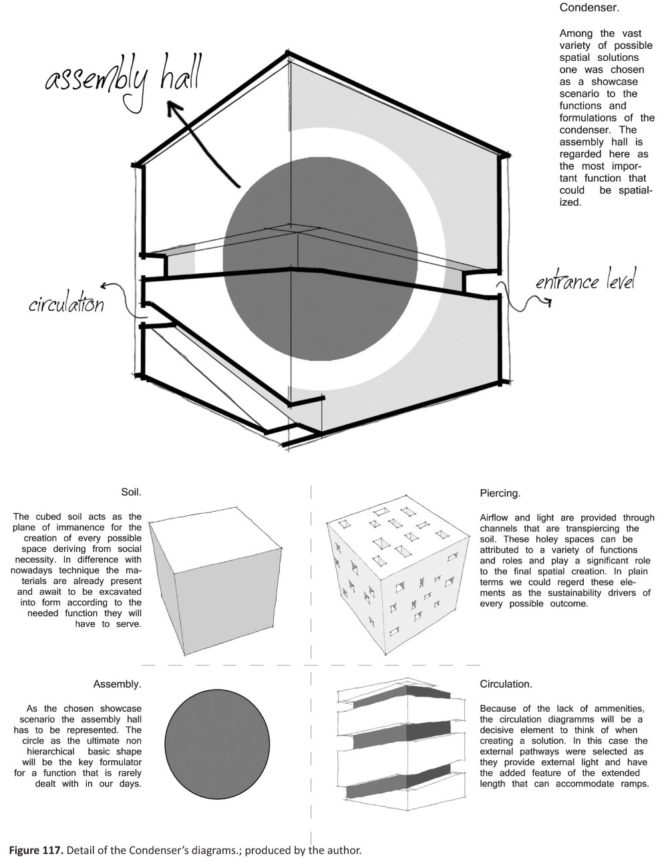 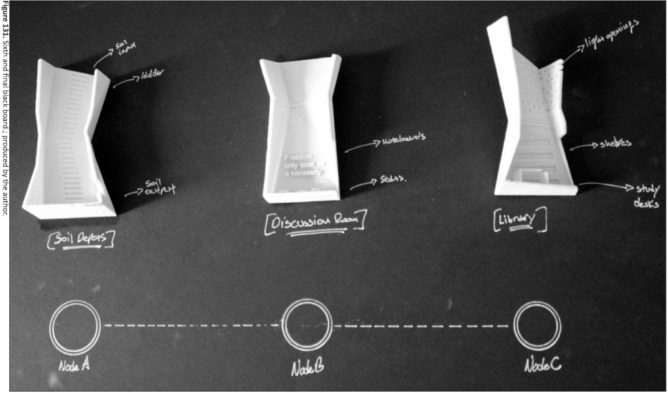 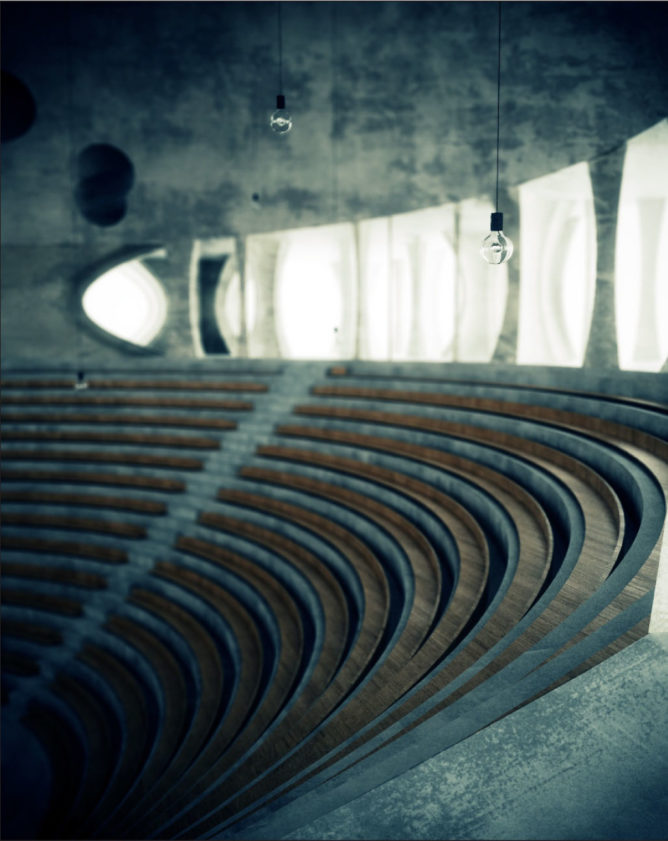 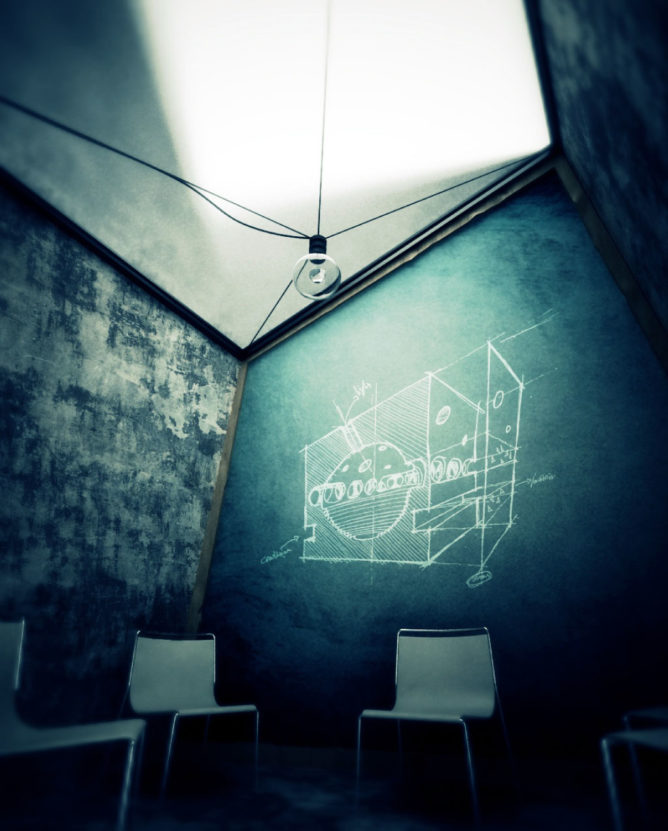 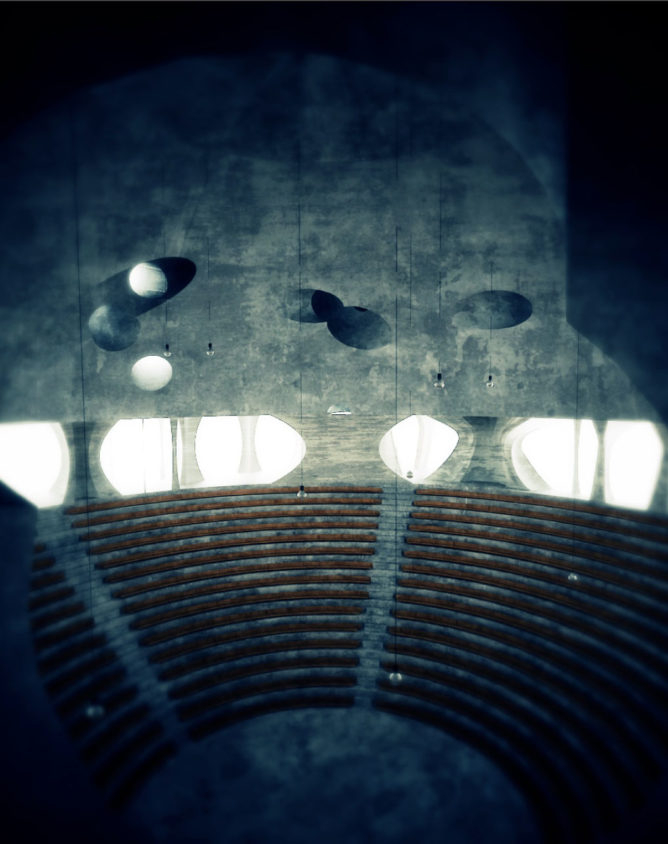