This conversation is a walk with Mensur Demir in Sarajevo. By joining four buildings designed by Ivan Straus (Electrical Management Building, Holiday Inn, and the “Twin Towers”) that have all witnessed the end of Yugoslavia, the three-year long siege on the city, and its reconstruction. Along the path, Mensur gives us an architectural account of how the war shaped the city, and the city that shaped the war between 1992 and 1996. We however remain careful not to attribute the identity of the city solely on these traumatic years, during which the three main Bosnian ethnic communities (Muslim Bosniaks, Orthodox Serbs, and Catholic Croats) that used to peacefully coexist, were forced into a dreadful war piloted from Belgrade by the Milosevic government.

Mensur Demir is born in Doboj in 1980. He left the Bosnian war in 1993, and spent the war exile from 1993-1995 in Munich, Germany. He started painting and exhibiting during war exile. After return to BiH, he studied architecture from 2000-06. He then worked as a teaching assistant at the Architecture Faculty of the University of Sarajevo (Basics of arch. design, public buildings), parallel to working at Studio Zec, a renowned sarajevan architecture office. He currently teaches at the Burch University Department of Architecture, and combines architectural theory and practice, writing about architecture (i.e. for the croatian magazine Oris), creating illustrations and live painting performances. He lives and works in Sarajevo.

All photographs by Léopold Lambert (September 2015): 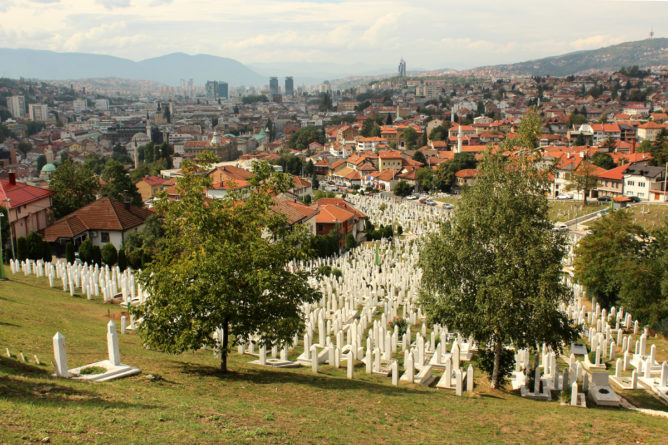 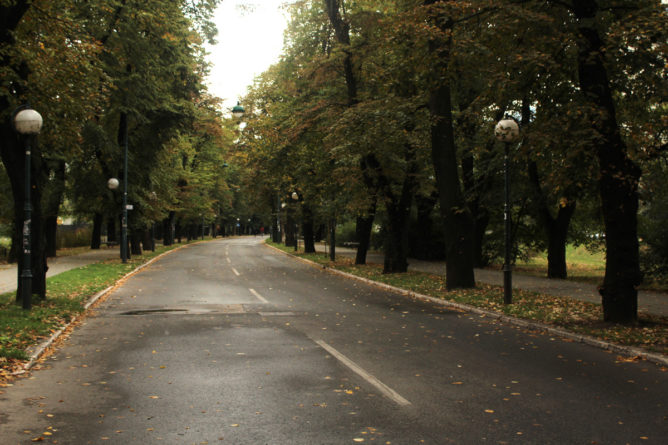 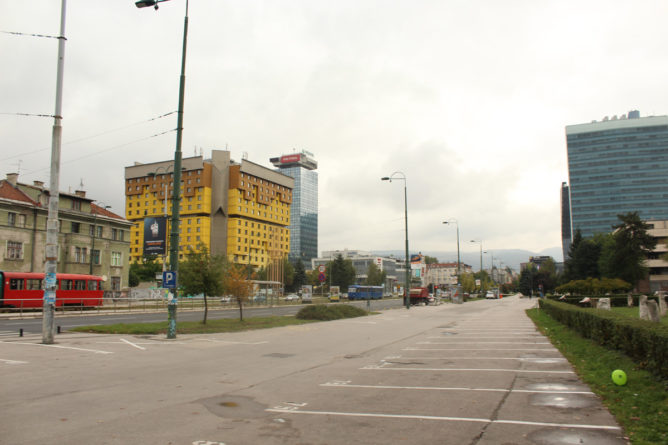 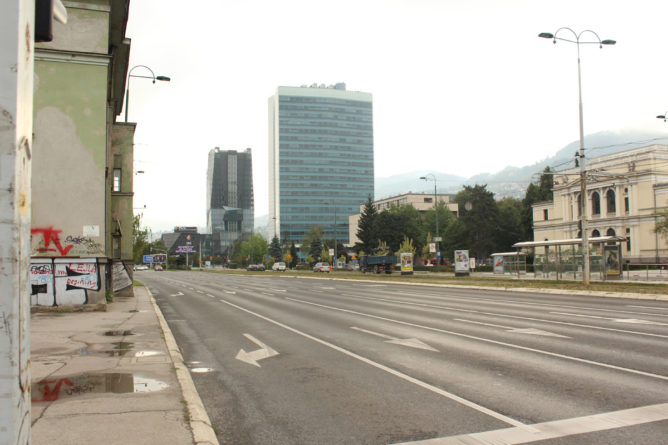 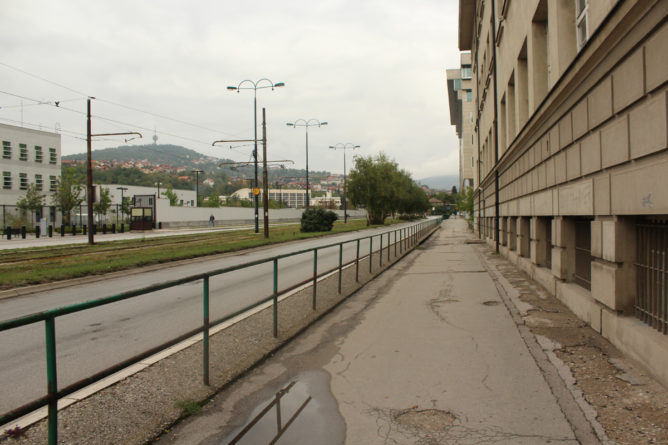 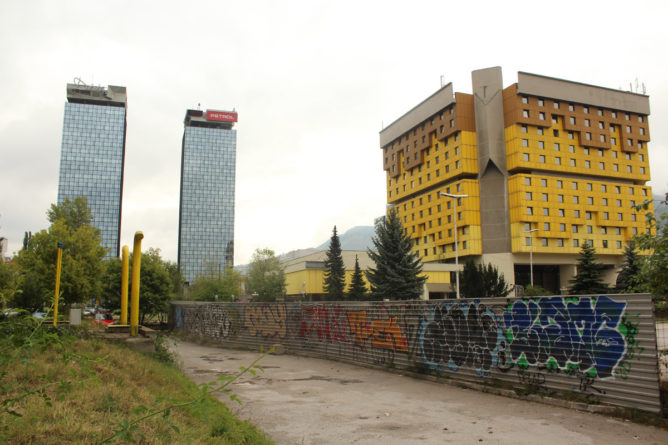 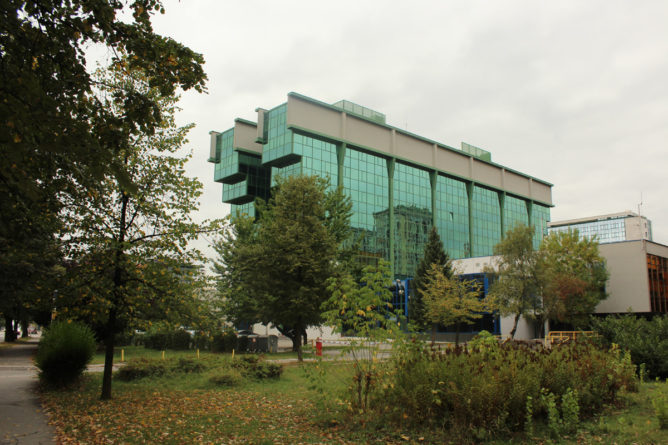 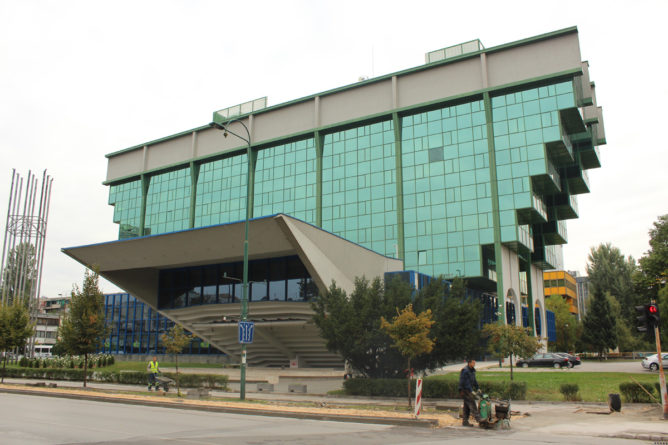 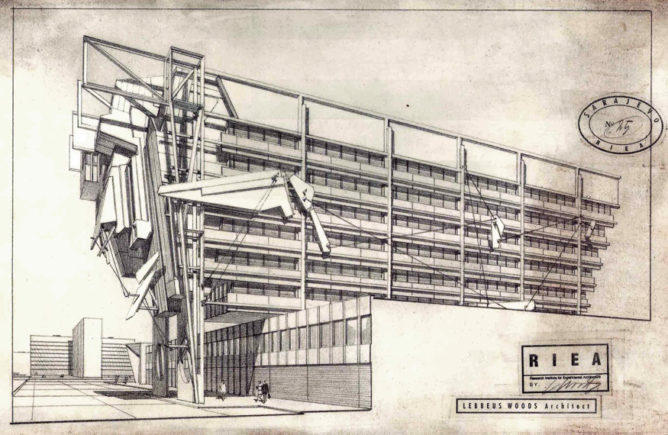 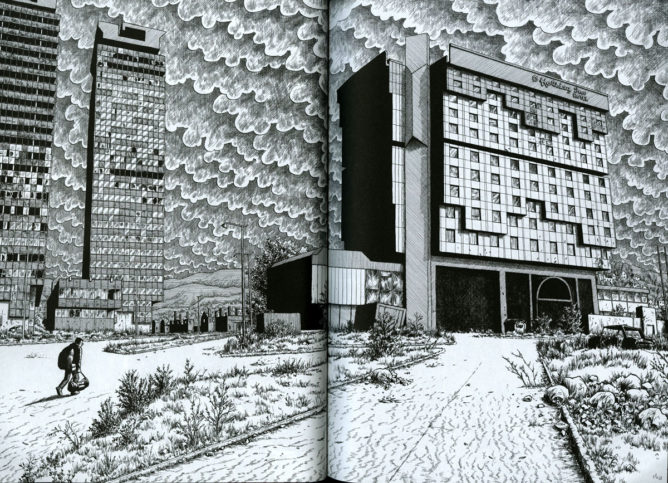