Two Conversations from the Walls of Fortress SchengenThis short conversation with Marjetka P. has the particularity to be recorded in the ‘thickness’ of the border between Slovenia and Croatia, where a new fence materializes and drastically filters the access to the Schengen space — Croatia is a member of the E.U. but not yet of Schengen. In this discussion in situ, we address the current situation both locally (i.e. in Slovenia) and more broadly, at the scale of what is legitimate to call “Fortress Schengen.” This conversation is followed by an even shorter one, recorded with Matija Kralj, who has been documenting the spatiality and activity of the Dobova refugee procession center, on the road from Zagreb to Austria.

Marjetka P. has a BA in Journalism and a BA in English language, an MA in International Security and Terrorism, and a PhD in Ethno-Political Studies. Her research interests include the construction of reality through discourse, the relationship between knowledge and power, and the Israeli–Palestinian conflict. She worked at the Office of the Prime Minister of the Republic of Slovenia and at the National Assembly of the Republic of Slovenia.

– Léopold Lambert, “Fortress Schengen: Report of the Wall as a Spectacular Rumor,” on The Funambulist (February 26, 2016)

– Photographs from the Slovenian border at Metlika by Léopold Lambert (February 2016): 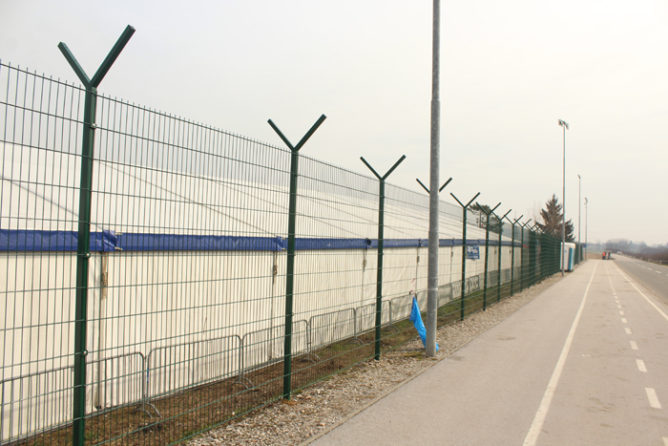 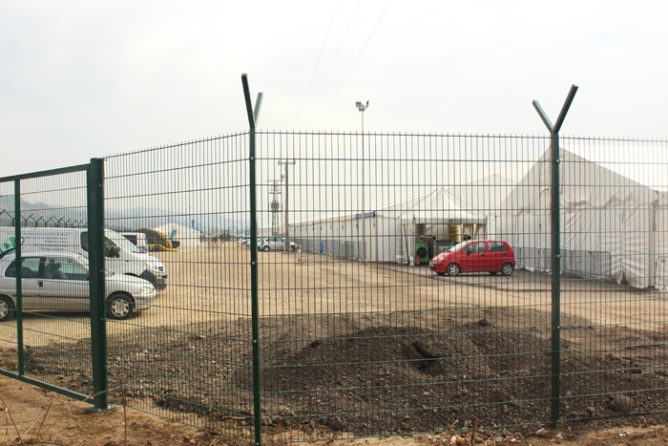 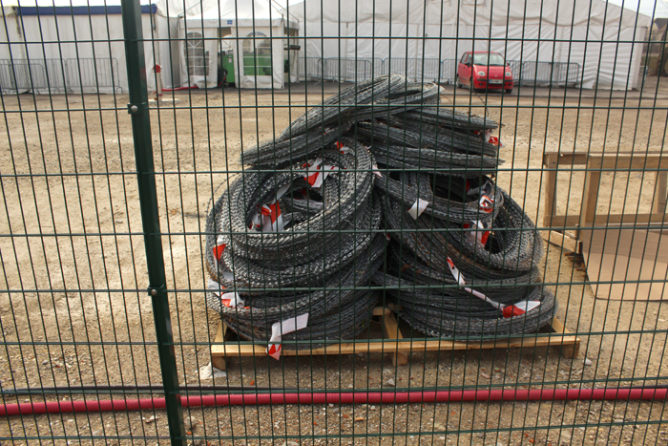 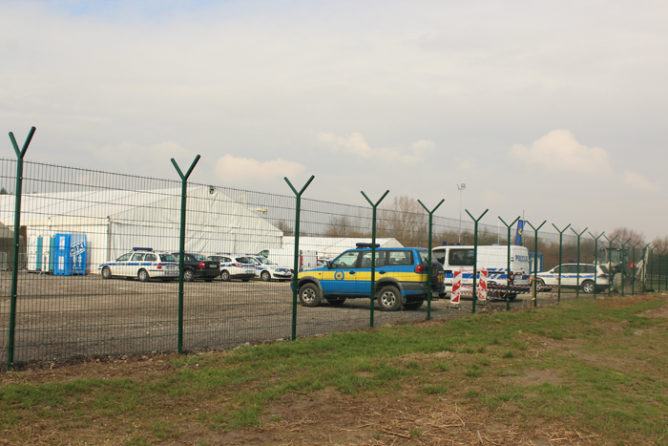 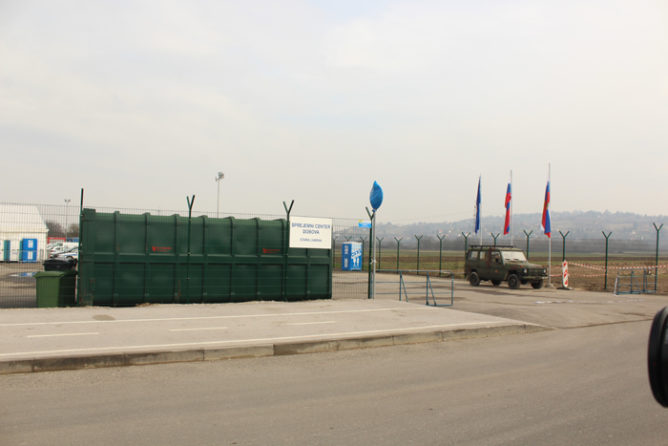