This (bilingual) conversation with clothing designer Liliam Dooley has for object her most recent work, Project X (see below) for which she cut two distinct second-hand dresses and assemble them together to produce a third one. The particularity of this project is to voluntarily function with low costs of production in order to address a broader social audience than unique clothing usually does. Creativity and economic justice are therefore involved by a designer who has for aim to disappear. These clothing are the meeting point of three designers (the two original ones and Liliam), but also three bodies who influence the cloth in their uniqueness.
Thank you to Gean Moreno for simultaneously translating this conversation.

Liliam Dooley is a designer and artist working primarily with conceptual and critical design. She studied at Higher Institute of Design in Havana and in the academy of fine arts San Alejandro. She is now working on her recent project called X. Recent works include: a collaboration for the performance Emerald House at The Bakery (Miami, 2014), the project X, that was exhibited at Factoría Habana (Havana Sept 2013); costume design for performance Aquarius Juice at Light Box (Miami, 2012); project Spirals in a collaboration with performance Think like a guy in Inkub8 (Miami, 2010).

– X (all texts and photographs by Liliam Dooley):

Project X consists of search methods that give a second life to second-hand clothes. It’s not a finite project or a collection; is open and infinite. Also is not a fashion project, is a timeless project. Its aim is to reuse recycled clothing entirely, keeping its original structures. In this way, it reduces the re-manufacture time without generating waste and can be sold at a standard price. From that perspective, I’m interested in finding different “constructive” methods with a pragmatic approach, fast and radicals methods that can make a “twist” to the image to achieve dissimilar, “imperfect” and unique products, but with an inclusive rather than an exclusive logic. The new structure is generated and imposed by a method, not by your own formal criterion.

Method No. 1 of this project, consists of joining two parts of two different garments. With a single vertical cut at the center or in the third part, depending where technically is more appropriate; I separate the garments in two parts and exchange the halves. These two halves from two different dresses will generate a new garment. The new dress will hosts new tensions, the sewing moves, one size is lost, the lengths could turn uneven, a decoration is mutilated, each material pulls towards itself and at the same time, I match two brands of clothes and two lives stories in one piece. In this project the authorship is share and the originality is relative, moving the value systems into a creative process stimulated by the environmental critical situation:  According to the Council for Textile Recycling, only 12% of the clothes and textile discarded annually are recycled, that is to say, 2.5 billions of pounds! 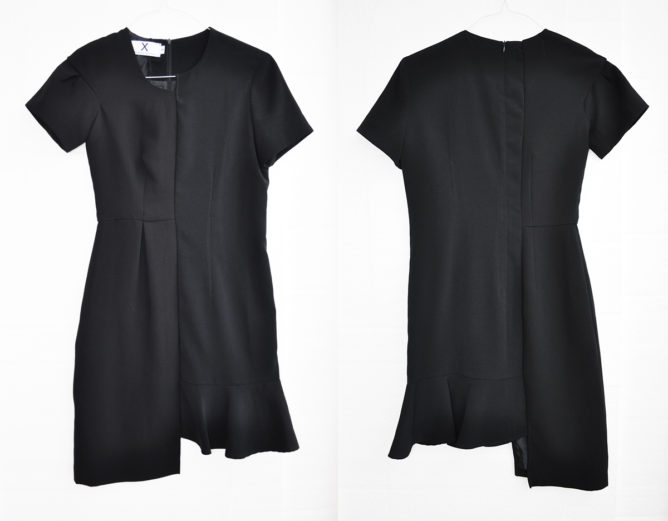 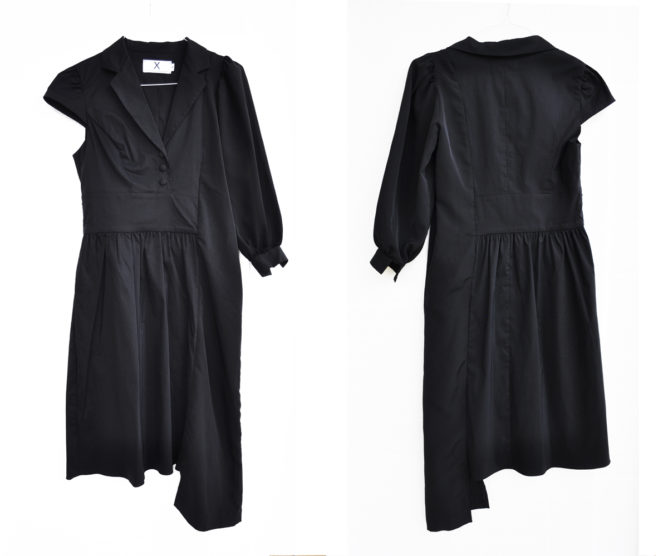 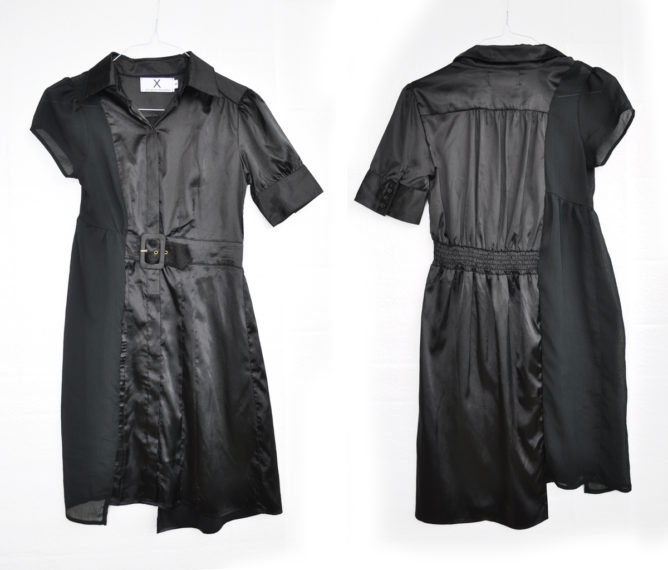 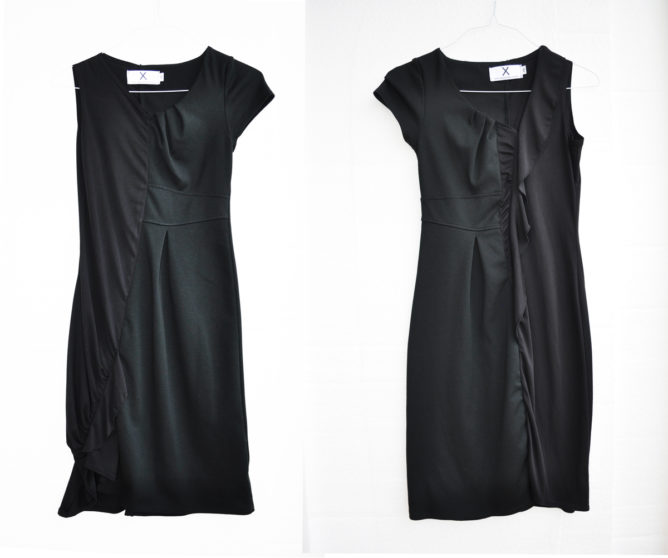 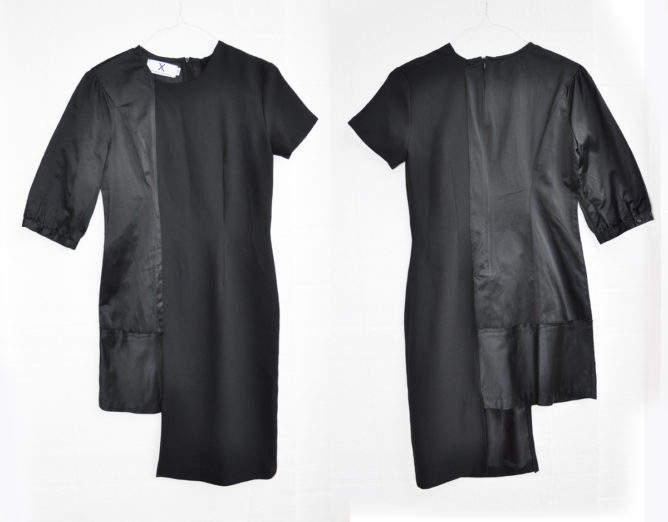 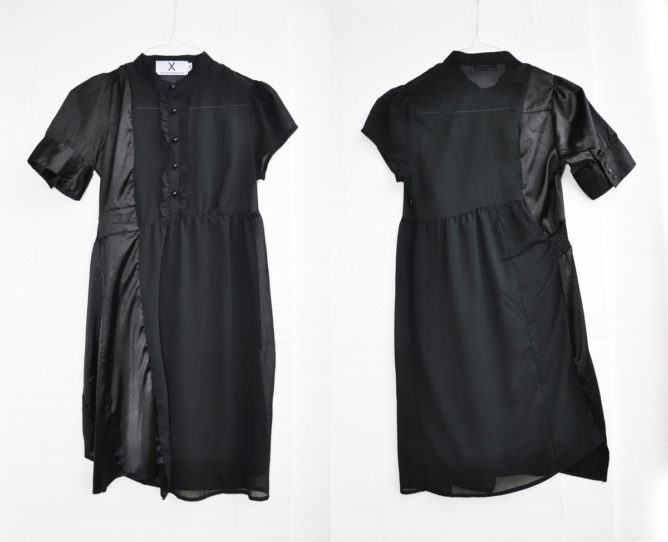