THE GEOPOLITICS OF MARITIME TRANSPORTATION IN THE MIDDLE EAST
Conversation recorded with Laleh Khalili in London on May 18, 2015

This conversation with Laleh Khalili evolves around her on-going research about the geopolitics at work in the capitalist and military ship transportation around the Arabian Peninsula. This interview is structured in a geographical manner, reproducing the trip Laleh accomplished in February 2015 on a container ship between Malta and Jabal Ali (Dubai’s container port). We first address the politics of the ship itself, before going through the Suez Canal, the Red Sea, the Gulf of Aden, the Gulf of Oman, the Hormuz Strait, and the Persian Gulf, to finally end on the narrow Iraqi shores.

Laleh Khalili is a professor of Middle East Politics at SOAS, University of London.  She is the author of Heroes and Martyrs of Palestine: The Politics of National Commemoration (Cambridge 2007) and Time in the Shadows: Confinement in Counterinsurgencies (Stanford 2013), the editor of Modern Arab Politics (Routledge 2008) and co-editor (with Jillian Schwedler) of Policing and Prisons in the Middle East: Formations of Coercion (Hurst/Oxford 2010).

– Toby Craig Jones, “What Iran Air Flight 655 says about America’s role in the Middle East,” in the Washington Post (October 17, 2013)
– Léopold Lambert, “The Other Suez Canal: On the Internet Infrastructure,” on The Funambulist (March 14, 2015) 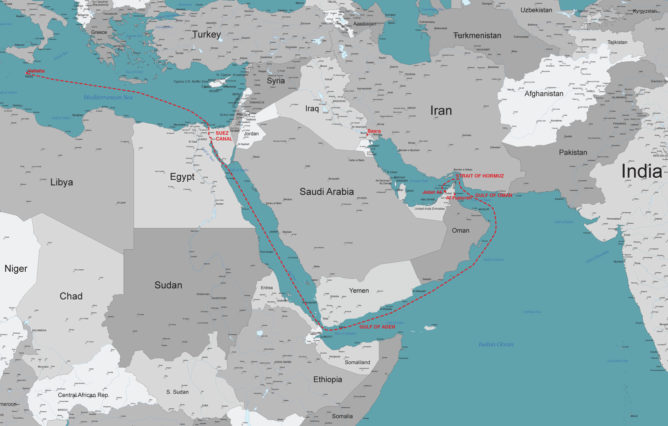 – All photographs by Laleh Khalili in the Suez Canal and the Red Sea (February 2015): 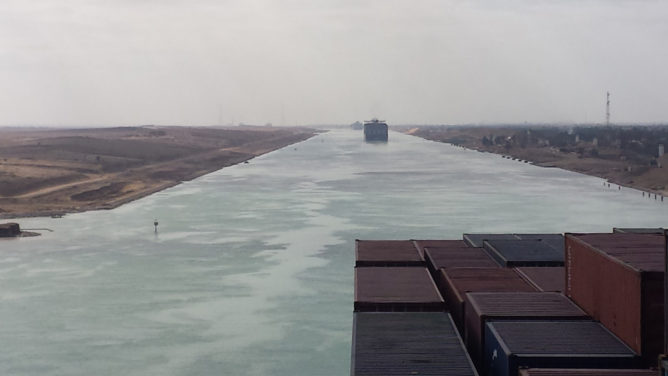 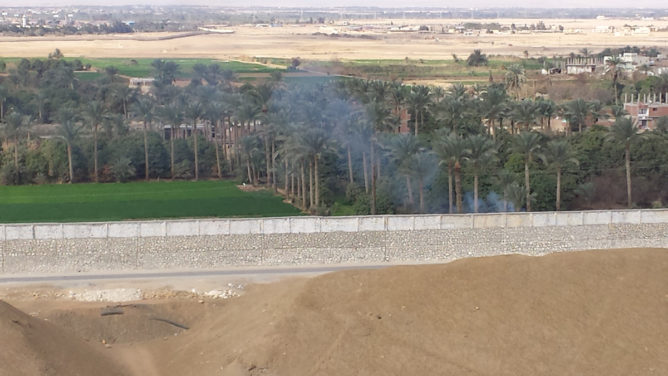 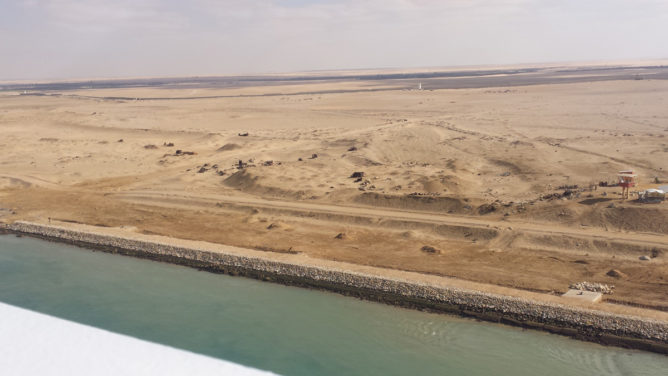 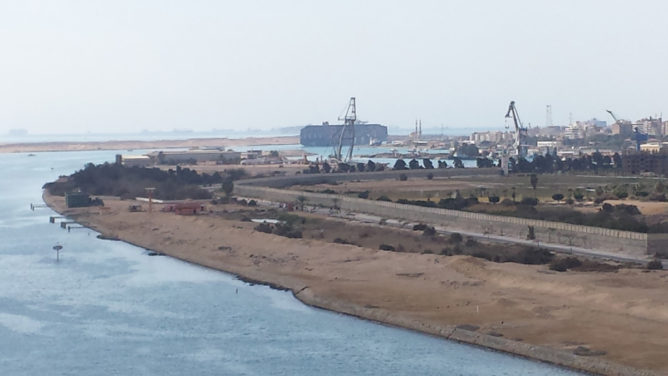 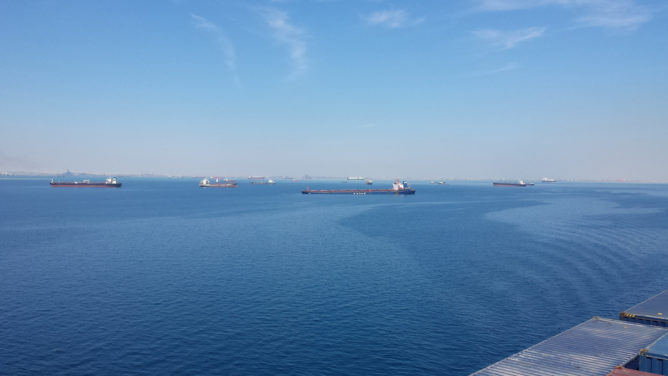