This conversation with Eyal Weizman was recorded in February 2017 in order to be featured as a main component of the 12th issue of The Funambulist Magazine, entitled “Designed Destructions.” In it we address both descriptively and analytically the work of Forensic Architecture, a research agency at Goldsmiths, University of London, that he founded and directs, gathering architects, artists, filmmakers, and authors to investigate geopolitical crimes in which architecture or territorial components can be approached as witnesses and evidences. Although the agency’s investigations involves a variety of geographies (Guatemala, Syria, Serbia, Pakistan, etc.), this conversation mostly focuses on Palestine in general, and Rafah, Gaza in particular.

Eyal Weizman is an architect, Professor of Spatial and Visual Cultures, and Director of the Centre for Research Architecture at Goldsmiths, University of London. He is a founding member of the architectural collective DAAR in Beit Sahour/Palestine. His books include Forensic Architecture: Violence at the Threshold of Detectability (2017), The Conflict Shoreline (with Fazal Sheikh, 2015), FORENSIS (with Anselm Franke, 2014), Mengele’s Skull (with Thomas Keenan at Sterenberg Press, 2012), Forensic Architecture (dOCUMENTA13 notebook, 2012), The Least of All Possible Evils (Nottetempo 2009, Verso 2011), Hollow Land (Verso, 2007), A Civilian Occupation (Verso, 2003), the series Territories 1, 2 and 3, Yellow Rhythms and many articles in journals, magazines and edited books. He has worked with a variety of NGOs worldwide, and was a member of the B’Tselem board of directors. He lectured, curated and organised conferences in many institutions worldwide. 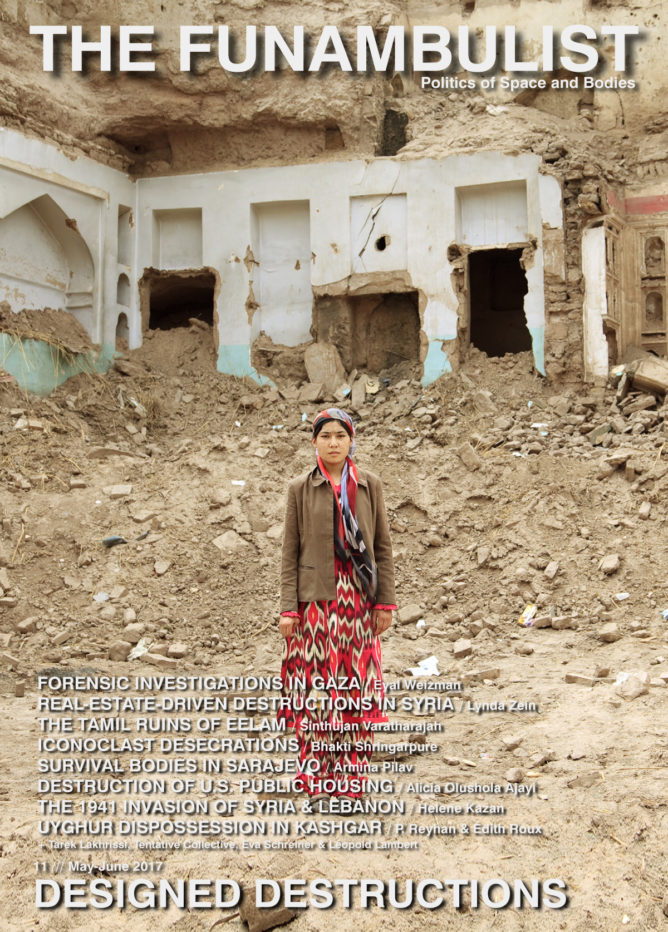