This podcast, recorded with the three founders of Demilit (Bryan Finoki, Nick Sowers, and Javier Arbona) is a precedent for Archipelago since it constitutes both a walk to examine the hyper controlled policed space of downtown Oakland and a receptacle for the echoes of Occupy Oakland that comes as interludes to our discussion. We observe objects and spaces that are produced by securitarian logic that often attempt to dissimulate their function by an aesthetic of the ordinary. Starting from Oakland City Hall where Occupy used to have its encampment, we spend the first part of the conversation around the administrative/corporate center of the city before drifting away from it to reach the urban barrier that both the highway and the police headquarters and the jail constitutes in a clear cut of the city. Be sure to listen to Nick’s long recording of Occupy Oakland at the end of the podcast (starts at 1:00:00).

Demilit (@demilit) scours landscapes for quotidian connections between spaces, objects, individuals, and authority. Founded in 2010, initially to participate in the Just Metropolis Conference at UC Berkeley, Demilit is Bryan Finoki, Nick Sowers, and Javier Arbona. In addition, the trio works with various collaborators on specific projects, performances, and improvisations. Demilit is a playful collaboration focused on walking, exploring, listening, and experimenting. At its inception, Demilit was especially interested in the politics of archiving and knowledge dissemination, an area that continues to inform its work. New projects in development focus on surveillance and place.

Bryan Finoki (@subtopes) is a writer and artist tracing the feedback loop between spatial militarization, contested geography, carceral forms, “experimental neuroentomology”, sonic power and imaginaries. His blog–Subtopia–remains an archival excavation into “military urbanism” and has been featured and drawn upon for numerous international events and projects. He’s been an adjunct professor at Woodbury University’s School of Arch. in San Diego, and is currently exploring the psychoacoustics of memory, doppelgänger and landscape. See his Funambulist contributor page.

Nick Sowers (@soundscrapers) is a Sound Architect. He launched his Oakland-based practice Soundscrapers in 2008, where he is currently building out an office for a tech company DIY.org in San Francisco in addition to several residential projects involving sound in the domestic environment. In 2009, Nick traveled the world on a fellowship to study abandoned military bases, bunkers, and other fortifications. See his Funambulist contributor page.

Javier Arbona (AlJavieera) researches military landscapes and the production of heritage, memory, and space. In the summer of 2014, he will begin a position as a Chancellor’s Postdoctoral Fellow in American Studies at the University of California, Davis, working under the mentorship of Prof. Caren Kaplan. He is currently working on a book manuscript based on his dissertation. His study looks at the landscapes for memorializing the 1944 Port Chicago explosion in the San Francisco Bay Area and the subsequent African American work strike to resist segregation in the military. See his Funambulist contributor page.

CONTRIBUTION TO THE FUNAMBULIST MAGAZINE:
– “OKLDCAAN: Capital Building of the Oakland Security Cloud,” in The Funambulist 1 (Sep-Oct 2015) Militarized Cities.

REPORT FROM OUR WALK IN DOWNTOWN OAKLAND:

– Reference Maps of Downtown Oakland (all numbers on the map refers to the following photographs): 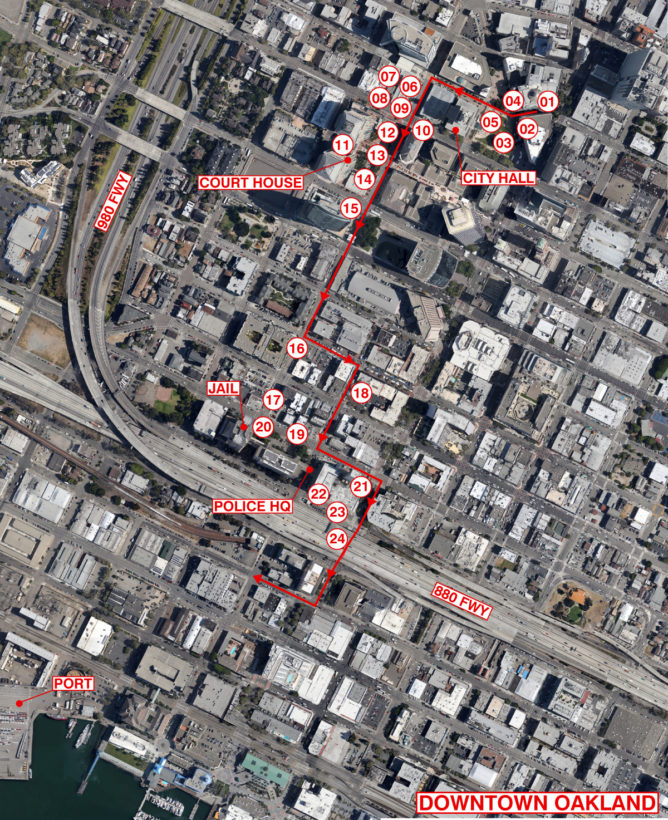 – Photographs (all by either Léopold Lambert or Nick Sowers): 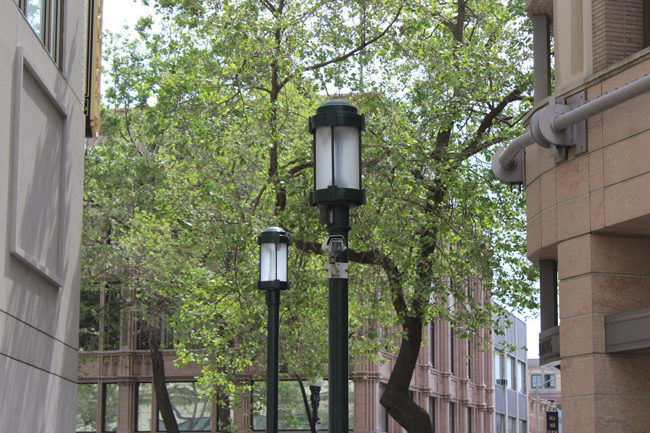 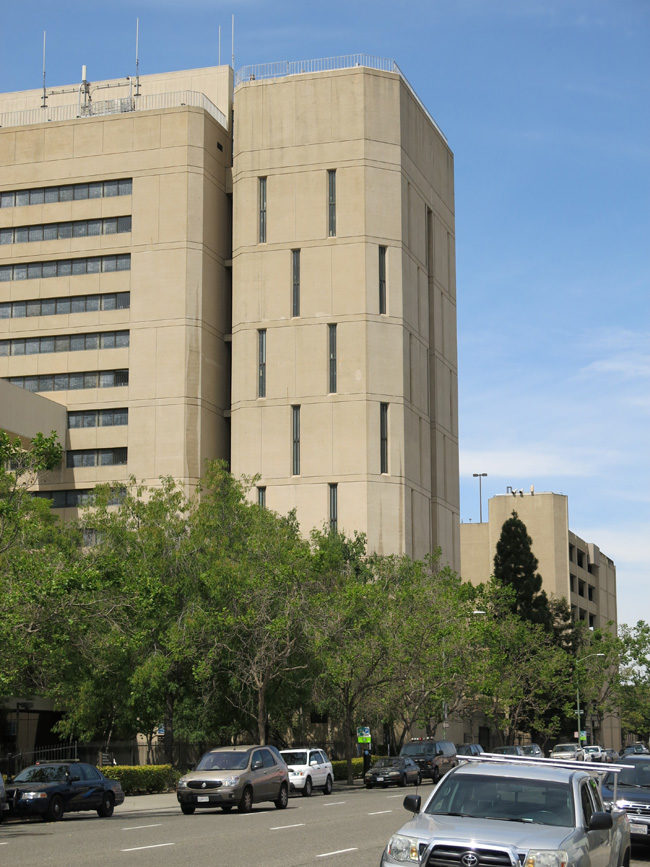 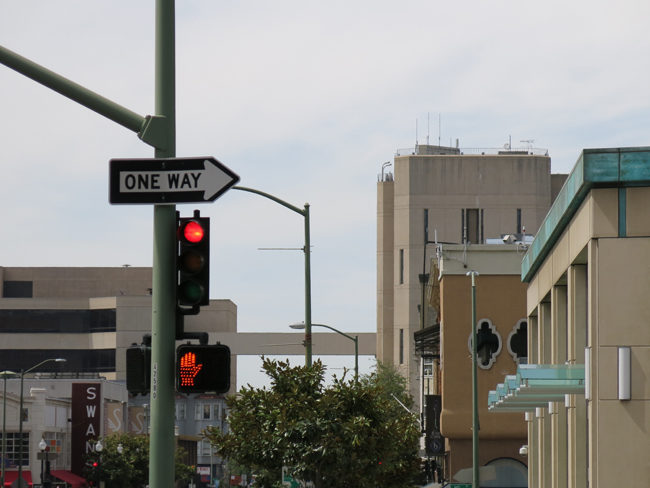 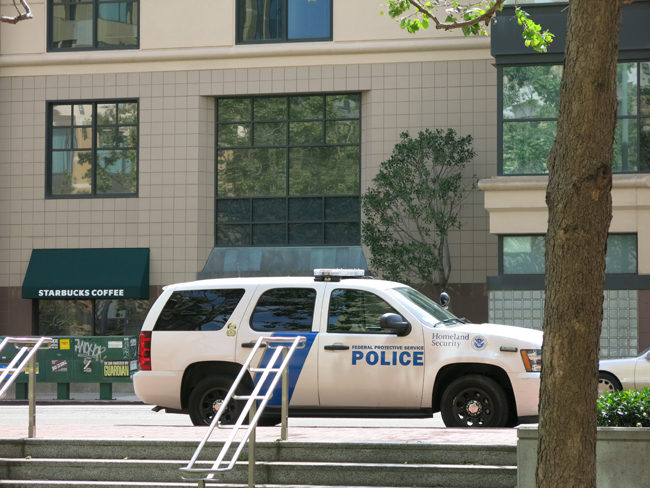 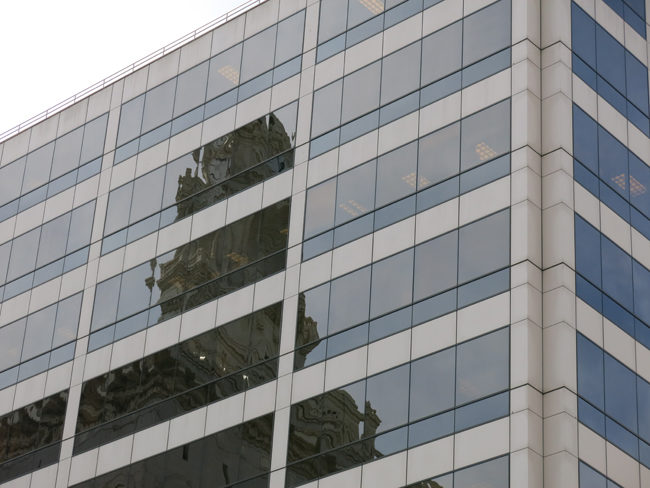 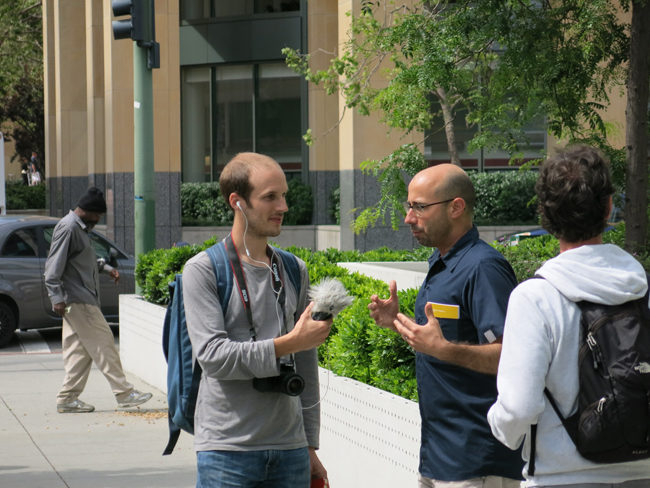 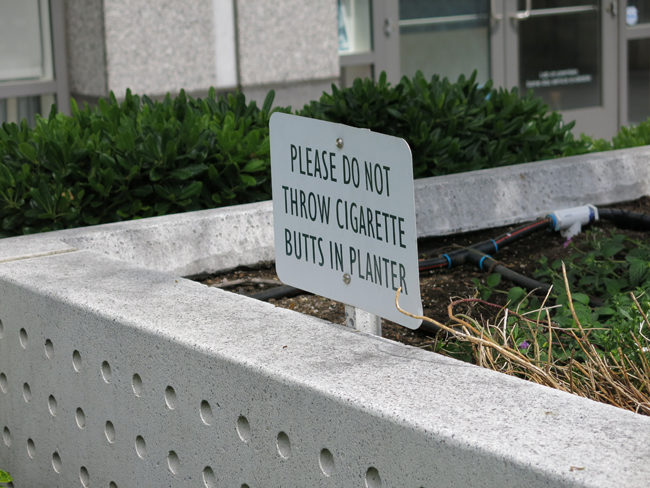 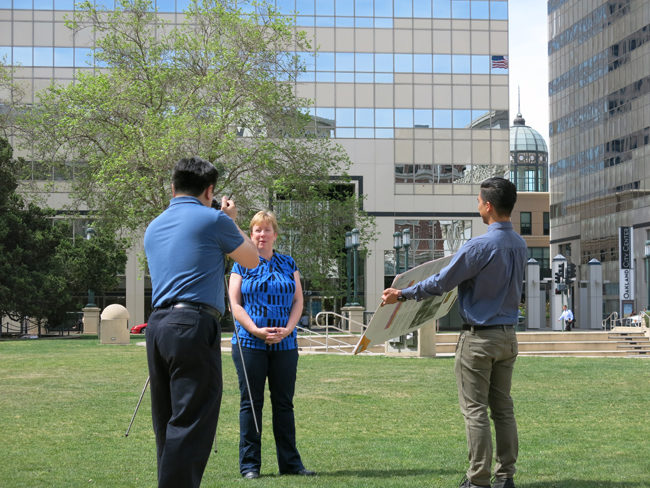 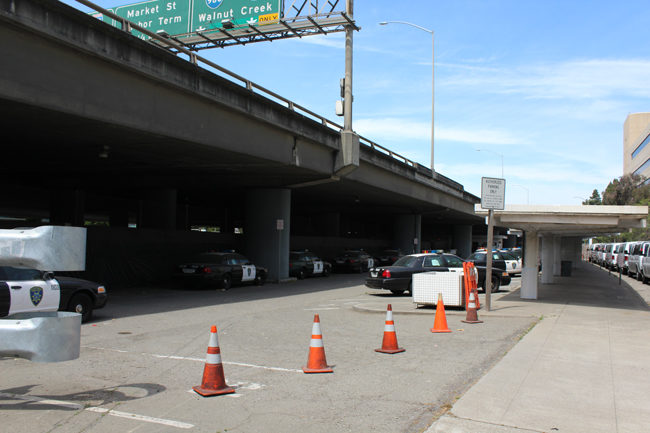 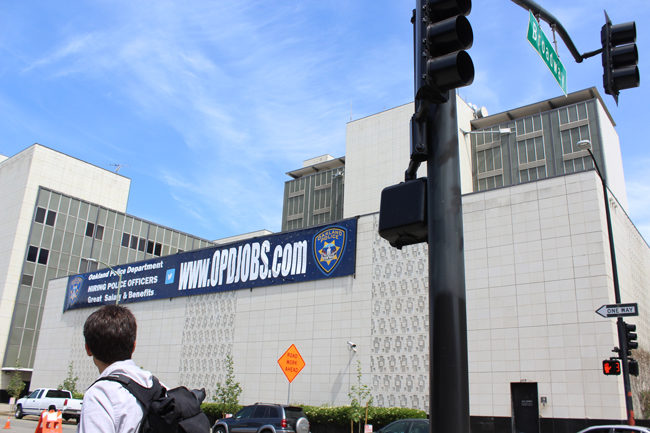 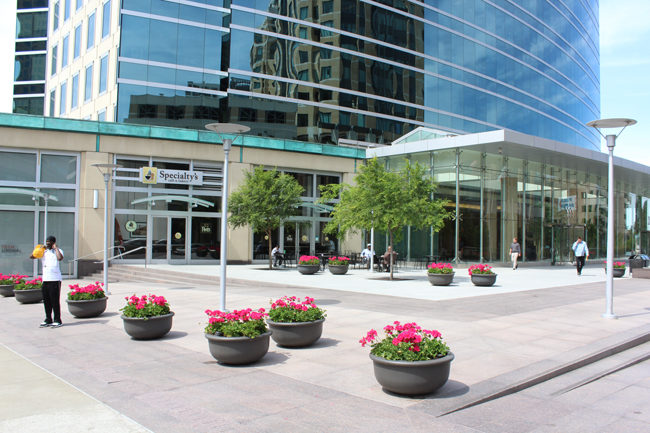 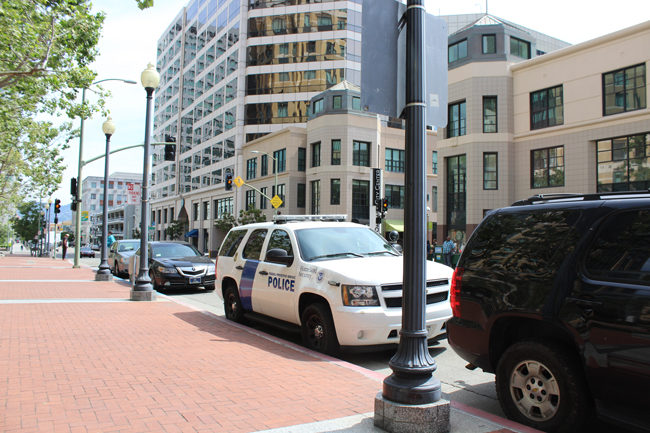 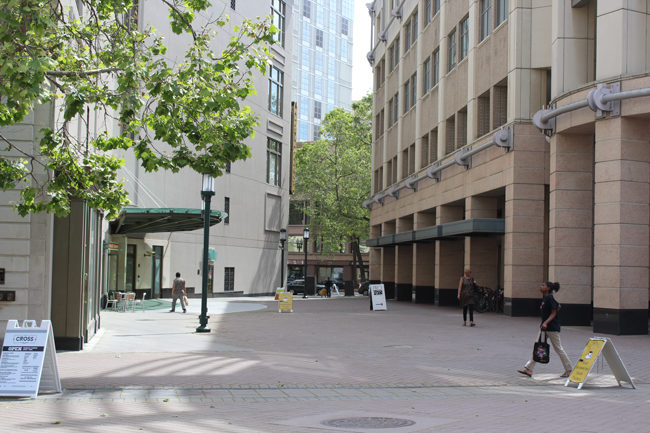 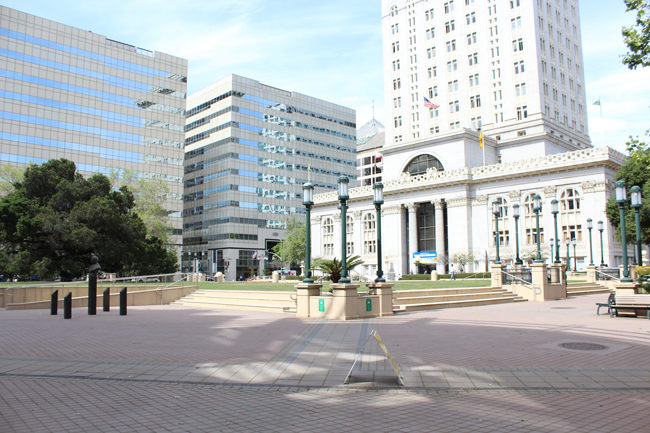