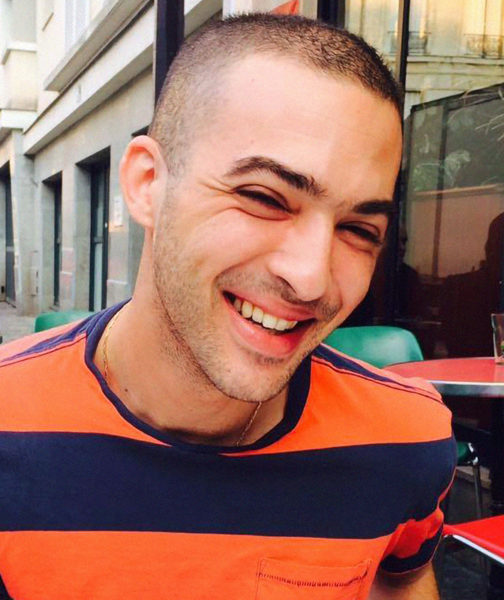 Walid Bouchouchi founded Studio Akakir in 2016 in Paris after having graduated from Algiers’ École Supérieure des Beaux Arts. He responses to missions of art direction and graphic design, from creating typographies to graphic identities. He has conceived the visual identity of several international art festivals, such as Aflam in Marseille, Kalima Fiesta in Brussels, Phonetics in Algiers, or OneBeat in New York. He creates bridges between various systems of graphic expressions, and elaborate a multi-scriptural visual language in which coexist several cultures. He takes position against the homogenization of images and thinks of his work in the deconstruction of dominating visual references and mobilizing common symbols. He now works from Marseille and has been The Funambulist’s graphic designer since issue 40.