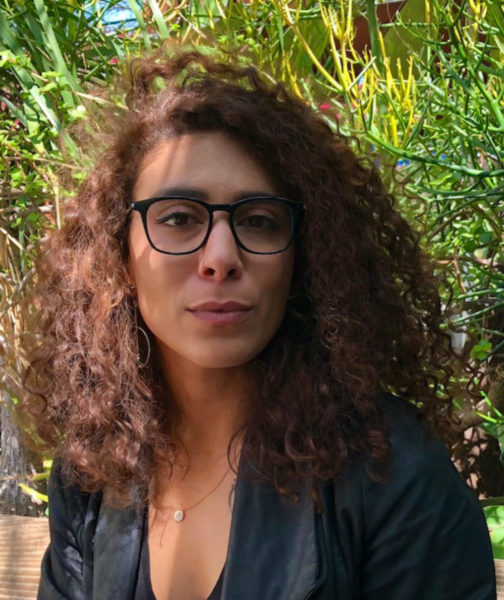 Sophia Azeb is a Provost’s Postdoctoral Fellow in the Department of English Language and Literature at the University of Chicago. She received her Ph.D. in American Studies & Ethnicity from the University of Southern California in 2016, and was a Provost’s Postdoctoral Fellow at New York University until 2018. Her current book project, Another Country: Constellations of Blackness in Afro-Arab Cultural Expression, theorizes how blackness is articulated and mobilized by African American, African, and Afro-Arab writers, artists, and political figures in North Africa and Europe during the post-war twentieth century. From 2011 – 2016, Azeb wrote on the contemporary resonance of these research interests for the critical media blog Africa is a Country. Her writing on politics, popular culture, and the arts has appeared in the Chimurenga Chronic, The Funambulist platform, KCET Artbound, The Feminist Wire, and The New Inquiry.