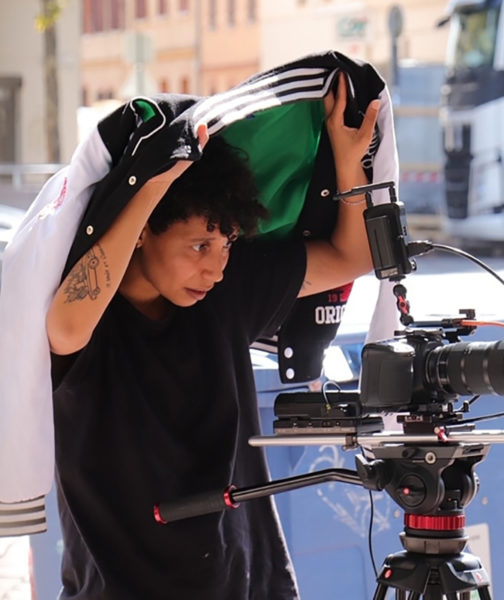 Meryem-Bahia Arfaoui is an activist of Tunisian descent who grew up in a working-class neighborhood in Toulouse, France. After having obtained a degree in geopolitics, she started a PhD aiming at questioning the relationship between time and power. She interrupted this PhD and went back to Toulouse where she has been organizing in antiracist, working-class, feminist, queer, and anti-carceral movements for the last three years. She is currently working in an association that accompanies Toulouse working-class neighborhoods’ youth to create movies. She has directed two short movies herself and contemplates resuming her research.