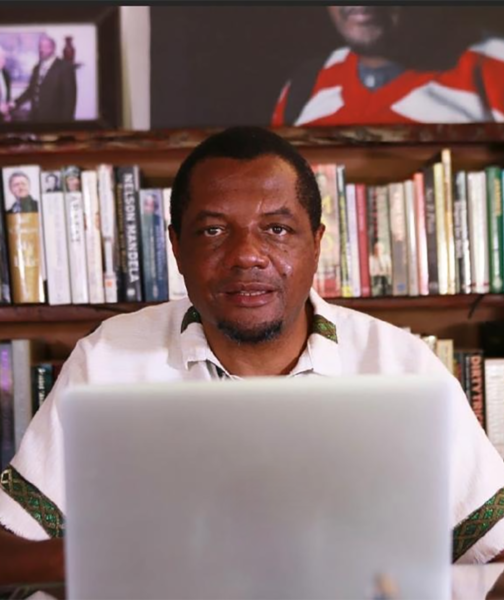 Hopewell Rugoho-Chin’ono is an award-winning documentary filmmaker and international journalist. He was the ITV News Africa Field Producer and The New York Times Zimbabwe foreign correspondent. He is the author of the documentary film Pain in My Heart (2007). He worked as South Africa’s eNCA foreign correspondent and producer in Zimbabwe from February 2008 to April 2014. He later left journalism to return to documentary filmmaking making State of Mind (2019), a film looking at Zimbabwe’s mental illness epidemic. On July 20, 2020, he was arrested for a report he wrote on Covid-19 procurement fraud within the Zimbabwean health ministry. He was released on bail on January 27, 2021.