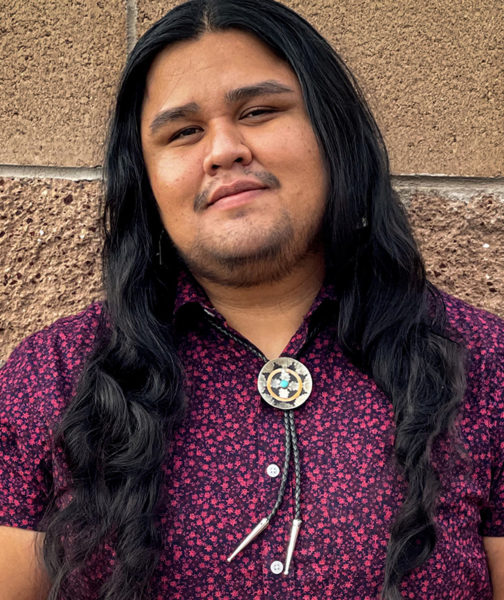 Demetrius Johnson is Diné from Ganado, Arizona. Demetrius has been a member with The Red Nation since 2014 and is a contributor to The Red Deal. He studied Electrical Engineering at The University of New Mexico, where he also served as Kiva Club President from 2015-2017. Demetrius is interested in solutions towards energy independence for Indigenous communities and has just completed a fellowship with GRID Alternatives as a Tribal Energy Innovators Fellow.