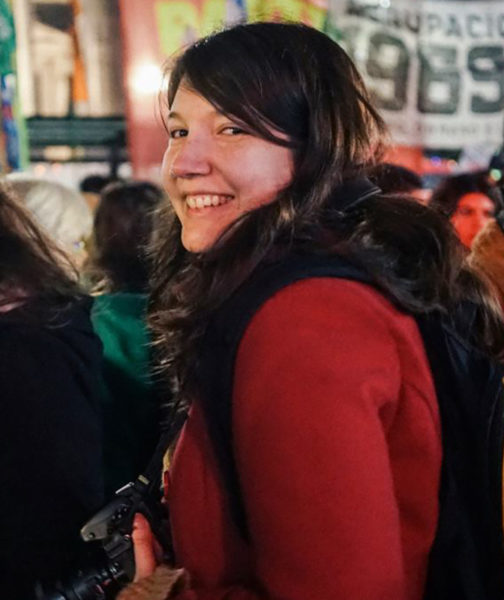 Analìa Cid was born in 1990 in the northwest suburbs of Buenos Aires, Argentina and started with photography when she was a teenager. Even tough she studied sociology at university, she worked making children portraits to pay her books. Around 2012, 2013 she turned herself to photojournalism and documentary photography and became collaborator for independent media in her country. In 2015 she moved to Paris to be part of the first Magnum Photos Agency-Speos Institute documentary photography program.

Since 2017 she is based in Buenos Aires and apart from her freelance work as a photographer she works as a social consultant for a municipal government. She is also finishing an Urban Studies master in the Universidad de General Sarmiento. Nowadays she is mainly focused in stories related with social issues in urban areas. Even though she mostly uses digital, she tries to choose her photographic technique according to the message she wants to convey (for example, instant photography to create a sense of intimacy with the subject of her work). .