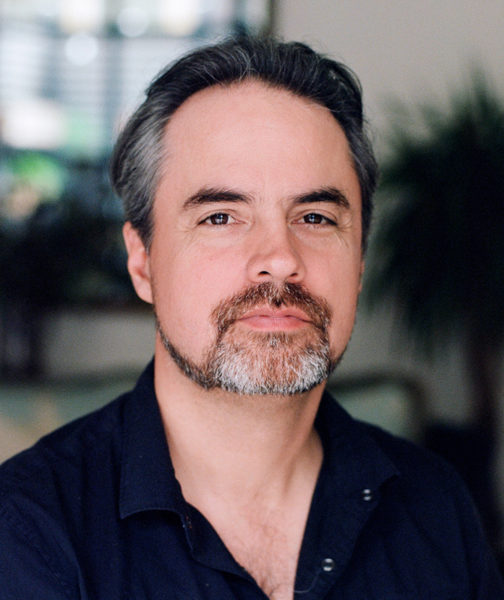 Alex Rivera is a filmmaker who has been telling new, urgent, and visually adventurous Latino stories for more than 20 years. His first feature film, Sleep Dealer, won multiple awards at the 2008 Sundance Film Festival and the Berlin International Film Festival. His second feature film, a documentary/scripted hybrid, The Infiltrators, won both the Audience Award and the Innovators Award in the NEXT section of the 2019 Sundance Film Festival, Best Documentary Feature at the Blackstar Film Festival, and is currently being developed as a scripted series by Blumhouse Television. Alex studied at Hampshire College, was the Rothschild Lecturer at Harvard University, and is currently a distinguished lecturer of media studies at Queens College.