For the second year in a row, hundreds of uncontrolled wildfires have burned across western north america at an unprecedented scale. In the heat of the burns I was working on the coast of British Columbia as a kayak expedition guide, responsible for navigating groups of people through once familiar inlets and channels that had suddenly become lost in a void of smoke. Places that were once well-known became foreign territory. There were days when a layer of ash blanketed the surface of the ocean, carbon coated our throats, smoke watered our eyes and an eerie red half-light made it impossible to distinguish whether it was morning, afternoon or evening. Never had the reality of climate change felt so palpable. Many people around me described feelings of isolation, loss and anxiety. Named the summer of the “Smoke Apocalypse,” some even began referring to it as “the new normal.”

Eventually, fire suppression efforts controlled the fires and business as usual resumed, but something has changed. The collective memory of blindly fumbling through the dark smoke could not be erased. Stability eroded, the fragile enormity of the natural world had become impossible to ignore.

One curtain lifts to reveal another; in that smoky haze the flawed veil of civilisation became visible. The smoke reminded us of how it feels to be lost.

Colonial maps have the ability to simultaneously lead and mislead. They represent land and water from above, as something to be stood over and surveyed. Prescribing us with eurocentric units to quantify space, they provide a two dimensional
perspective of the world. Maps are drawings that legitimize ideas. From geo-political boundaries to the height of rocks awash at a certain tide; their content shapes how humans navigate places. Hard topographic and bathymetric lines attempt to convince us that that land and water is static and measurable, yet the surfaces of the earth are constantly changing. Elemental forces are busy weathering, sculpting, accumulating and disintegrating. Navigating the murky waters of the future will require assembling new maps, ones that acknowledge the smoky veil.

The title of the drawing “In the Calm, in the Surge – Somewhere Between Paradise and Desolation” came from the colonial place names applied to stretches of water I have traveled by kayak. Coastal people know that such names are just as liable to be as accurate as they are to be false. Calm channel is anything but calm in a northwesterly wind; Surge Narrows can be quiet and still at the turn of a tide; Paradise Falls seems unreachable when the outflow winds funnel through Bute Inlet; in the warmth of summer Desolation Sound can be a busy place filled with the cheerful voices of families on vacation. The shifting duality in these names mirrors the fluid opposition of the ocean. The sea constantly fluctuates from one mood to another; from movement to stillness, ebbing to flooding.

D works as an artist and sea kayak expedition guide. Her drawing practice considers the passage of time and the fluidity of ecological cycles. She lives on Kaien Island, Tsimshian territory. 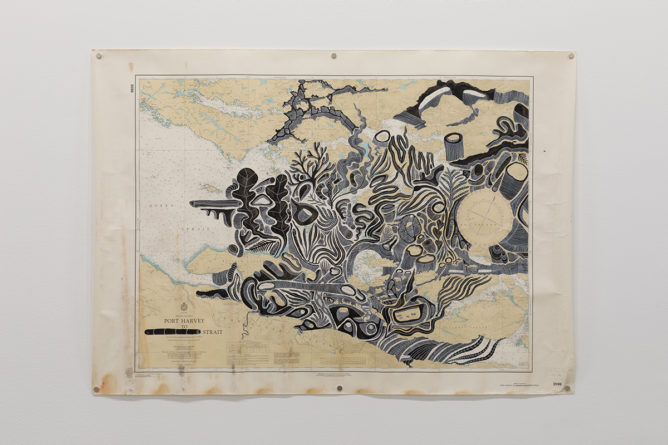 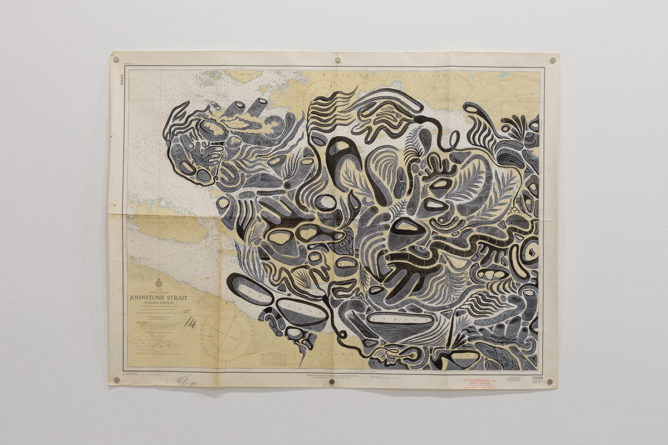 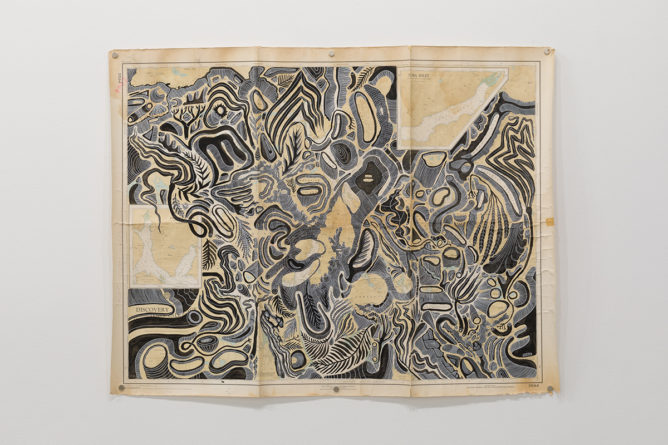 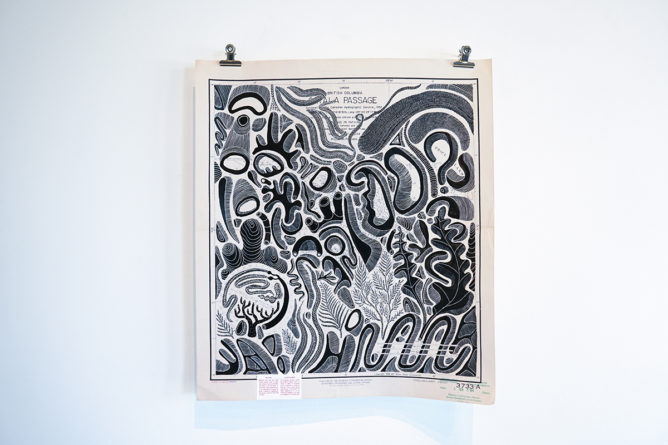