In this text, Red Schulte analyses the sex work imaginary in relation to both physical and virtual spaces, as well as some of the “sousveillance” and queering strategies deployed by sex workers to protect themselves and each other. Red would like to acknowledge the extraordinary support of Aaron Hammes, as well as community-shared experiences and knowledge. They also would like to state that this piece would not exist without the work of Melissa Gira Grant. All illustrations were created by Marten Katze for the purpose of this piece.

The Prostitute Imaginary, as Melissa Gira Grant defines it in “On the Work of Sex Work” (2015), consists of “the cultural fantasies we hold about sex work and who performs it.” Then there are those who directly benefit from these fantasies, and “how they put [these fantasies] to work for themselves to marginalize, contain, and discipline sex workers’ livelihoods, bodies, and self-representations.” Imagining space is inherent to the labor of sex work; sex workers narrativize and craft spaces according to the imaginaries of their clientele, the police, and other parties that might aid or threaten their work. In turn, “the public” has imaginaries of its own regarding the spaces of sex work — conditioned through cultural, legal, and historical imagery and imagination. Many, if not most, of these contemporary imaginiaries around sex-working space are urban, city-spaced. 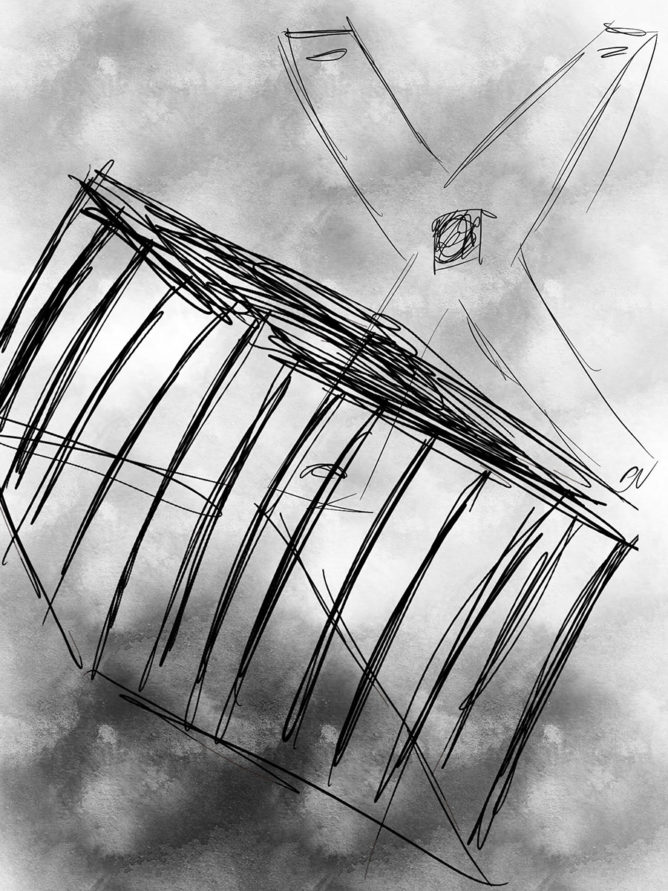 When it comes to the city, then, there exist both imaginaries and realities of where sex work happens and what it means that it happens there. The presumption of prostitution figures the limits of public space in cities, and it is not just police and legislators who regulate and decide those limits. Regardless of who enforces them, these particular dictates are all about where women are allowed to be, for how long, wearing and possessing what, and for what reason. I write the word “women” here intentionally, though I am not one, my, and others, subject-position is made woman, either due to our participation or presumed participation in the sex trades.

Sex work unveils realtionships between public space and private — what I would call limited-intimate — spaces, as well as the broken distinction between, or collapsing into of, public/limited-intimate in the guise of virtual space. Forms of what can be termed “sousveillance,” an inversion of the policeman’s eye (envisaging a person as nothing more than their criminalized status/labor) onto the activities of the state, become critical for sex worker survival in both public and limited-intimate spaces. Sousveillance recognizes that there exists no “completely private” space for criminalized populations and laborers, and thus sex workers must maintain a certain variety of viligance, especially as free access to public space has been so qualified and limited that the state finds these workers in their purportedly private space, the home. In cities filled with giant apartment complexes and neighbors living on top of one another, private space becomes a fantasy, and even more fantastic for those over whom the state wants to maintain its constant and active watch. Cheryl Auger writes of the state’s contradictory inclusion/exclusion status for sex working people: workers are included in that they are under constant surveillance whilst excluded from basic rights of any variety.