With the world’s highest life expectancy and lowest fertility rate, almost one quarter of Japan’s population is over the age of 65. The country is gradually becoming more elderly. Within this century, Tokyo’s population above 65 is expected to equal the working age population. As the proportion of those involved in labor and those who are not dramatically shifts, we are presented with an opportunity to reimagine not only social and economic structures, but also the way we think about housing.

As the body ages, so do the five senses. It is known that in conditions of stimulation, neuroplasticity is inherently linked to that of musculoskeletal plasticity; concentration, focus, engagement, awareness, and continuous learning positively affects our levels of cognition, mobility, flexibility, dexterity, and strength. As aging processes present us with dwindling functional capacities, “Hypertactile House” proposes an intimate sensory interface between the occupant and the world in order to maintain an able body and mind.

This new environment is a kind of architectural organism, one which evolves with occupants and displays its own metabolic rhythms. Where stimulating neuro plasticity mechanisms is critical for maintaining daily functional capacity, the house enables novel spatial experiences that are defined by smart tile surfaces which shift in material characteristics over the course of time. Within each tile, tactile information is generated by varying levels of surface relief, texture, thermal conductivity, and transparency resulting in a dynamic material expression for each cell.

On a momentary level the house would be able to alert you in an event, such as leaving the stove on, answering the door, or responding to water on a surface that poses a slipping danger. On a daily level, the house would be able to assist the sight and memory impaired through tactile spatial wayfinding. On a yearly level, occupant life becomes augmented through tactile programming of space, where the interior surface responds to the shifting climate and come literally into season. The house changes to varying sun exposures, views, access to light, and occupant activity, creating surprising interplays between the two.
The architecture emphasizes a continuous torus surface that opens up the activities of housing into a seasonally liminal living space. Using RFID technology within the frameworks of ubiquitous computing and cellular automata algorithms, discrete tiles alter themselves through sensing local conditions and adjacent tile states. This process allows the surface as a whole to recognize thresholds and level change while creating or erasing edges between hard and soft, opaque and transparent.

When new primary user groups present questions about the connection between quality of life and spatial experience, “Hypertactile House” begins to examine how a dynamic haptic-architecture has the potential to heighten our perceptions and maintain the functional capacities of our bodies by creating a new environment in which the occupant and the house merge into a continuous mutual sensory relationship. 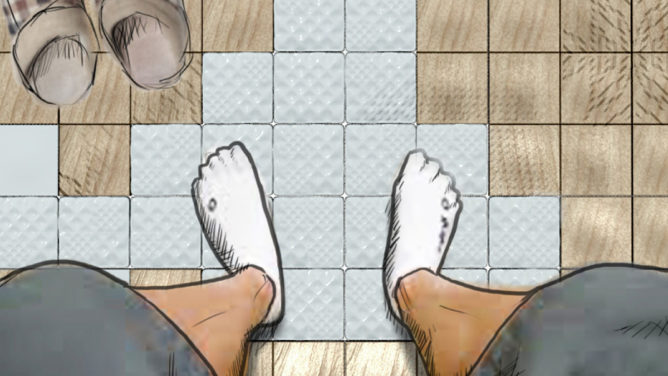 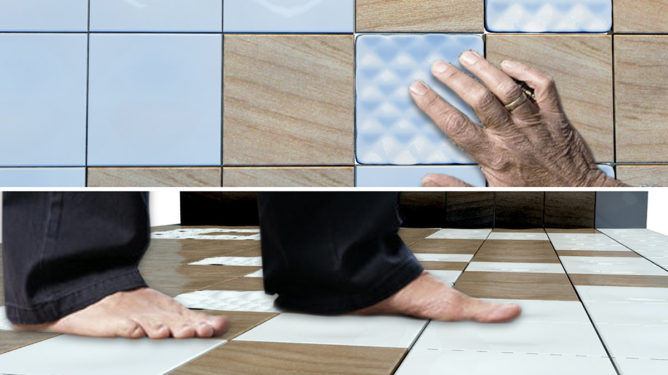 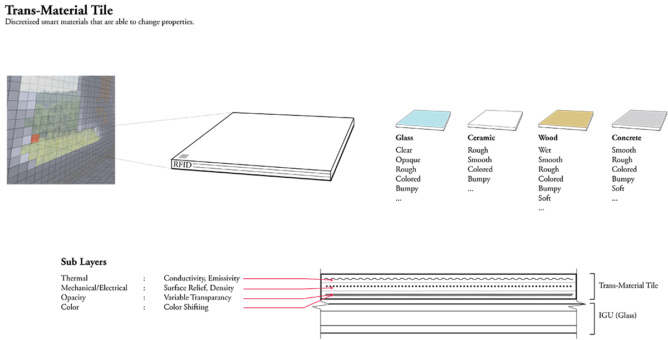 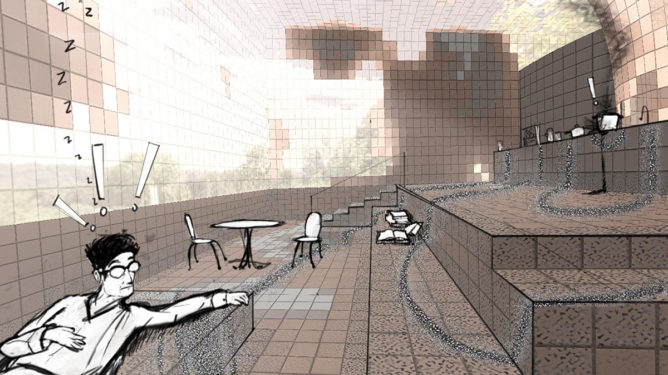