Water as a Medium of Conflict ///
Tensions over the control of water have always affected the entirety of the planet, but they have become increasingly dominant in recent years, especially in arid regions. The demand for water has increased especially in the post-war period as a result of population growth and social and political development. The thirst of nations towards a finite supply of water has brewed conflicts between countries that share aquifers and rivers.

In the Israeli-Palestinian conflict, water has been weaponized for depopulation and land appropriation. Water is an essential component for both the prosperity and the decline of a community. Ever since the beginning of immigration, with the diaspora of returning to the “Promised Land,” Jewish communities purchased the most water-rich lands and implemented irrigation schemes competing with Palestinian farmers over water resources. After the establishment of the State of Israel in 1948, the National Water Carrier was constructed in order to support a substantial rise in Jewish immigration. This act of water expropriation ignited the rage of the Arab League (the Kingdom of Egypt, the Kingdom of Iraq, Transjordan, Lebanon, Saudi Arabia and Syria), and later led in part to the outbreak of the Six Day War in 1967. After the war, Israel controlled all ground water resources in the region.

Slow Violence: The Appropriation of Land and the Development of the Water Sector ///
As agriculture represents permanence and is essential for claiming ownership to land, the Palestinian Authority (PA) subsidizes farmers to sustain their agricultural activity in the area, in order to claim the ownership of the land through the evidence of living and cultivation. Water is, of course, essential for continuous agriculture.

Access to water represented a fundamental “emblem of inclusionary citizenship.” In order to control Palestinian agricultural activities, Israel amended a series of military orders aimed to limit Palestinian access to water resources. Segregation walls, roadblocks and checkpoints are applied to restrict the free access of Palestinians to their wells. As a consequence of water shortages, Palestinians are forced to abandon their agriculture lands and to work in Israeli settlements, while Israel is slowly appropriating uncultivated lands. This is part of a broader process by which the West Bank has been converted into an archipelago. Palestinian farmers lost not only their livelihood but also their heritage to the land where they have resided for generations. The actions of evacuating the shared water resources pushed Palestine into a state of penury. Therefore, it is crucial to invest water in agriculture for minimum agriculture activities.

Water as an Apparatus: The Grand Canal ///
The situation of Palestinians cannot be addressed merely as providing the people with an abundant amount of water but instead as collecting the limited share of water to invest in existing and potential Palestinian agriculture lands. This project proposes to create a water distribution system, The Grand Canal, as an opportunity for territorial design and intervention. The intention is to improve political resistance against land appropriation and to protect the heritage of the lands.

The Grand Canal collects, transports, distributes and displays water in each island of the Palestinian archipelago It aims at unifying dispersed springs and wells into a single water loop transporting water across the territories creating links between scattered villages. By doing so, we maximize land irrigation as well as creating a collective form, thus creating solidarity.

Circular aqueducts form “greenbelts” and reinforce the existence of irrigation canals. This spatial tool reshapes the urban territories and constructs a new texture and landscape on Earth. 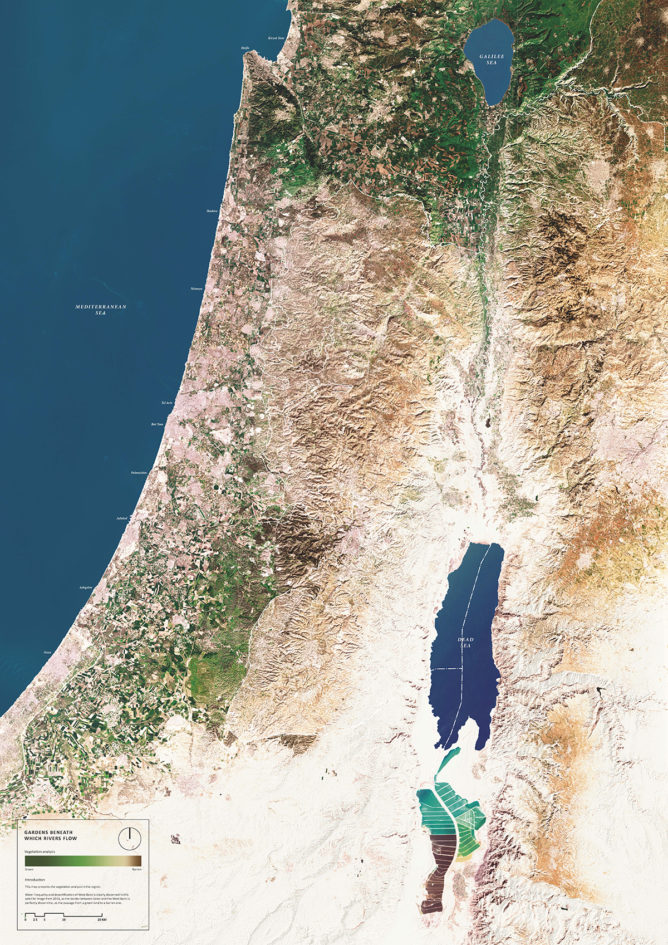 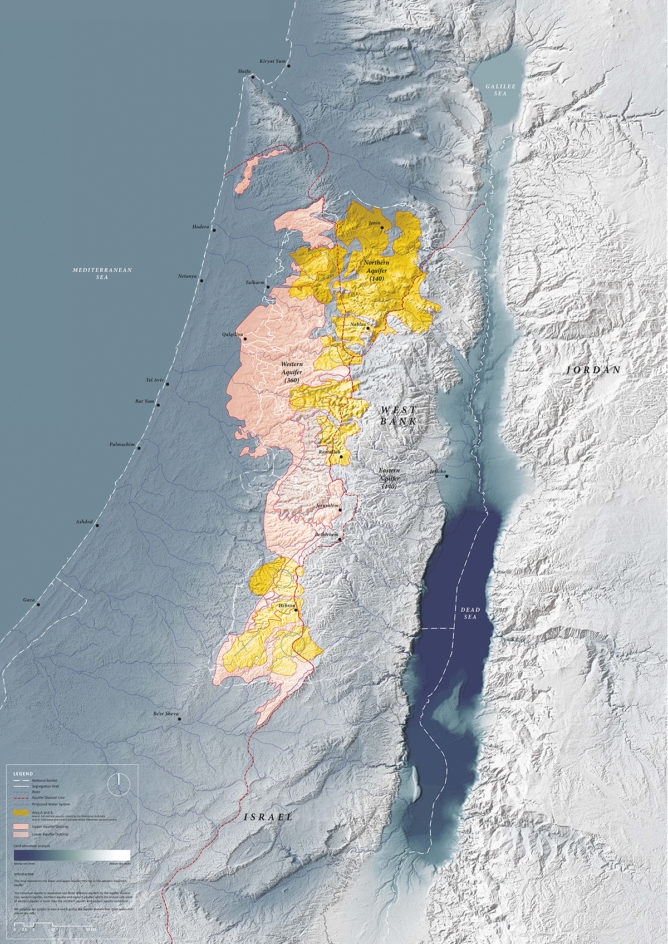 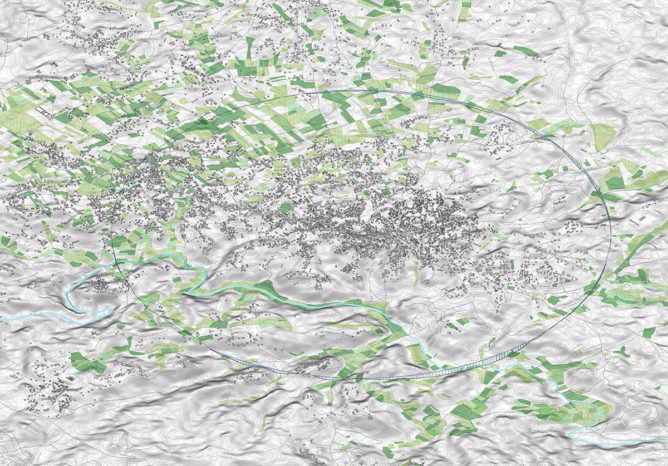 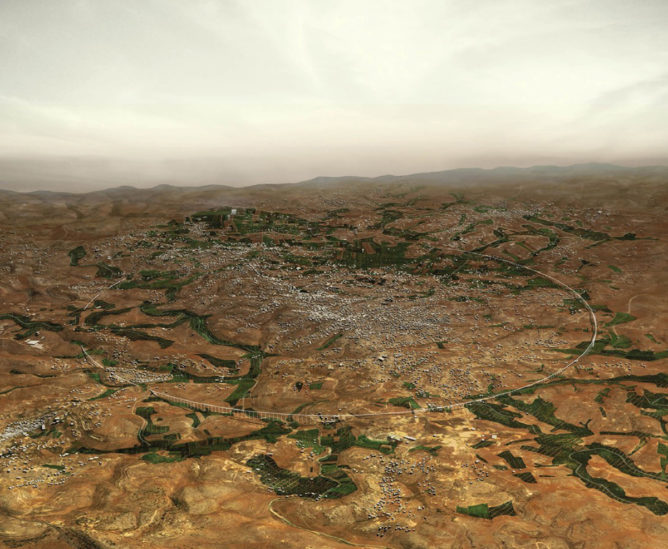 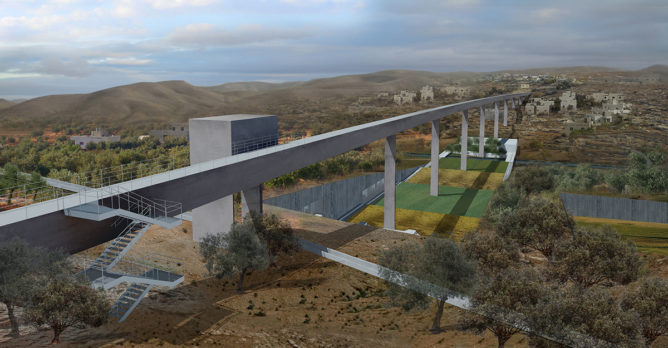