In this account of the ongoing revolution in Iraq, Zahra Ali tells us how the 2015 protests may have paved the way for this new uprising, but that the latter is made and supported by a much broader range of society, far from the usual classist and sectarian categories that the U.S. invasion had imposed.

Article published in The Funambulist 27 (January-February 2020) Learning with Palestine. Click here to access the rest of the issue.

After suffering through 2003 U.S. invasion and the ensuing sectarian war in 2006-2007, Iraq has witnessed waves of popular civil and political protests since 2011 throughout the country. In addition to protests in Iraqi Kurdistan, the Sunni-majority Al-Anbar region, for example, experienced massive protests in 2012-2013 against sectarian repression and exclusion which were violently repressed by the former Prime Minister Nouri al-Maliki’s government.

But it is really since 2015, however, that an unprecedented escalation of protests by the people has mobilized a new generation of Iraqi youth and a much wider cross-section of its population across sect and class. The 2015 Iraqi protests were launched by mostly young males under 30 years of age, educated, from the lower middle class and mainly educators, teachers or state employees. Starting in July 2015, their weekly Friday protests expanded from tens of thousands of protestors throughout the country to almost a million participants at their peak.

The protestors denounced corruption and demanded a functioning welfare state for redistributing Iraqi rich oil-wealth to its citizens and providing woefully deficient public services. But what was significant about the 2015 protests was that while chanting slogans such as “Bis mil-din baguna al-haramiya” (“In the name of religion we were robbed by looters”), protesters advanced the desire for a social order based on madaniyya (which could be translated as “civicness”) as the basis of their struggle. The concept of madaniyya expresses a fundamental rejection of the muhasasa system established in 2003 by the U.S. occupation which determines political representation based on communal identities (religious, ethnic or sectarian). The protests were expressed as patriotic with the Iraqi flag, and opposing all foreign influence in the country.

The sociologist Ali Taher Al-Hamoud argues convincingly that the 2015 protests were the protest of a middle class seeking to assert itself after decades of silence (“Ma wara’ ahdath al-Basra: al-mushkelat wal hulul al-mumqena,” 2019). The end of the U.N. sanctions in 2003 saw the re-emergence of this class previously destroyed by the economic crisis and successive wars.

The next wave of protests erupted in 2018 in Basra, an oil-rich province from which most Iraq’s wealth is extracted, but which suffers from a severe lack of public infrastructure and non-existent basic services. This wave of protests was different than those of 2015 in that it refused formal leadership and avoided political parties and any centralized organization. It was composed mainly of educated and uneducated young men and women whose demands went way beyond the notion of madaniyya to the rejection of the political system altogether and for a change of the regime. Their protest was no longer simply against the sectarian muhasasa as the protests are mainly intra-sectarian, but directed towards the need for a functioning state that could provide for its people. It is from the Basra protests that the now commonly heard slogans such as “No No to Political Parties” and “We want a homeland” began to circulate in Iraq.

Basra province represents an extreme version of Iraq’s main challenges that Omar Dewachi calls the “toxicity of everyday survival” which includes a proliferation of cancers and ill-health in the absence of state infrastructure, health, education and other public services (“Toxicity of Life and Everyday Survival in Iraq,” Jadaliyya, 2013). Basra is also where many economically distressed and war-displaced populations resettled creating tensions between locals and newly arrived. Basra’s protests developed into massive revolt of the poor and the dispossessed refusing any centralized organization.

From Uprising to Revolution ///

The 2019 protests that erupted at the beginning of October are following the Basra model in their form and demands. Wider than a lower middle class seeking to assert itself, this uprising is about the poor, the disempowered and the marginalized demanding a new system. Those who initiated the rebellion are still at its core — the street merchants, the underpaid waiters, those who carry heavy boxes in the markets and the tuk-tuk drivers who are literally the heroes of this uprising, carrying the wounded to the hospital and driving the protesters from one point to another to cross the roadblocks. Their ranks also include many young men who fought ISIS in Mosul and came back after the fight to grinding poverty and joblessness. These millennials and disenfranchised declare having “nothing to lose” and “prefer to die in Tahrir than from poverty and despair.”

The bloody repression of the first week of peaceful protests — with more than 150 killed and thousands wounded by live ammunition used by mercenaries and security forces — exacerbated the protests and pushed more people on the street. Millennials and disenfranchised at the core of the movement have been joined by a much larger segment of the population, which includes the middle class, high school and university students and the professional and workers’ unions. Demonstrations have been augmented by workers’ strikes and civil disobedience to the curfew imposed by the authorities over the country.

Tahrir Square in Baghdad — the most visible locus of mass protest — and public squares of cities all over Iraq have been transformed into inclusive spaces ruled and managed by the population. In Baghdad, the abandoned building commonly called the Turkish restaurant in front of Tahrir square is the rear base of the uprising and has been renamed Uhud Mountain, in reference to the prophetic battle of Uhud between the early Muslims and their Qurayshi Meccan enemies. Although protesters differ on tactics and strategies — with some insisting on maintaining Tahrir and the streets around it as spaces liberated from corrupt and sectarian state powers while others try to cross the bridges that lead to the Green Zone where state power reside — all protesters are developing creative modes of organizing.

This new uprising shows the development of social and political revolutionary modes of action and expression that go beyond any previous protest movement in the country. Its inclusivity is unprecedented: from young women of all classes who feel safe and comfortable in these new spaces and participate in the uprising at all levels from the front line to cooking and providing medical care to the wounded, to the participation of differently abled individuals, as well as the individuals living in precarious and informal housings. Protesters are developing original ways to express a sense of belonging to the country and proposing creative modes of sociability that transgress social and political hierarchies.

These new practices include the establishment of a journal named Tuk-Tuk celebrating the heroic role of tuk-tuk drivers and their leadership and a radio channel, the distribution of free food, establishing a free medical and psychological unit, and offering all kinds of free services (from drugs to hairdressing). The protesters are, in effect, establishing new “state forms” by organizing public services such as street cleaning and re-paintings, as well as the restoration of public monument and beautification of public spaces through original art and design.

These unprecedented and novel modes of being together are taking place in a context of severe repression and violence, though the ways in which violence is deployed by the elite-led political system is important to understand. In Iraq, there is no strong centralized state or regime, but rather a militarized elite that developed after 2003 and became further normalized and armed since the war against ISIS in 2014. All protests in Iraq have been characterized by armed violence that includes armed groups and militias led by members of the Iraqi political elite: protests in 2011, 2015 and in Basra in 2018 began after a young protestor was killed by the security forces and their affiliated militias.

Paramilitary forces and militias related to the political elite, are killing, beating up, threatening and intimidating demonstrators, civil society activists and journalists. Since the beginning of the protest in October 2019, more than 500 have been killed and 16 000 wounded. The war against ISIS further increased the militarization of the Iraqi society and the distribution of weapons: soldiers are now back to civil life and weapons have been widely distributed beyond state security forces.

The post-2003 U.S.-led occupation administration and the ethnosectarian system of Iraqi elite politics have been dominated by ethnosectarian identity politics. Former protest movements reject this paradigm. Instead, protesters are advancing what Faleh Jabar calls “issue politics” dominated by a “redistribution” paradigm (“The Iraqi Protest Movement: from Identity Politics to Issue Politics,” 2018), which was most clearly illustrated by the fact that these protests,  while national, were primarily intra-sectarian in which mainly Shi‘a citizens are protesting against the Shi‘a political elite.

However, the current movement goes beyond “issue politics.” It is a revolt of the youth and it reaches Sunni areas of the country. Through grassroots collective organizing and the production of new spaces in al-Tahrir square and elsewhere, millennials are challenging dominant societal norms and hierarchies, including religious and gender norms. The widespread participation of young women in this uprising highlight how the demand for economic redistribution is as central as the demands for freedom indicated by the slogan: “We want to live a life!” This new Iraqi generation is connected to the outside world through social media and the internet, and it does not share the traumas nor the symbolic social and religious limits of previous generations. It is a generation that is creating new imaginaries of belonging and new modes of civic and social life. It demands a homeland — a new Iraq. ■ 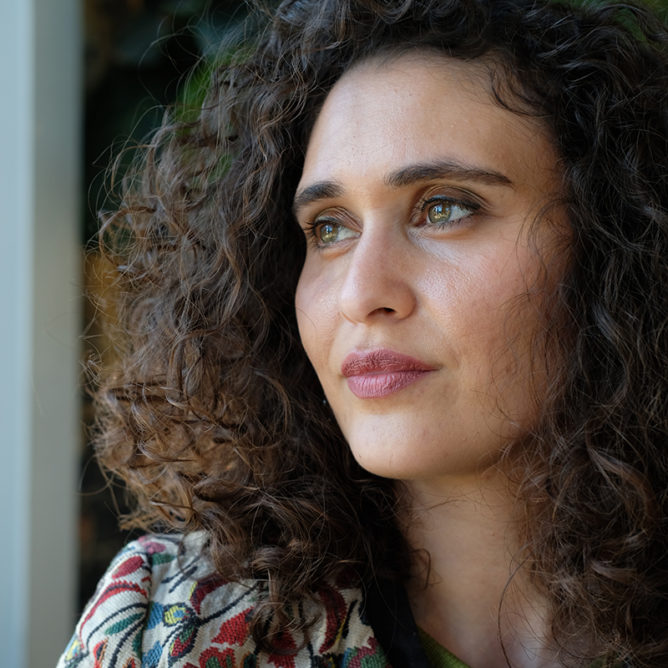 Zahra Ali is a sociologist and Assistant Professor of Sociology at Rutgers University, her research explores dynamics of women and gender, social and political movements in relation to Islam(s) and the Middle East and contexts of war and conflicts with a focus on contemporary Iraq. Read more on her contributor page