In the first of two introductions to this issue, Léopold Lambert explains the editorial intentions behind its title, as well as the genesis of the collaborative work that constructed the conversations between guest/organizers of the Palestine Festival of Literature and Palestinian thinkers.

Welcome to our 27th issue. Originally, the title we had chosen for it was “Learning from Palestine,” a formulation which I could certainly relate to at a personal level. One version of this introduction could have given an account on the transformative experience that constituted my first visit to Palestine when I was 22. However, I do not know how to write in a way that would be useful for anyone who would read it. What I would nevertheless keep from this virtual version is the idea that my political engagement (globally, not solely vis-a-vis the Palestinian struggle) would not be the same today without this first of several visits. This is particularly true when it comes to my understanding of France’s perpetuation of colonial structures on its territory and in its departmentalized colonies. There is surely something problematic in needing to experience a situation of structural racism in which one is not directly related — this is not to say that white Christian Europe does not have a strong responsibility in the zionist project — to understand another situation in which one has direct responsibility. Yet, as problematic as it might be, one cannot change the way that one comes to this political consciousness, and at the office today, the Palestinian flag neighbors the Kanaky flag on our walls in a testimony of this humble engagement against Israeli and French settler colonialism.

“Learning from” also relates to the way my understanding of how built environments are weaponized to materialize the structures of the Israeli apartheid since the Nakba has sharpened my perception of the architecture discipline itself. Of course, in this regard, the works of Eyal Weizman, Sandi Hilal, and Alessandro Petti have been highly influential. The examples through which architecture is used as a settler colonial weapon are plethora, as the map on the next double page attempts to illustrate. The Israeli colonies are the most obvious and present examples, whether in the West Bank and East Jerusalem (the ones considered by the United Nations as a violation of the Fourth Geneva Convention) or in the rest of Palestine (the overwhelming majority of structures built in Israel). Another example is the apartheid walls that besiege Gaza and annex large parts of the West Bank — preventing Palestinians from both regions access to rest of Palestine (Jerusalem  in particular). Those who benefit from a special permit are to wait in long lines at the various checkpoints that punctuate these walls, as well as the roads of the West Bank. The segregated infrastructure (roads, bridges vs. tunnels, water, the internet, etc.) is a literal materialization of the apartheid. All these architectural apparatuses come with an even higher intensity, because they are concentrated within the smaller scale urban fabrics of Jerusalem-Al Quds and Hebron-Al Khaleel.

The weaponization of architecture is not only present in the design of new structures, but also in the careful design of ruination of Palestinian homes. Of course, the most spectacular forms of this can be found in the regular murderous Israeli bombings in Gaza. But we must also see it in the systematic destruction of Palestinian Bedouin villages that then is reproduced through the systematic destruction of Palestinian villages after the invasions by zionist paramilitary organizations in 1948. The demolition of homes, but also the demolition of their ruins (cf. Mostafa Minawi’s words in this issue), should be interpreted as an intentional architectural design, in the same way as any other settler construction in Palestine. It engineers a landscape that materializes and enforces the settler colonial order, but also attempts to symbolically legitimize the settler’s presence on the land.

However, this “learning from” vision of Palestine continues to fall into the traps of a colonial practice insofar as it constitutes an extractive production of knowledge. Or, in the eloquent words of Sabrien Amrov in this issue, it “disseminates and cares for Palestinian life only when it is in contact with Israeli violence.” This is why the notion of “Learning from Palestine” is not the title of this issue that we had originally thought that it would be. If those of us who are non-Palestinians, are learning from Palestine, what are Palestinians getting from it? To extrapolate further, aren’t colonial states the ones who most commonly “learn from Palestine” by acquiring the military and counter-revolutionary competences of the Israeli army and police that regularly promote how their skills and weaponry have been “tested on the ground?”

This is why the notion of learning from is less accurate for this issue than the one of learning with Palestine. This is certainly how the Palestine Festival of Literature (PalFest), with whom we are collaborating for this issue, conceives itself. For the last ten years, the festival has invited over 200 Palestinian and international guests to Palestine to both give them a first-hand account of the Israeli apartheid, but also to listen about their work in the framing of public events.

Last March, I was privileged enough to join a group of 27 guests and organizers for 2019 PalFest (three of whom were past contributors to The Funambulist: Nick Estes, Samia Henni, and Jehan Bseiso). Together, we visited the place where the house of the Popular Front for the Liberation of Palestine (PFLP) founder George Habash used to stand in Lydd. We walked in the hills of Ramallah with Raja Shehadeh, discussed BDS strategy with Omar Barghouti, passed through the monumental key of Return at the entrance of the Aida refugee camp, among many other things. The idea of this issue first emerged in a cafe in Ramallah with five of its future contributors. It seemed like a possible response to the wish expressed by PalFest organizers to more aggressively build upon the relations created during the festival. While the week spent together could be characterized by the intensity of its encounters, multiple endeavors should be undertaken after the necessary time needed to process them, as Victoria Adukwei Bulley points out further. This issue is one of them. It consists of an introduction by PalFest 2019 co-curator Mahdi Sabbagh, as well as five long conversations between PalFest guests and Palestinian thinkers around one question: how to reclaim what colonialism stole? Land, language, narratives, architecture, and digital tools constitute the core components of the various answers formulated around this question. I wish you an excellent read. ■ 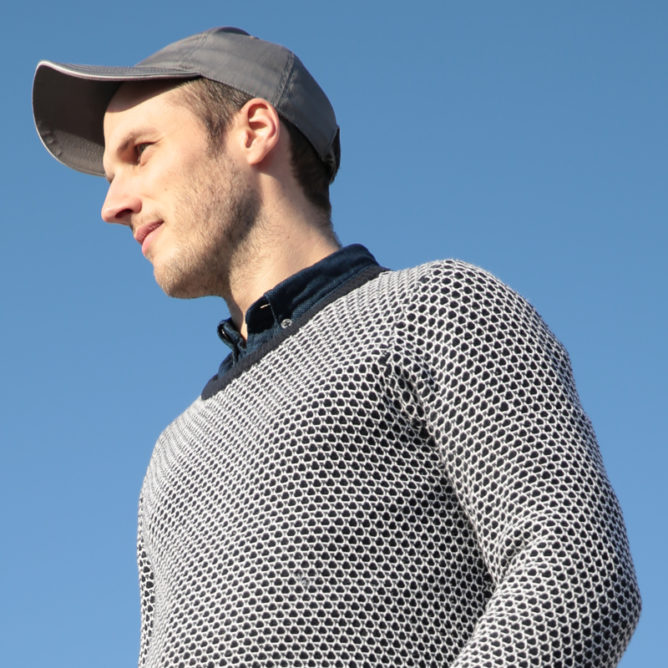 Léopold Lambert is the editor-in-chief of The Funambulist. He is a trained architect, as well as the author of three books that examine the inherent violence of architecture on bodies, and its political instrumentalization at various scales and in various geographical contexts. His forthcoming book examines the spatial history of the French state of emergency. Read more on his contributor page.