First day in my new school in a small town in France, I’m 5 years old, it’s time to line up to get inside the class, I approach one of my new classmates — this was an almost entirely white school where most of the children of color were adopted by the way — and here it comes: “I’m not holding your hand, you’re Black.” Two major informations were brutally delivered to me that day: a) I was Black and b) it was reason enough for other children to refuse to hold my hand. My heart was broken, not only because of rejection but also because this incident marked the beginning of what would become my regular disappointments at my parents’ helplessness. 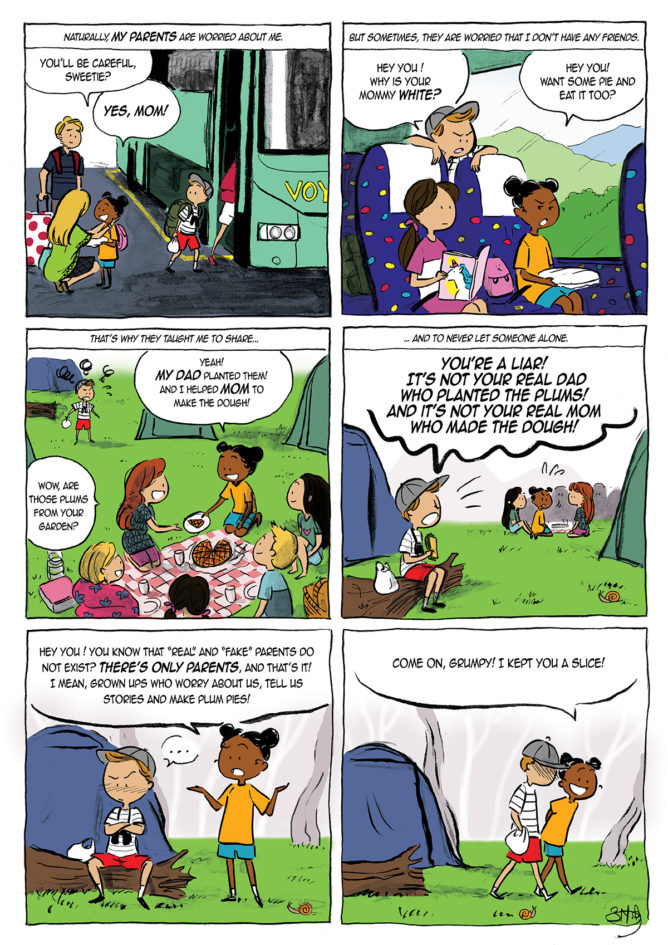 My parents: two endearing white middle-class French people who fought their way out of the working-class. Mom saw and used the (then efficient) French meritocratic education system that not only made her the first woman in her family to attend high school and then university, but also allowed her to become a teacher.

Dad quit school at 14 and started working as a locksmith in a factory and quickly managed to oversee construction projects. A most unusual couple in rural France in the 1970s with an atheist worker married to a Christian teacher who was making more money than him. And when they realized that my dad could not have children, contrary to most people who first try assisted reproductive technology (ART), they went straight to domestic adoption. Domestic, because my mom has always had pretty hard feelings towards transnational adoption. Long before people started to question it, she considered this practice to be unethical (if not un-Christian). In her view: how could one involve money in adoption? Once they were grown up, what would these children say about the fact that you took them away from their country?

And yet, being as French as it comes, race never entered her/their critical thinking on adoption. To be fair, their multiracial family was some kind of an “accident.” My parents had been on the domestic adoption waiting list for quite a while when my mom met my brother in her class — he was placed in a group home at the time. My brother was a great kid who was never visited by his biological family so, knowing that my parents were on the adoption waiting list, a social worker offered for them to start mentoring him: he would spend week-ends and holidays with my parents. Their relationship went on like this for a while — more than a year actually — and thus, the status of limitation for parental custody had expired for my brother’s first family — the French law states that after a year without any visits from your biological family, you can be adopted. The social worker then suggested that my parents filed for custody and since my brother was happy with it, they did.