The film Earth Mother, Sky Father was developed in SCI-Arc Fiction and Entertainment Studio, headed by Liam Young and Alexey Marfin. It features a performance from acclaimed street dancer StoryBoard P playing the part of Woot, an Excavation Programmer, and is supported by the sonic sounds and dissonant electro haze of the infamous music duo Shabazz Palaces from Sub Pop Records.

When we speak about the Congo, most are speaking about the political unrest and ensuing wars that have ravaged this land for centuries. But the Congo is also a wealth of natural resources and minerals that flow through this part of sub-Saharan Africa. Its very name was taken from the Congo River, the deepest river in the world, and its rainforest is one of the most biodiverse on our planet. The film honors this by imagining a Congo whose future is built on healing and giving back to the land so that it can then in turn empower the people who call it home. That said, I’m explicit about what you are watching but I know I have no control over how you will process it.

I wanted to imagine a future without the exploitation of Europe, China, the United States or the image of poverty but instead capture the performative nature of labor and technology. To that effect, the film calls attention to what’s happening in today’s tech industry of mass production, the mass exodus of Africa’s rare minerals to power modern devices, and imagines an alternative to this.

Storyboard P’s ‘mutant’ movement and dance is not an accident. The film is a mutation in and of itself, an alternative to the futures we tend to watch in Hollywood. It explores a fragmented world and we are watching its healing process as a tangible outcome.

The people of the Congo should decide what happens in their own future. As lucrative as the industry of mineral excavation has been; dance, the human body, rituals, and the mythology founded in African traditions cannot be commodified. The greater ideas of an African future outweigh the greed of capitalism.

Earth Mother, Sky Father attempts to redirect the image of belief through the people of the Congo and re-assemble a narrative of technology, the spirit, and culture without the systemic boundaries of politics, or religion, and economics.

Conceptually, I wanted to connect two seemingly opposing ideas that connected the Congo to us; a cell phone carrying rare earth minerals and therefore a device that holds a spiritual quality, but that also happens to be a byproduct of properties that the Black figure innately carries. ■ 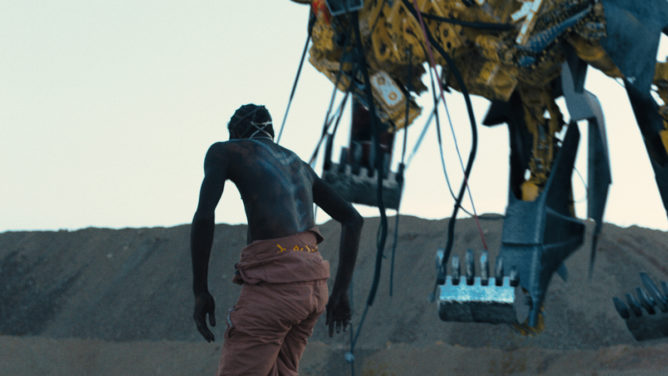 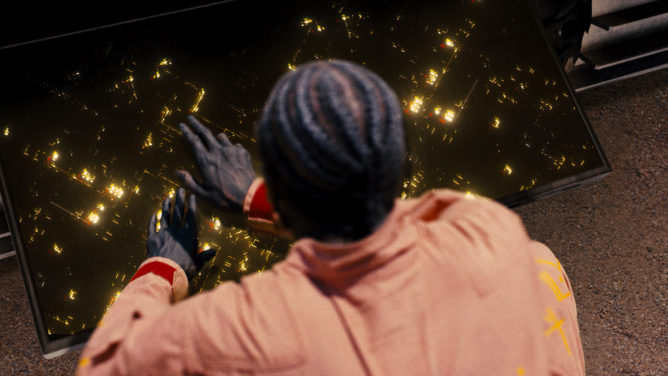 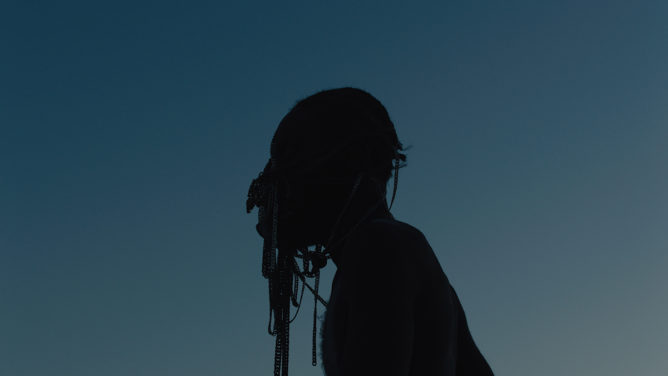