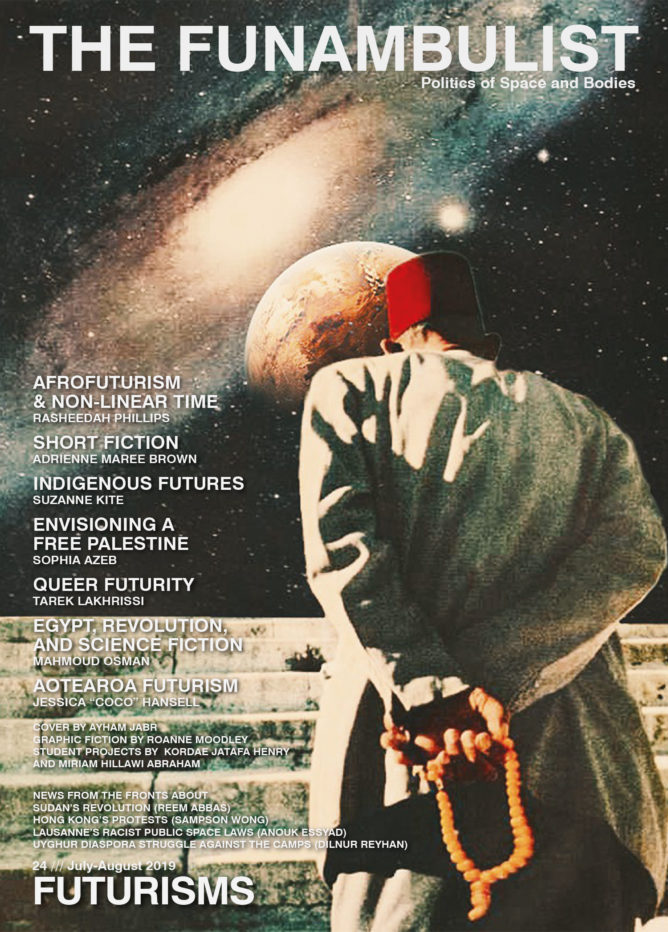 On this issue’s cover we find “The Guardian of Life,” an artwork by Damascus-based artist Ayham Jabr whose numerous collages juxtaposes visions of the Levant (or elsewhere) with others of the cosmos. His series “Damascus Under Siege” was depicting scenes that implicitly re-read H.G. Well’s War of the Worlds (1897) in a contemporary Syrian context. “Jerusalem Day,” another work, situates the Palestinian capital on another planet. “The Lord of Failure” dramatizes a god appalled by the fact that he transformed the surface of the earth into an endless refugee camp. As for “The Guardian of Life” itself, it is an ode to the elders — who, in a futurist perspective, might be our aged selves — serenely contemplating time, as we offer in this issue.