Reunion is an island in the Indian Ocean located 9,600 kilometers away from France. The island was uninhabited until the 17th century. After several failed attempts to inhabit the island by the Portuguese, the first successful settlers, the French East India Company, settled in 1665. African slaves, as well as Indian and Chinese indentured slaves were sourced to work on the coffee/sugarcane plantations on the island. Today, the island remains under French sovereignty and the diversity is the result of centuries of migration and assimilation.

Rue de Paris is the main road in Saint Denis, the capital city of Reunion. Like all French towns and cities, the imposing Hôtel de Ville (Town Hall) is located at one end with a monument commemorating one or other aspect of French history at the other. In Reunion, rue de Paris is significant in that all its buildings — both historical and contemporary — reflect classical French culture, history and traditions, rather than the ethnic, cultural and linguistic diversity of its population. About 80% of the population is mixed or Créole, with African, Indian, Madagascan and Chinese being the predominant groups other than European. The project looked for means to disturb, disrupt and destabilise the major language — French Classicism — through architectural means that are common across all cultures.

Scale was identified as a means to carry this out. Scale is an important device that allows architects to imagine, represent and ultimately realize their designs. Metric scale is the most commonly used architectural scale in the world, including Reunion. Although the word “metric” is derived from the Greek, it is the French who have given it prominence in the modern world. It is based on multiples of the distance between the equator and the poles.

However, there are two “other” scales at play in Reunion. Angulam, the traditional Indian unit of measurement which has been in use for nearly 2,500 years on the Indian Subcontinent. Derived from plans of the Harappan Civilisation, it was used to describe the dimensions of the first caves at Barabar and Nagarjuni in India. Rahf is a Madagascan scale based on the segment of a finger of an emperor which was re-measured annually, leading to minor deviations due to its inconsistency.

My project explored the Saint Denis Town Hall using different combinations of all three scales — Metric, Angulam and Rahf — particularly through working drawings where measurement and precision are of paramount importance. This was through the duplication of the Town Hall’s architectural components (singular and as groups) at the aforementioned scales relative to the metric, overlapped on each other. Thereafter, the overlaps formed multiple patterns from which a pattern was utilised strategically for each previous program or group of components of the Town Hall with the intent to disturb/destabilise. The overlaps, slippages and misappropriations of scale undermine the program, façades, spaces, forms and patterns of the Town Hall, leading to new and unexpected spaces and uses. ■ 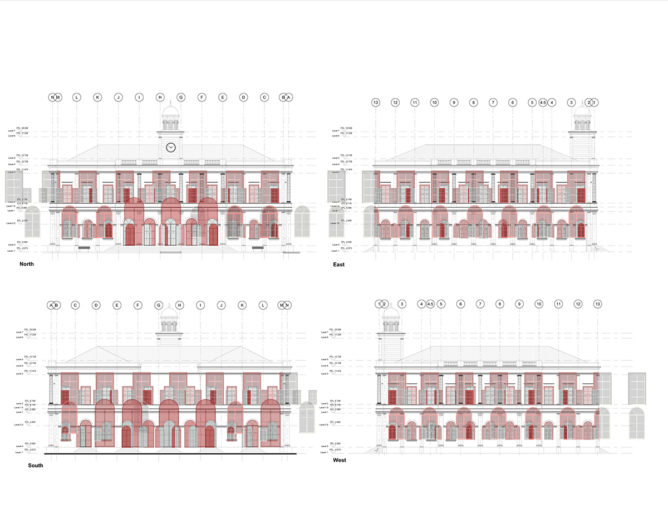 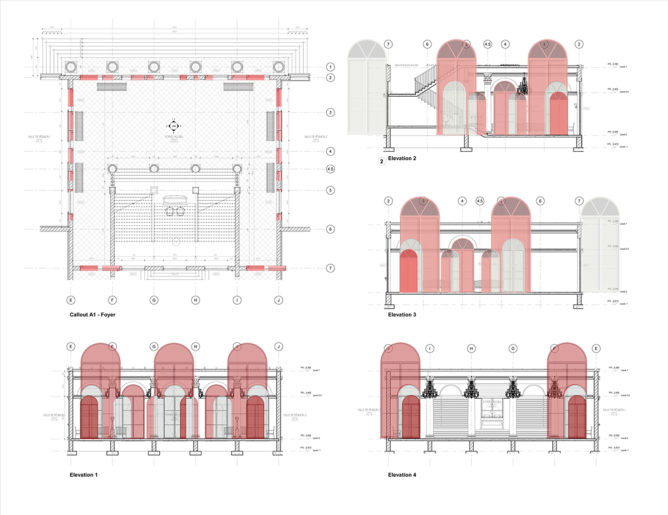 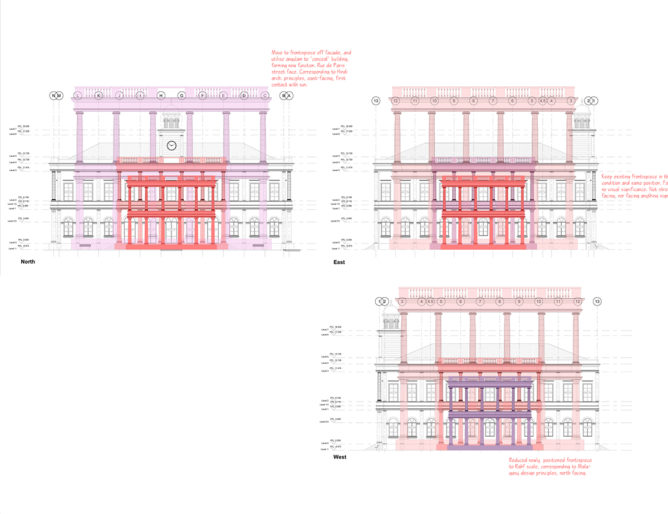 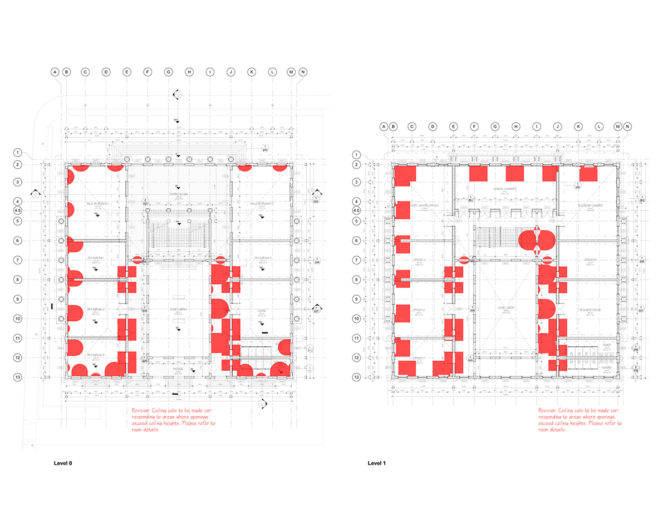 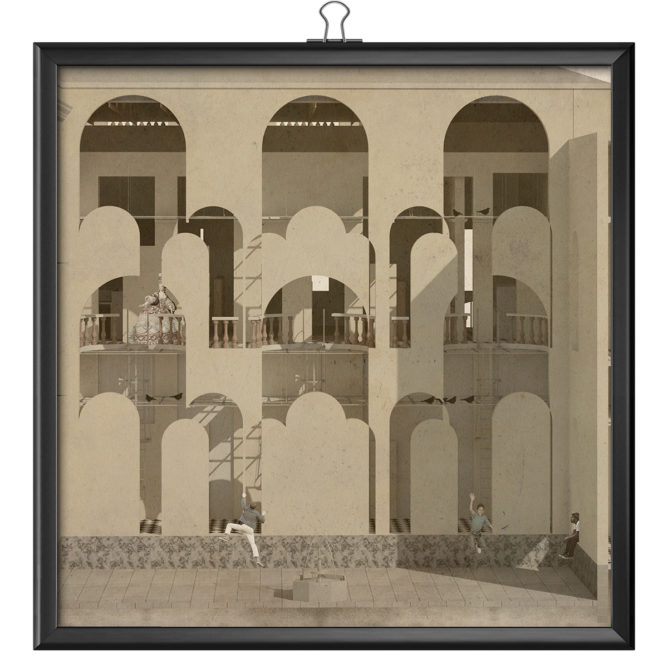 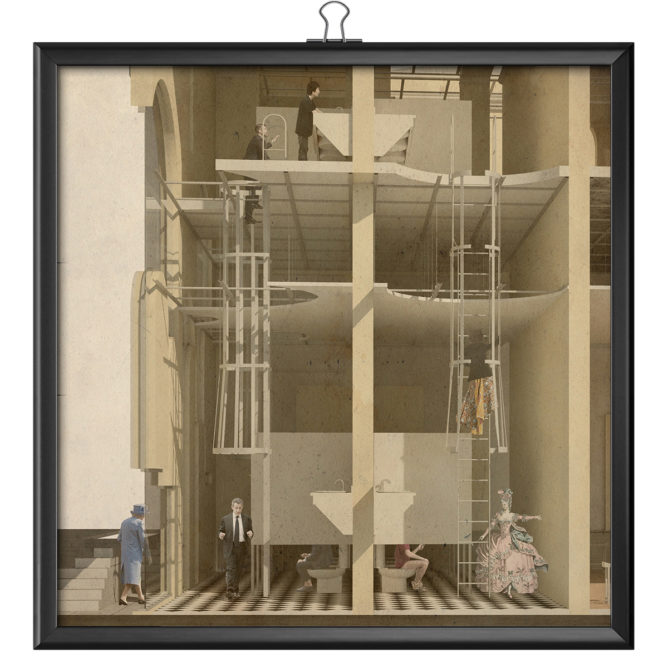 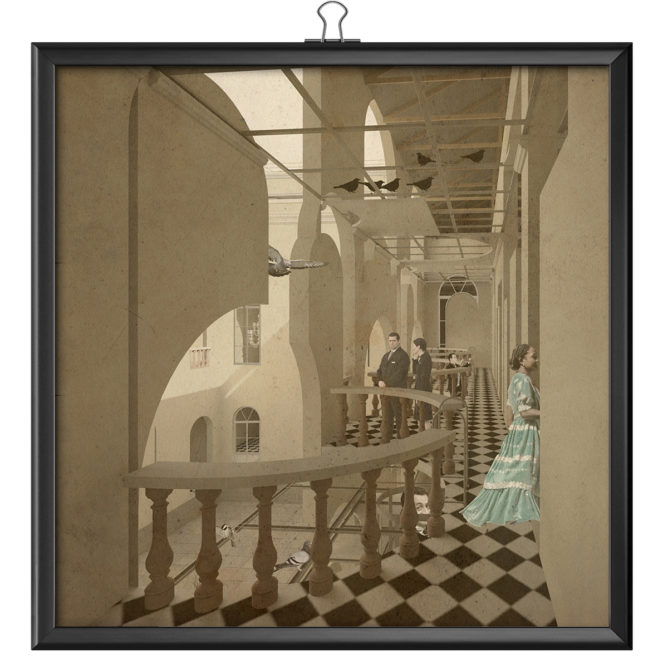 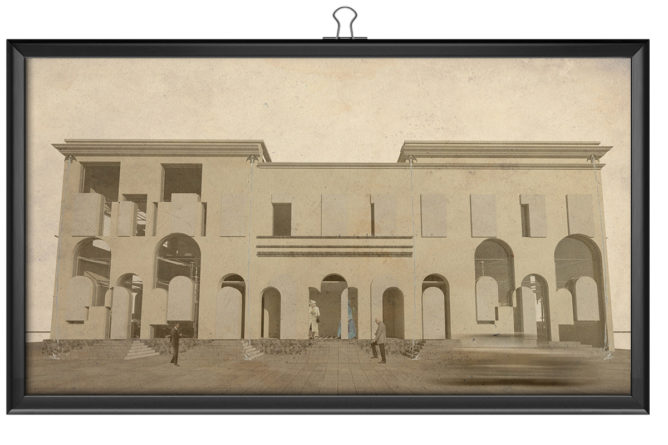