Throughout this work, I search for opportunities to reconfigure the relationships between architectural design, urban design, and the informal city. My own venture into the informal began with the intention to challenge the commonly-educated rigid process of data collection, which intuitively entails the total control of the architectural designer over the discovery of the studied context. Instead, I seek to embrace the so-called “irrationality” of a local, semi-vernacular context by plunging into its untold stories, unspoken rules, modified infrastructural objects, rumors, and anecdotes.

The residential neighborhood of Karm El-Zeitoun in eastern Beirut was key to these initial explorations, and ultimately became the central case study for this work. Originally a planned quarter based on an orthogonal layout, Karm El-Zeitoun has since acquired an increasingly informal status. Unlike many of Beirut’s more notable informal settlements that are situated in flat, secluded areas far from the capital’s central district, the neighborhood sprawls densely across a steep hill overlooking the lavish central district and its world-class commercial destinations. This attracts the interest of higher powers who seek to conceal it behind a façade of joyful colors, which in turn, is ultimately developed into glorified marketing schemes or calculated attempts to beautify poverty for those who deem it unpleasant.

Unlike traditional architectural discourse that positions informality as a passive phenomenon solely guided by external socio-economic and socio-political factors, I examine how dwellers actively negotiate and transform their urban environment through implementing discrete yet powerful interferences that behave at the borders of legality, to consequently trigger and provoke larger
political forces. Such analysis ultimately inspires the design of a series constituting over 100 architectural interventions that are fully aware of the forces defining the fabric within which they exist (and which are capable of planning the scheme of their future rebelliousness).

One such intervention, which I decided to finance, manufacture, and assemble with the support of Karm El-Zeitoun’s dwellers, plays on the agreeable and seemingly benign appearance of a simple public staircase with small viewing platforms and an olive tree in a pot —to subtly irritate the multiple external forces attempting to exploit the neighborhood under the premise of providing better public utilities. On the one hand, it reacts to the forced renovations of Karm El-Zeitoun’s staircases, which were induced by the political rally conveniently preceding the 2018 parliamentary elections.

On the other hand, it rebels against opportunistic private agencies seeking to benefit from the ongoing renovations through the upgrade of a major drainage line on the northern residential edge of Karm El-Zeitoun. This will facilitate the future implementation of an already-planned shopping center that will inevitably eradicate this part of the neighborhood. As such, the intervention is surgically positioned above an 82-centimeter gap within the aforementioned staircase — under which runs the targeted drainage line — in order to produce friction between political figures using Karm El-Zeitoun to gather additional votes, the private company planning its shopping center, and the municipality that had provided me with a permit to implement the structure. Interestingly, this department claims to support a candidate who was running against the foregoing ‘savior’ of Karm El-Zeitoun’s staircases. ■ 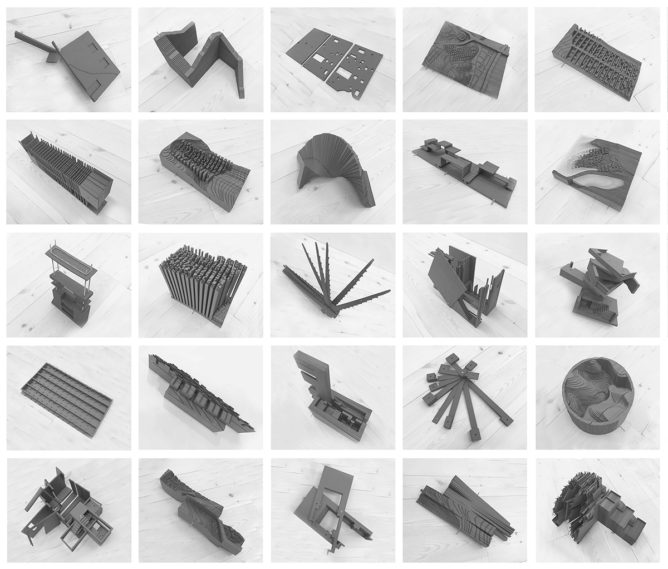 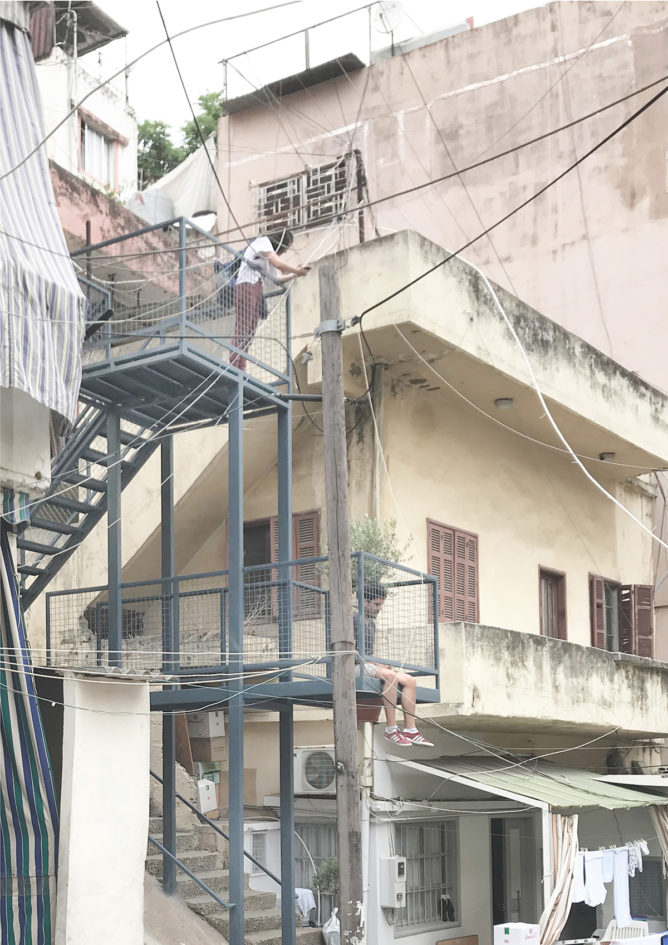 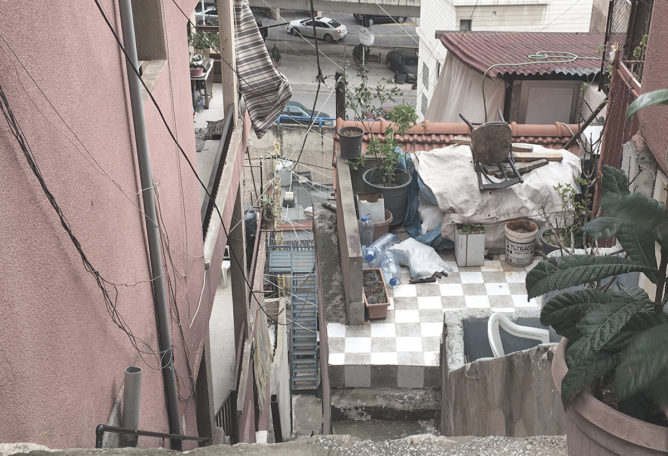