The banlieue (French suburbs) space consists in an organized classist and racist urban segregation. In this text, Mogniss H. Abdallah, one of the key figures of the 1980s anti-racist struggle in France, shows how undignifying state-funded housing were reappropriated by their residents in the Paris banlieues.

Translated from French by Robin Jaslet. 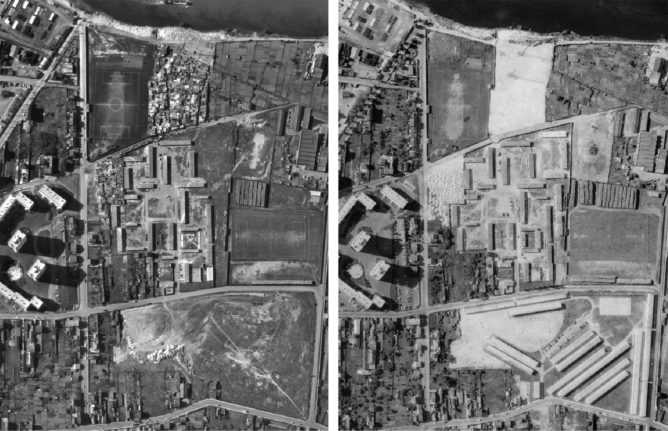 Aerial photographs of the Petit Nanterre in 1968 (left) and 1971 (right). The first one shows one of the shantytowns, destroyed in the second that shows the Gutenberg transit quarters at the bottom. / Created by Léopold Lambert (2017) based on IGN photographs.