Curator for the Ciné-Palestine festival in Paris, Anaïs Farine entitled her text about Kamal Aljafari’s film “Cinematographic experiments for a reappropriation of the city of Jaffa.”

Kamal Aljafari conceived Recollection as “a way to occupy space cinematographically — to occupy other people’s films, especially Israeli films” (Kamal Aljafari, Ballast, October 19, 2018). By diverting images of Israeli and Hollywood fiction films shot in Jaffa from the 1960s to the 1990s, Recollection proposes to rewrite the city’s filmic history.

Evident from the first scene, Aljafari’s erasure of characters from Hollywood and Israeli films and his reframing within the images reveal both the film extras and the architecture — which were originally rendered as set — as central characters of Recollection. These initial shots plot the deconstruction / reconstruction work that will follow. The director digitally erased various elements and created virtual movements inside the original frames; movements that seem to be those of a real camera and literally delve into the representational space of Israeli and Hollywood films in order to give them a new dimension (see the May 27, 2018 masterclass with Kamal Aljafari organized as part of Ciné-Palestine Festival in Paris).

Although there is a distinction in terms of technique, Kamal Aljafari’s process and its effects are reminiscent of Angela Ricci Lucchi’s and Yervant Gianikian’s “analytical camera,” which is described by Margaux Serre as “an optical printer of their own devising that allows them to read and reproduce different formats of film, to move inside the photograms, to modulate scrolling speed, or to re-color them” in order to rework films made primarily in the early twentieth century. The “analytical camera” permitted an investigation of the image and the space of images “according to the logics of exploitation and enslavement that have run throughout contemporary history” (Margaux Serre, Catalog of the 15th edition of the Festival des Cinémas Différents et Expérimentaux de Paris, 2013).

Kamal Aljafari’s experimental gesture is militant precisely because of the way he uses space. His intervention even in the space of the original films moves the city and its inhabitants from their positions in the background to the foreground of Aljafari’s work. The implicit reclaiming of space for the background is in keeping with the way the film credits are organized: neither the directors nor the titles of the original films are given, leaving space instead for the names of the previously marginalized people. Their history is told, and in the same gesture the places where these images were shot is described in a personal
and poetic manner.

By erasing the initial marks of appropriation and by operating within the representational space of collected films, Recollection constructs a new relationship to the city, one in sharp contrast with the power relations testified to and reproduced by the perspective and composition of its source images. The director’s use of representational space and his reconstruction of the space of the city is an extension of the work he began in The Roof (2006) and continued in Port of Memory (2009). This work responds symbolically to the current gentrification of Jaffa, a process that especially impacts Palestinian inhabitants and continues a long history of dispossession, and one that the images filmed in this city document in their own manner. ■ 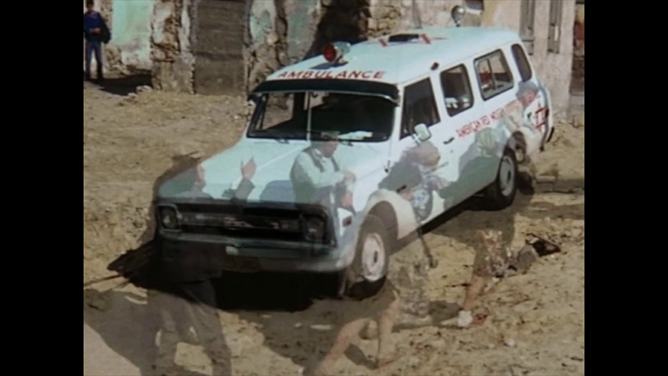 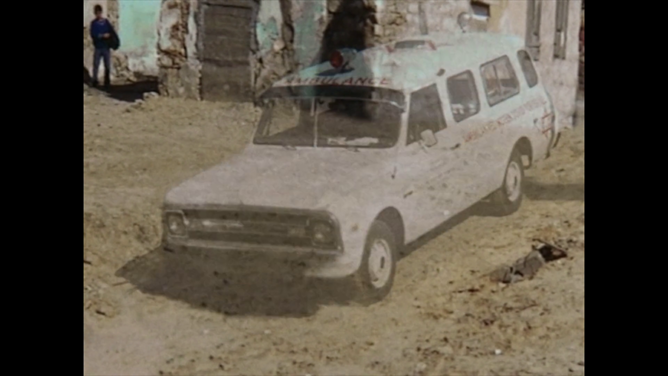 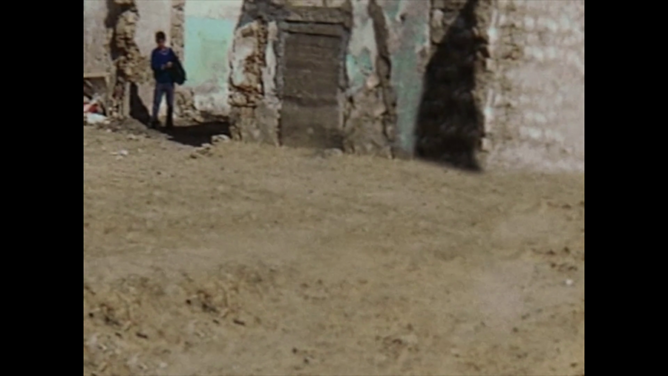