An enclosure, the humid mouth of a mountain. The air lingers heavily as faint lines emerge against the black. The latent image announces a passage barreled in concrete to another country. Distant, a point of light bursts into life announced by a deafening roar, echoing through. 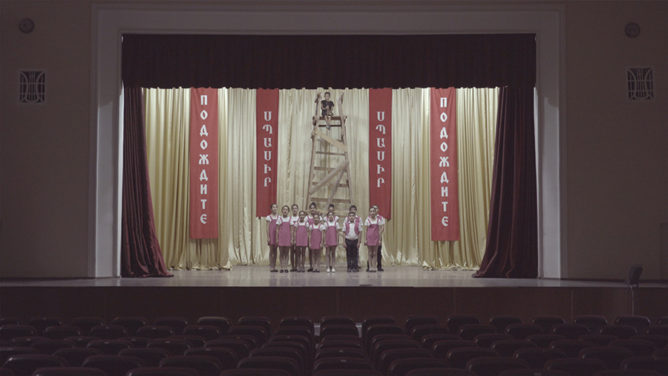 “I was on a short school break, heading south to see family. I’d heard about the clashes at the Nakhchivan border and the armed forces blockading infrastructures, but it didn’t occur to me that the railway was also compromised. Boarding the train, I was struck by how utterly empty it was. Desperate to see my family on the short break, I tried to think nothing of it. Rolling past Ararat, the train attendant entered my car and was shocked to see me. In a panicked voice he whispered, ‘What are you doing here? Haven’t you heard?’ That was how I found out that the mutual non-interference agreement signed to prevent disruptions to basic transport infrastructures had collapsed and militias were seizing passengers and goods on the Yerevan-Baku line. With the attendant’s help I managed to find a hiding spot in a dark storage closet. Only a few minutes after I’d crawled under the blankets, the train came to a full stop and armed men boarded. They searched the entire wagon thoroughly and interrogated the attendant before leaving and sending us on our way. When I arrived home, my parents were in tears ‘How did you make it?’ they asked. Apparently, the day before my ride, they had kidnapped 12 students on the train and held them as prisoners. That was the last train to ride those rails.” – A. A.