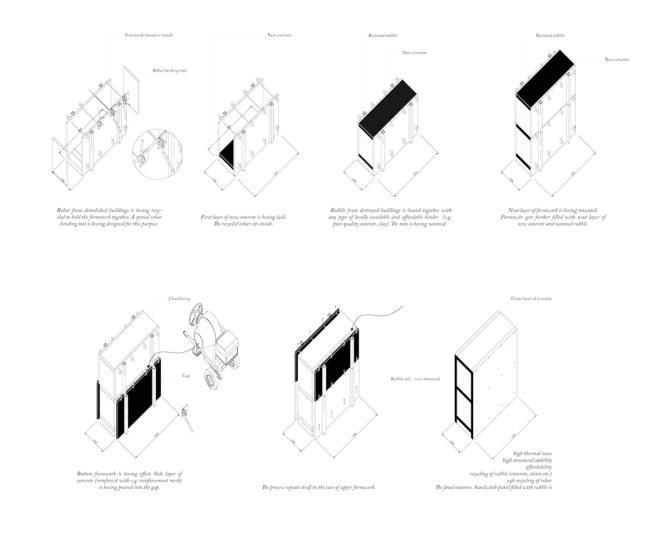 Just before the outburst of war, Aleppo had a population of around 2.5 million, half of which was estimated to live in 22 informal settlements of different types and sizes, concentrated mostly in eastern Aleppo. Informal settlements are described often through a lens of their “illegality” which, reveals itself in types of land tenure and construction practice. The settlements in Aleppo materialized themselves mostly through “illegal” formations on agricultural lands adjacent to the city or building on top of existing dwellings without construction permit. Deliberate or not, classification of neighborhoods as simply “illegal” is insufficient and dangerous. This simplification of reality based purely on land ownership, registration, master planning, zoning, grand urban rules and construction standards, in face of the very nature of “informality” renders little meaning. It creates a perfect environment, however, for often top down, deliberate demolition and speculative, opportunistic developments.

The project through analysis of the Islamic historical spatial conditions, recent cultural changes, urban policies and current political and economic environment around Syrian post-war reconstruction aims to recognize key challenges of the future process. The project puts its focus on the nature of socio-political change which Syria has undergone in the decades preceding the Syrian Civil War and its potential impact on the future of Aleppo’s informal neighborhood units, being recognized here as basic socio-spatial mechanisms of reconstruction and future participation in governance of the country or, in times of disruption, its potential resilience. 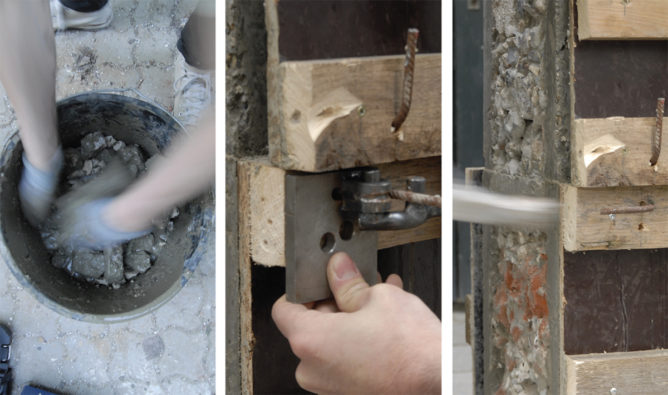 In the context of Syrian conflict, every design proposal might turn out easily to be naive, even dangerous or highly speculative, both in terms of its actual pragmatism and political context. The biggest challenge was how to provide a set of strategies on various scales, which sneaks in between or hack nodes of political regimes’ influence. All the elements that shape spatial products in the city are holders of both a political potential and means to tune or alter it. A shift in informal construction methods or future urban fabric pattern may sponsor the ongoing reconditioning or revolutionizing of a spatio-political climate, break up monopolies for reconstruction or ‘formal-‘informal’ dichotomies. Such spontaneous modifications may eventually reduce tensions and violence, and because they are not declared, they need not stimulate the prevailing dogmas that must, if named, turn into another fight.

The designs aim to challenge past examples of post-war reconstruction processes and current neoliberal means of development in war-torn and emerging countries. The analysis of both spontaneous aggregation processes thanks to which the historical core of Aleppo emerged and prevailing policy approaches towards informal settlements in Syria, and globally, gives a possibility of building on and learning from the past.

The comparison of cities which were reconstructed after their total or partial destruction projects its conclusions onto a set of speculative strategies, which range from the city scale, through district rubble clearance scale, proposal for new neighborhood urban fabric ending up with 1 to 1 debris wall prototype resulting in a new construction method. Ultimately, the multiscalar complexity has a chance to evolve into a proactive, more wholistic and dynamic rather than prescriptive, bottom-up strategy for reconstructing the city and society by its people. 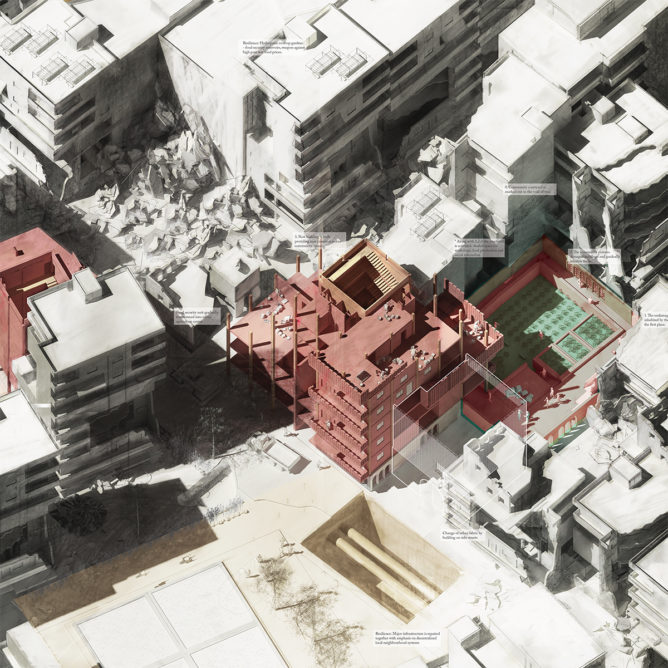