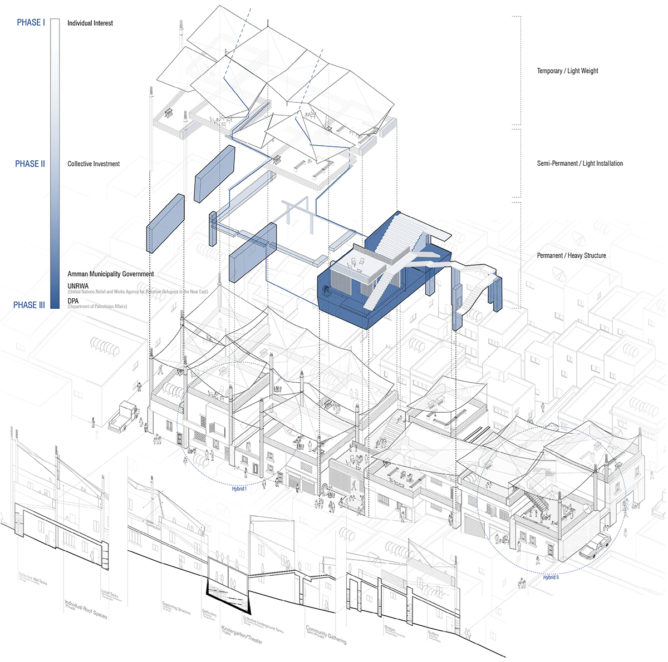 Sixty-eight years after the Palestinian exodus following the 1948 Nakba, many of the Palestinian refugee settlements in Jordan, once located in distant rural areas like Al-hussein Camp in Amman, have been bypassed by the ever-growing city development. As time passed, Palestinian refugee camps became multi-story dense neighborhoods and incubators for diverse micro economies while struggling with the dichotomy of the right to return. However, the permanent temporariness of the camp’s typology has been employed to justify the marginalization of this community through an inequitable access to resources, like water and electricity, in a state that struggles to meet the growing water and energy needs of its residents. This situation puts the camp in a fragile situation against a rapidly changing climate, especially in Jordan, the third most water scarce country in the world, where forcibly displaced populations constitutes around one third of its population , and are often blamed for the state’s failures. 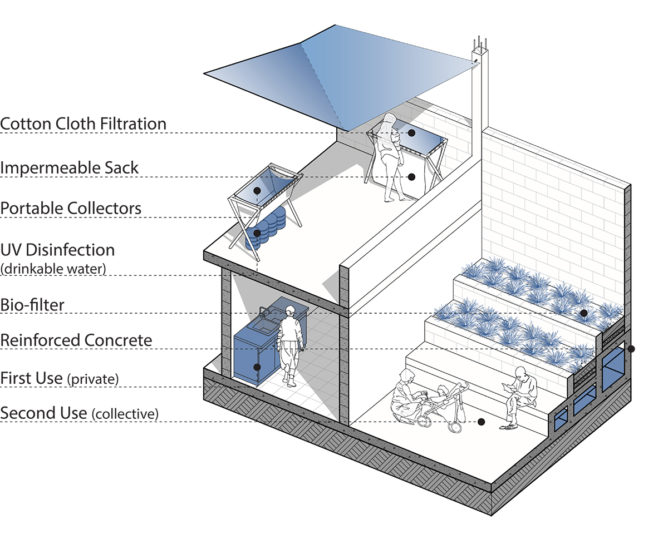 Within a regional context of dependency and subordination, The Right To Water project investigates the potential of utilizing the irregularity and extreme density of the refugee camp to empower the local population towards water independency by the implementation of an extended network of decentralized micro water collection and storage units embedded in the built fabric. The dense urban fabric performs like a second topography that can be molded and reshaped through various interventions ranging from the use of elevated light structures that divert the flow of water while providing shade and opportunity for new programs on roof-scapes, to the provision of storage facilities. 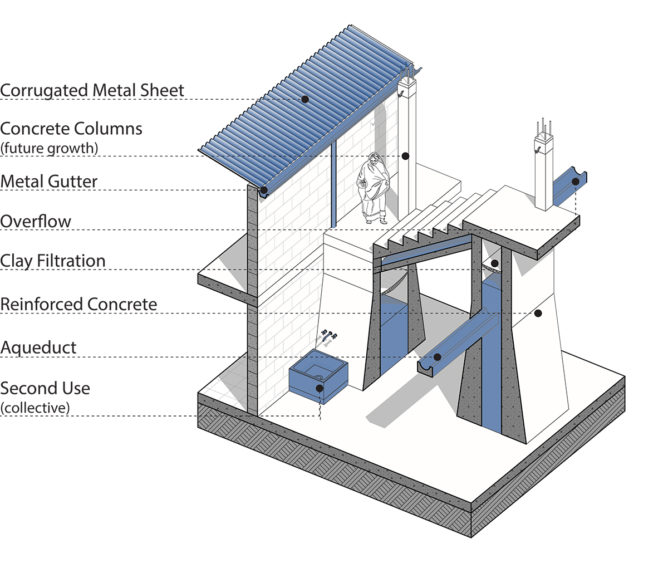 These storage containers, which also filtrate the water using alternative technologies, are hidden in tanks that provide structural support for future vertical growth, or are contained in planters, outdoor seatings, stairs, and smaller portable devices designed for a seasonal storage. The tanks are interconnected by aqueducts and gutters to assure an equal distribution of the collected water as it overflows from small-scale individual tanks on the roofs into more collective reservoirs in the ground. 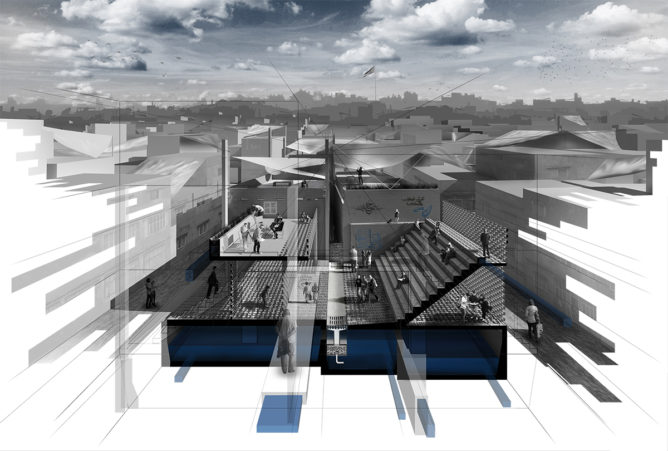 The sequential overflow of water leads to an underground tank located in the lowest point of the newly reshaped-topography, which also becomes a point of “water revelation” through a collective usage of water happening in the programs above it. This community space is flexible enough to allocate different programs like common kitchens and gardens, places for meetings and children to play, kindergartens, medical assistance, weddings, among others. Thus, the proposed water collection and storage extends its value beyond the functional infrastructure to become an element of finding and activating much-needed open spaces for gathering and social interactions across the camp.

The Right To Water advocates for a system to be carried out individually and collectively by its own residents (DIY). This will not only allow for independence and flexibility in terms of implementation, but will also become part of the legacy and memory of the camp to be left for future populations. 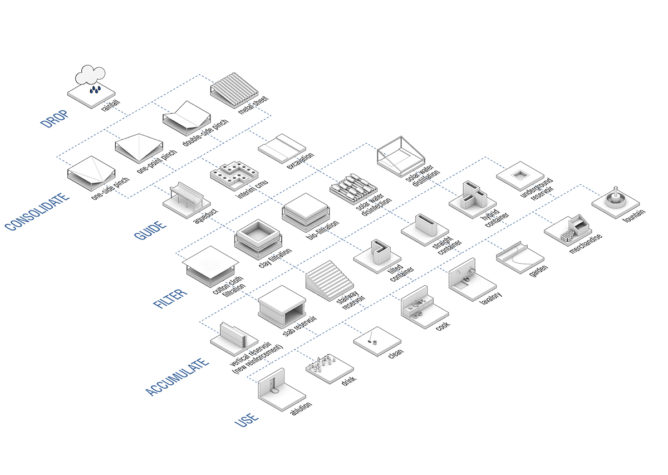