Between 1996 and 2000, over 300,000 women and 16,000 men were surgically sterilized through a program called “Family Planning and Reproductive Health Program” implemented during Alberto F. Fujimori’s dictatorial presidential regime in Peru. Most of them came from economically deprived areas in the highlands, the coast and the amazon regions of the country, where the majority of people do not speak Spanish as a first language, and where high rates of poverty, maternity and mortality can be found.

“Contraceptive Voluntary Surgery” (“Anticoncepción Quirurgica Voluntaria” in Spanish or AQV’s) was applied massively and systematically on these populations. In this period, it is estimated that only a small percentage of the total population that underwent surgical sterilization gave their full consent.

The majority of the people affected were indigenous people, with their own beliefs, cultural practices and customs. Sterilizations were conducted without considering the patient’s cultural background. Several reports indicate that they were taken to local medical centers using false information, pressuring and bribing them and their families so that they comply. In some cases, the medical procedures were executed without consent, using fake signatures and un-translated medical consent forms (from Spanish to Quechua or any other language). Testimonies describe unsanitary conditions in the medical centers, and the poor post-operatory information that resulted in complications, which lead to the death of eighteen women.

In 2001, a brave group of twelve women from the town of Anta, in Cusco, denounced the violation of their rights and the intractable fact that they had being sterilized without their consent, for life. These women’s struggle led to a broader fight for justice, still ongoing, which creates a powerful reminder of how health access, reproductive health, and, overall human rights are affected by the structural inequities our modern societies perpetuates. Over 16 years have passed since the first cases were reported and yet, there is still no justice for those affected and no sanctions have been issued for those implicated. In March of 2012, the case of forced “Contraceptive Voluntary Surgery” was reopened by the Peruvian public prosecutor’s office for the third time. As I am writing these lines in December of 2017, the case has yet to be judged and closed. 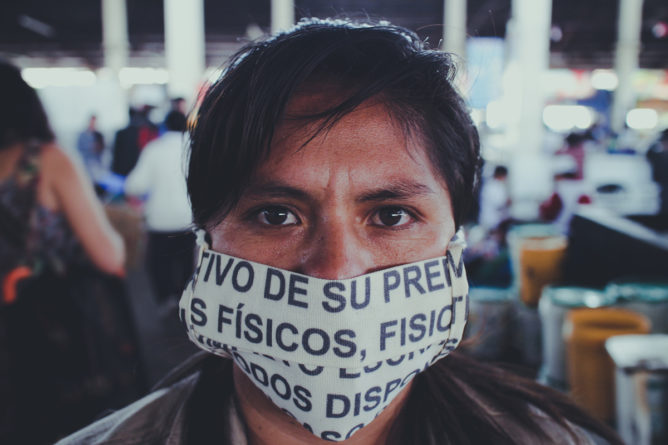 In 2011, while pursuing graduate studies in fashion design, frustrated about local Peruvian electoral news, and aware of my role — and its limitations — as a Peruvian citizen, I decided to develop further research into the dimensions of gender, sexual and reproductive health, and the idea of strength, in a context of trauma and violence. Even though I had briefly studied the topic of forced sterilizations before, this time I had the opportunity to approach the issue through the lens of design. In this context, design is conceived as a medium to communicate, a space from which to provoke, and to engage with ideas. Fashion design became the framework through which I would address this case, in various contexts and across different audiences.

Formally launched in 2012, Articulo 6: Narratives of Gender, Strength and Politics is a project that stands at the intersection of design and activism. It takes the unsolved case of forced sterilizations as a framework to generate dialogues on gender, strength, and politics through conceptual and visual elements, advancing critical thought and connections with notions of body, gender, human and women’s rights, the politics of clothes, among other issues.

The actual Article 6 of the second chapter of the General Health Law of Peru states that “All persons shall have the right to choose freely the contraceptive method they prefer, including natural methods, and to receive, prior to the prescription or administration of any contraceptive method, appropriate information on the methods available, their risks, contraindications, precautions, warnings, and the physical, physiological, or psychological effects that might be caused by their use. The application of any contraceptive method shall require the prior consent of the patient concerned in the case of permanent methods, the declaration of consent shall be recorded in a written document.”

Perpetuators of this massive sterilization program violated the 6th Article of the General Health Law. The article gives the project its name, emphasizing the fundamental importance of “the right to choose a contraceptive method,” as well as underlining the paradigmatic distance between people and this right, created by a language barrier (Spanish) and the medium that sustains it (written text). 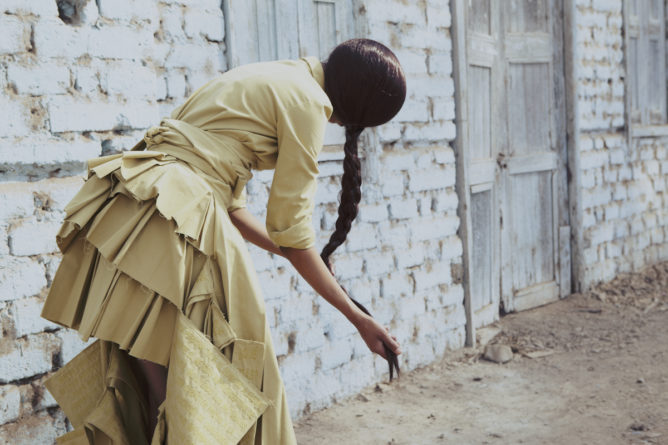 Articulo 6 explores different narratives related to the case and uses testimonies of the people affected, fragments of political speeches, research documents and laws, as well as other textual and visual content as raw materials for the project’s collection of garments and twelve “actions.” These actions are developed through performances, meta pieces, exhibitions, video, photo, conferences, installations, workshops, among other forms of activations. They are meant to underscore the potential of garments to impact and intervene in different social contexts, as well as their ability to generate alliances and enable further discussions between various stakeholders. The project’s garment collection conceives of garments as having agency (see Webb Keane, “Signs Are Not the Garb of Meaning” 2005) and that, as agents of change, garments can be viewed as part of that which constitutes and forms lives, cosmologies, reasons, causes and effects. It also considers that objects can become mediators of relationships between humans, activating new connections between thought, things and people (see Bruno Latour, Reassembling the Social, 2005).

These garments were made with mixed techniques (embroidery, weaving and printing), and are based on the deconstruction and reinterpretation of the imaginary behind Andean garments. Their production (serial and monochrome) references the standardization and militarization of public health policies, as well as to the strength, resistance, and fighting capacity of people to face the violation of their sexual and reproductive rights.

The twelve actions of the project — activated since April of 2012 and still ongoing — bring the pieces closer to different audiences, so that they may not only appreciate them visually, but also through the recognition of politics of information and disruption triggered by clothes as agents of knowledge and awareness.

Articulo 6 garments are not intended to circulate as commercial objects. Their activation depends on the willingness of different actors to use them. Once activated, they are returned to the designer for another activation in the future.

It is important to bring the case of forced sterilizations to the forefront of public opinion and raise awareness of the need to respect, remember and bring justice to those affected by this vertical and discriminatory public policy that must not be repeated. 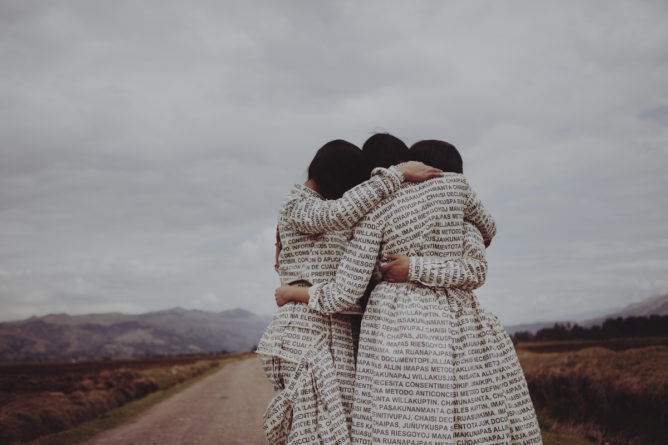 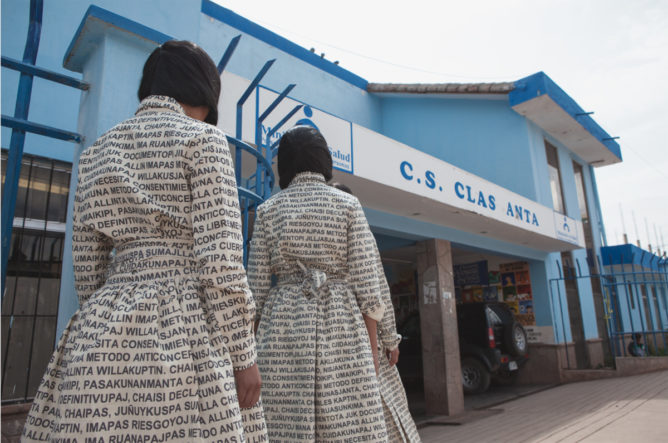