Madagascar (Repoblikan’i Madagasikara) is internationally recognized for its distinct ecological composition. The fourth largest island in the world is home to over 200,000 plant and animal species of which at least 80 percent are native to Madagascar. Hundreds of these plants are expertly recruited in practices of Malagasy medicine, or pharmacie gasy, by specialists throughout the island’s six provinces. 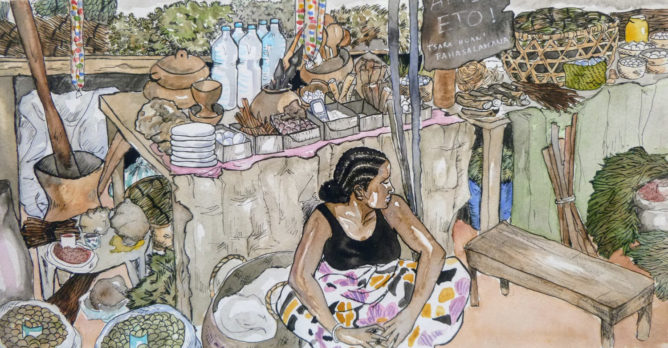 It is said among Malagasy elders that the antidote to any venom, sting, or poison can be found in your immediate surroundings — that is, if you know how. Pharmacie gasy, often employing botanicals as medicine (fanafody), is a system of relationships and materials that bring about a change in the patient’s psyche or body. Patients of pharmacie gasy display variety of concerns with symptoms that range beyond Cartesian dualism: illness and sickness (marary and arety) such as syphilis and migraines can be attributed to bad fortune or jealousy, all considered part of the social body of fahasalamana (well-being). An attunement to pharmacie gasy, both spiritually ordained and learned, necessitates a metaphysical turn to the ancestral realm. Without this orientation, many vazaha (foreigners) have a restricted view of what pharmacie gasy has historically been and what it can be. To justify the exploitation and appropriation of phamarcie gasy for financial and political gain, colonial medicine and Big Pharma have relied on categorizing pharmacie gasy as largely “toxic” and in need of Western governance. Classifying pharmacie gasy as dangerous recruits colonial science to enact a disciplinary power over Malagasy medicine. With health and healing as intimately linked to self-knowledge and self-determination of individuals and communities, the subjugation of pharmacie gasy raises serious questions about sovereignty. What would it mean to reconsider “toxicity” not as a neutral biological classification, but as a tool of colonial governance which condemns Malagasy knowledge production? 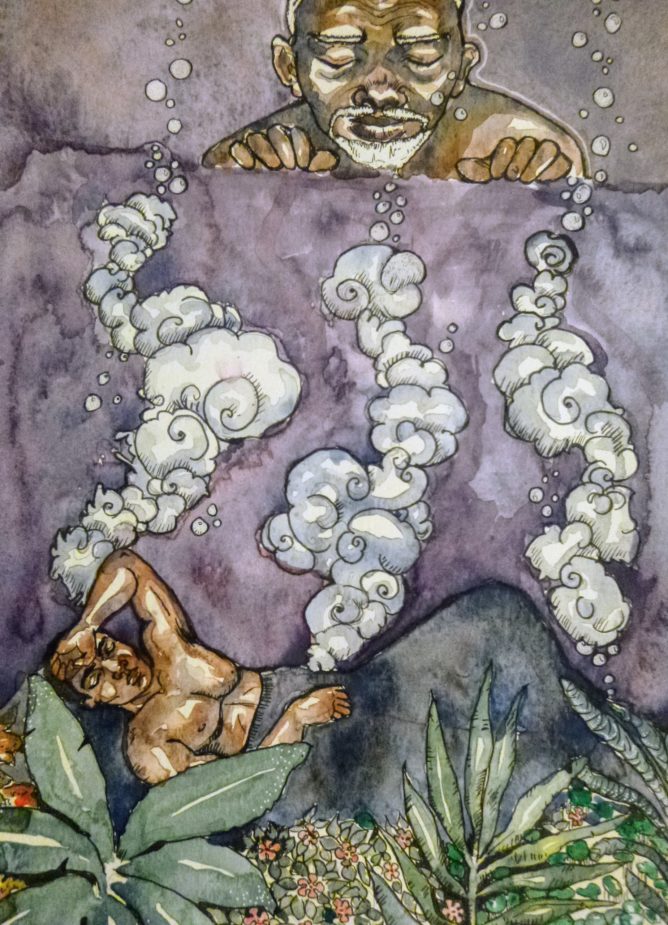 France’s ten-month military campaign to colonize Madagascar in 1895 was arguably one of the worst medical disasters of any European invasion in Africa. Queen Ranavalona III (r. 1883-1897) of roughly two thirds of Madagascar refused to accept an Anglo-Franco agreement that assumed French protectorate over the island after the first Franco-Hova War (1883-1885). In response to the Merina Queen’s defiance, the French sunk their teeth in deeper, initiating a second Franco-Hova War in a desperate attempt to claim their illegally acquired territorial “right.” Although ultimately victorious in acquiring the red island, it was not without humiliation for the colonizers. Out of the roughly six thousand French casualties, only twenty were the result of actual combat: the rest fell ill to malaria, dysentery and typhoid. Unfamiliar with Madagascar’s unique landscape, the French were unable to recognize the plants in their surroundings which could have cured the very diseases that decimated their colonial troops. With tropical disease central to 19th century colonial anxiety, phyto-medicine became seen as an issue of national security. A potential threat to the bio-order imposed by colonialism, scientists and colonizers engaged in the surveillance of plants. Popular literature on the genre of man-eating trees and accounts of the plant tanghin used in judicial executions circulated in the fearful colonial imagination. Informed by racist fear, colonizers and missionaries in Madagascar were wary of both the Malagasy people and the natural environment — each plant possessing both the threat of posion and the potential to relieve unfavorable economic and physical conditions. Rather than regarding practitioners of Malagasy pharmacie gasy, such as ombiasy (healers), massage therapists, and renin-jaza (mid-wives), as specialists, resistors and diviners, the colonial archive systematically exhibits a stance of suspicion and skepticism towards pharmacie gasy and its knowledgeable practitioners. French colonial botanists, missionaries and administrators positioned themselves as filters who could extract the truth, discerning “real” knowledge (objective, elegant, simple, and universal) from “traditional knowledge” or that which is depicted as subjective, anecdotal, impure and biased. By re-naming, re-categorizing, and re-orienting relationship between materials, colonial scientists claimed to be the arbiters of facts and true knowledge — discarding that which is “traditional,” “irrational,” “dangerous,” and “toxic.” By defining pharmacie gasy as external to the scientific method, biomedicine has re-appropriated its practices under the guise of safety, effectiveness, and evidence. This paternalistic mechanism of usurping power relies upon the reinforcement of knowledge hierarchies based on biomedical binaries of harm/heal, rational/irrational, knowledge/ignorance, cure/poison, and good/bad. When pharmacie gasy and its community of practice are held on trial, these colonial dichotomies are fortified.