Photographic section published in The Funambulist 12 (July-August 2017) Racialized Incarceration. Click here to access the rest of the issue.

Temporary blockades, pickets, makeshift enclosures, boycotts, takeovers, marches, occupations, sit-ins, and other related interventions have proven to be highly adaptable and resonant ways to assert spatial agency. These acts of political resistance and the collective gatherings that champion them, disrupt and dispute the routine operation of power and circulation of capital. 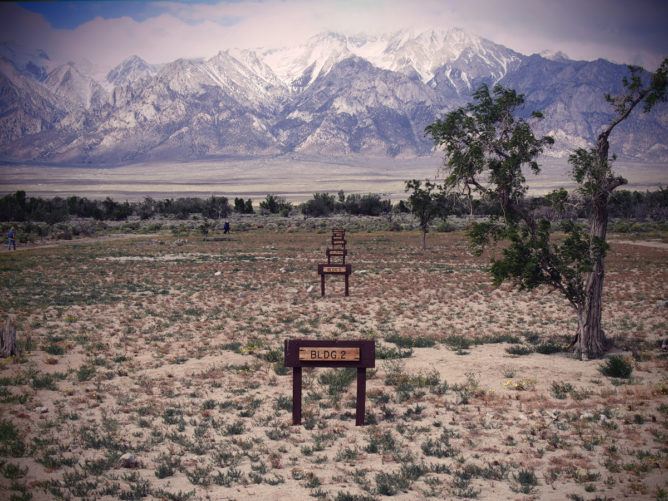 In an attempt to study how previously dispossessed groups re-map a continuing presence on the land through ritual commemoration, I am interested in the ways in which pilgrimages to former sites of Japanese American confinement have historically functioned as a space-claiming tactic and as a political tool to “unsettle the city.” The pilgrimage has played an important role in resisting through remembering and its function as a collective experience is embedded with spiritual resonance through prayer and ritual. 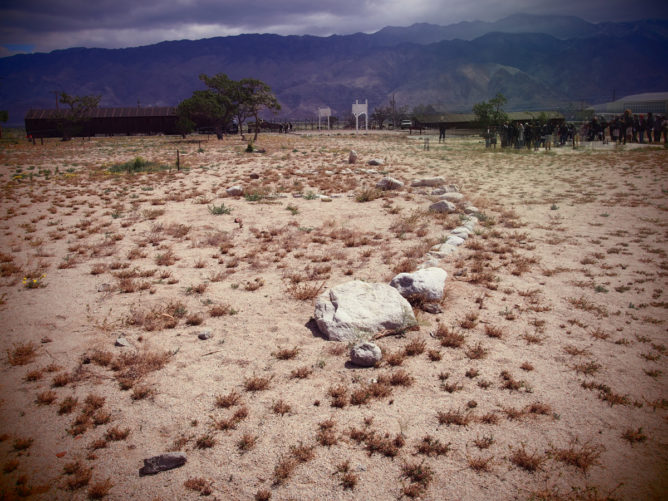 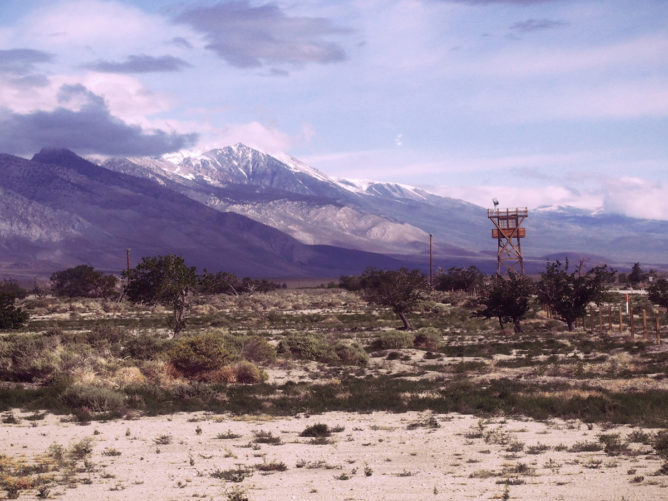 The National Park Service, in cooperation with the Friends of Manzanar, completed the reconstruction of Guard Tower #8 in 2005 which stands along Highway 395.

This year marks the 75th anniversary of the start of the confinement period (1942-1945) when approximately 120,000 people of Japanese ancestry, including Japanese American citizens, were incarcerated in a network of assembly centers, relocation centers and prison camps scattered across Arkansas, Arizona, California, Colorado, Idaho, Utah and Wyoming. Every year since 1969, hundreds have gathered in these remote landscapes for a celebration of remembrance. A return to these sites of forced exile, via annual “camp pilgrimages,” seeks to reenact and rebuild the social bonds challenged by the confinement experience. The earliest pilgrimages and “Days of Remembrance” in the late 1960s and 1970s represent a gradual process of reawakening. The very first “March to Manzanar” was initially catalyzed by a vocal younger generation of Nisei and Sansei from Los Angeles California. These children and grandchildren of internees were influenced by civil rights struggles and other radical social and political movements taking shape across the country. These pilgrimages were thus politically motivated demonstrations that aimed to draw visibility to these forgotten sites and their associated cemetery spaces and to spur public discussion amongst members of the Japanese American community in an effort to build consensus to demand redress. 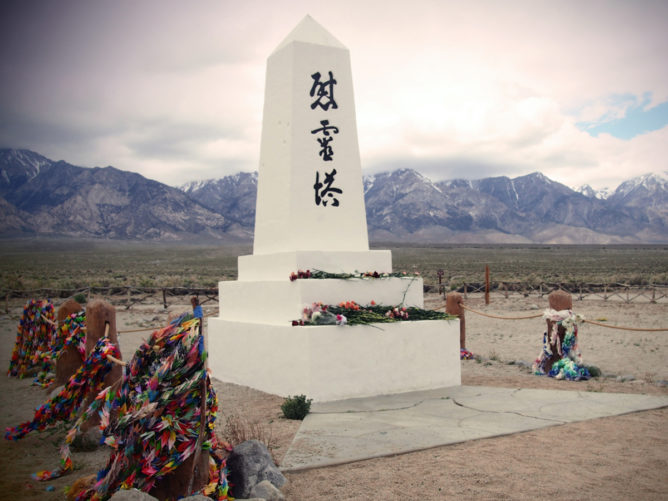 The Manzanar Cemetery Obelisk or “Soul Consoling Tower” is one of the few remaining structures. The back is inscribed with the text, “Erected by the Manzanar Japanese, August 1943” and it marks where the annual Manzanar Pilgrimage is held each year on the last Saturday in April. Colorful folded paper cranes adorn the posts of this painted and restored monument to symbolize hope and healing. 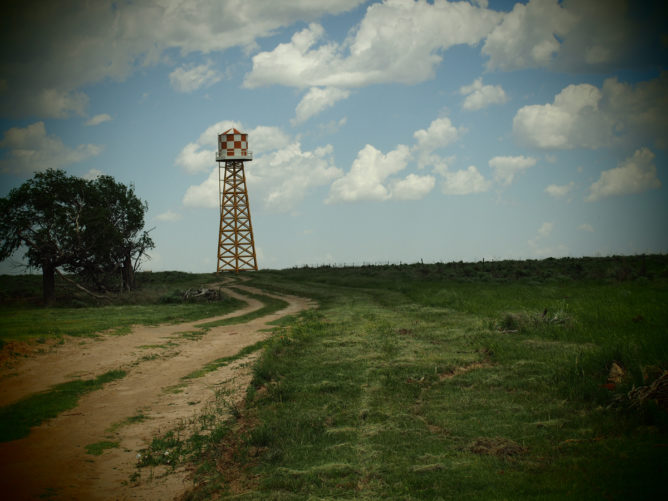 In 2013, the Colorado Preservation Inc. received a grant to restore the water tank, the guard tower and a barrack. Craftsmen from Wattle & Daub, a local preservation contractor, stabilized the tank with interior bracing to protect it from harsh winter winds. School teacher, John Hopper and students from nearby Granada High School formed the Amache Preservation Society have worked on various restoration projects on site and outreach and educational programs in a newly constructed off-site museum. 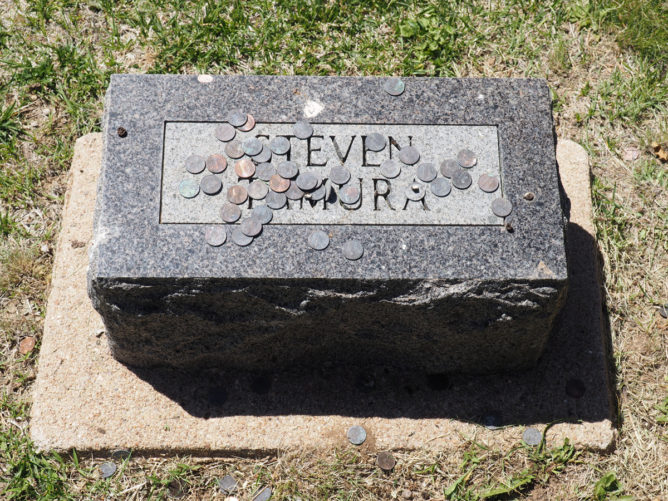 Different denominations of coins are often left on graves in remembrance of the deceased. During the height of the war, 31 men from this camp were recruited into the Japanese-American 442nd Regimental Combat Team and the annual Amache Pilgrimage takes place at a cemetery memorial erected in 1983 honoring their service.

A decade later, Congress proposed the creation of the Commission on Wartime Relocation and Internment of Civilians (CWRIC) which President Jimmy Carter signed into law on July 31, 1980. The work of this truth seeking initiative was compiled in an official government report, Personal Justice Denied (1983), which synthesized findings from public hearings and witness testimony. The recommendations outlined in the CWRIC final report led to an increased historical recognition of these sites and influenced the passage of the Civil Liberties Act of 1988 which resulted in an official apology, payments of $20,000 to each surviving internee and the creation of Civil Liberties Public Education Fund to support research and outreach. Two seminal publications by the National Park Service and the Nation Historic Landmarks Division followed in an effort to establish a comprehensive framework for inventory and management of the expansive network of these sites which ranged from 12 makeshift assembly centers, 10 relocation camps, 2 reception centers and 7 prison camps.

This cultural landscape retains a profound materiality that has become symbolic of cultural and racial prejudice that has resonated beyond the Japanese American community. Over the years, the pilgrimages have fostered seemingly unlikely alliances with many communities with analogous experiences of dispossession, oppression and displacement who possess little to no connection with the land itself. 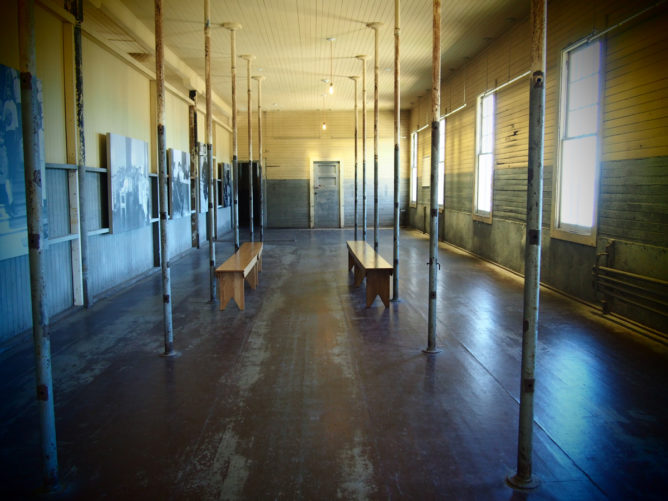 The U.S. Immigration Station on Angel Island was in use between 1910 and 1940 and was built largely to enforce the Chinese Exclusion Acts of 1882 through 1943. Its wartime use to detain Japanese, German and Italian “enemy aliens” has been recently highlighted through pilgrimages and an exhibition organized by the Nichi Bei Foundation in partnership with the Angel Island Immigration Station Foundation and the National Japanese American Historical Society. 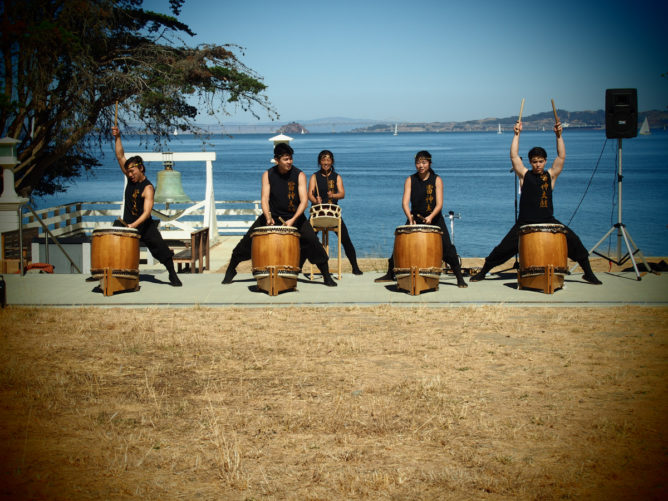 Members of Cal Raijin Taiko of UC Berkeley created original compositions during the pilgrimage ceremony to honor immigrant ancestors and draw attention to the history of Japanese and Japanese American legacy at Angel Island.

In an attempt to understand how bridges of interethnic advocacy and solidarity manifest themselves, I embarked on a series of pilgrimages to former sites of Japanese American confinement. The following are images from my journey that reveal the multiple ways in which these spaces are commemorated either through legally mandated and publicly funded memorials and through more informal, spontaneous and grassroots commemorative initiatives. Pilgrimages attended include: the 47th Annual Manzanar Pilgrimage (2016, California), the 40th Annual Amache Pilgrimage (2016, Colorado), the 3rd Annual Angel Island Pilgrimage (2016, California) and a visit to Honouliuli National Monument (2017, Hawaii). This summer, I continue my journey to the 14th Annual Minidoka Pilgrimage (2017, Idaho), the 6th Annual Heart Mountain Pilgrimage (2017, Wyoming), a visit to the Aleutian Islands (2017, Southwest Alaska). Following this, I plan to visit the 56 sites across British Columbia in Canada that have recently been recognized by the provincial government. 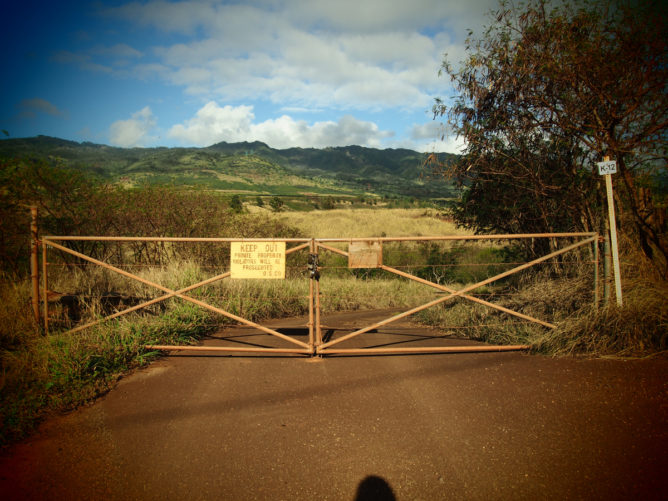 President Obama announced the creation of Honouliuli National Monument by presidential proclamation on February 19, 2015. Monsanto Company donated 143 acres of land to the National Park Service and previously permitted entrance to members of the Japanese Cultural Center of Hawai’i (JCCH) for various educational activities, archeology, and observances and ceremonies. 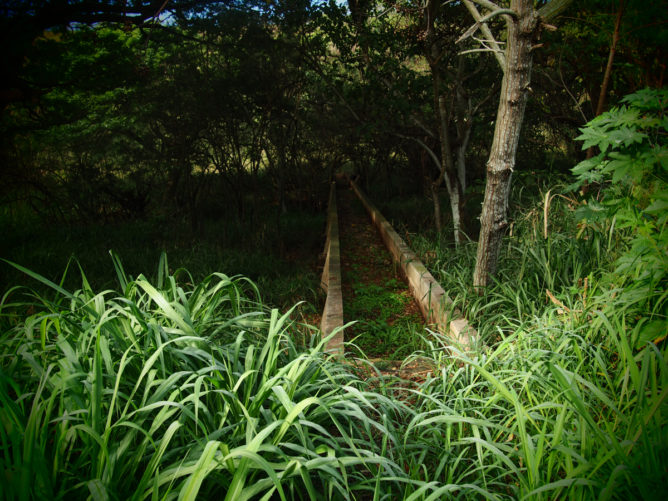 Since its designation, students from the University of Hawai’i West O’ahu (UHWO), staff and volunteers from the (JCCH) and National Park Service staff and volunteers have engaged in multiple sessions of fieldwork under the direction of archaeologists Mary Farrell and Jeff Burton to uncover this camp’s infrastructure, in particular its ditch and aqueduct system that traverses the site. 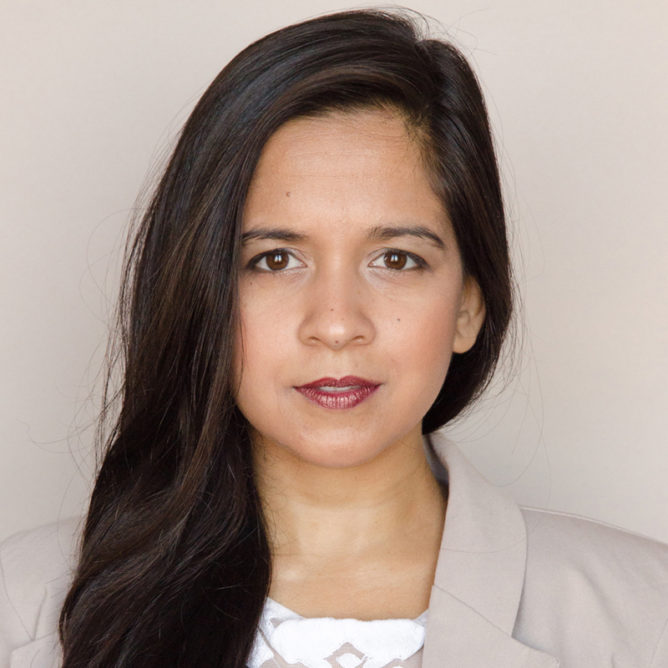 Desirée Valadares is a landscape architect and urban designer, currently a PhD student at U.C. Berkeley. Read more on her contributor page.