Article published in The Funambulist 10 (March-April 2017) Architecture & Colonialism. Click here to access the rest of the issue.

Welcome to the tenth issue of The Funambulist. It operates somehow in continuity with the previous issue (January-February 2017), which offered the words of indigenous and anticolonial struggles from various islands of the world. Voices from Kanaky, Mayotte, Hawai’i, and Puerto Rico resonate therefore here with those from Libya, Kenya, Palestine, and Java, in the colonial situations they all describe. While the last issue was dedicated to the seminal work of Édouard Glissant, inscribed throughout the pages of this present one is the influence of another Martiniquais: Frantz Fanon. Through his work as an anticolonial psychiatrist, thinker, and activist in colonial Algeria, he remains today one of the main figures through which we can deconstruct the apparatuses of colonialism — of which one of chief importance is architecture. This brings me to the two editorial arguments that this present issue attempts to make; both relate to the definitions of the two terms in its title, architecture and colonialism, which will be illustrated here by examples from French colonialism in particular.

Architecture Is Primarily a Spatial Apparatus ///

The first argument has to do with the way we approach architecture, and its responsibility in the development and enforcement of colonialism. Many Western (and sometimes non-Western) books dedicated to architecture history consider colonialism as a historical period rather than a system of domination. As such, it is not surprising to see colonial architecture interpreted solely through an aesthetic, mixing the colonizer’s canons with, not so much the colonized’s canons, but the colonizer’s orientalist interpretation of them. The same goes for the imposition of Western modernist architecture in colonized cities. Hence, the radical urban transformations accomplished by an architect such as Michel Écochard in such varied contexts as Casablanca, Sidon, or Damascus are often only interpreted as the modernization of Global-South cities. More troubling even, the consequences of the massive destructions and transformations envisioned by Le Corbusier in his colonial master plans, such as the “Plan Obus” for Algiers (1933) or in the proposal made to Mussolini for Addis Ababa in Ethiopia (1936, see the work of Rixt Woudstra) often seem to be deemed much less consequential than the destruction of entire parts of Paris envisioned in his “Plan Voisin” (1925). Here again, modernism is read less as the radical imposition of a system of organizing space according to colonial rationality than it is as a paradigm of mere aesthetic shifts.

Although the aesthetic dimension of architecture should not be jettisoned from our analyses, as it constitutes the visual medium through which colonial narratives are communicated, the approach to architecture throughout this issue is deliberately different. In order to define in what this approach consists, let’s turn to Fanon:

There is not occupation of territory, on the one hand, and independence of persons on the other. It is the country as a whole, its history, its daily pulsation that are contested, disfigured, in the hope of a final destruction. Under these conditions, the individual’s breathing is an observed, an occupied breathing. It is a combat breathing. (A Dying Colonialism, 1959.)

precisely constitutes the spatial setting of this combat breathing between a colonial power that regulates numerous aspects of the daily lives of colonized bodies and the means of resistance created against such regulation. Of course, architecture is far from being the only apparatus mobilized to occupy “breathing,” yet its function of organizing bodies in space and controlling the atmosphere of breathability makes it a fundamental component of this occupation.

As such, architecture can be understood both in its productive form (the construction and operative function of buildings) as well as in its negative manifestation (the process of demolishing existing buildings). The massive destructions that marked the periods of colonization, so-called “pacification,” and then counter-insurrection in territories like Algeria constitute a fundamental part of this definition of architecture. However, there is a strategically-conceived order behind all the apparent disorder of debris. While we will save a closer examination of this process for the next issue of The Funambulist (11/ May-June 2017), dedicated to “Designed Destructions,” we focus now on what follows these acts of ruination: the construction of a colonial architecture that organizes bodies on both sides of its walls. Outside of them, the street formed by the newly built urbanism is organized to be penetrable to the various colonial policing forces, while inside, the social hierarchization and division between colonizers and colonized (servants, for instance), or between colonized male subjects and their female counterparts, is materialized through the apparatus of architecture.

It is important to emphasize that architecture operates in close association with administrative institutions and the military. After the French colonial authorities destroyed the lower part of Algiers’ Casbah in 1830 to replace it with a Hausmannian urbanism (see Méria Faïdi’s student project in this issue), they also applied a layer of colonial administrative to the remaining part of the old city by assigning street names and house numbers. Of course, the names of the streets were highly symbolic of the French domination, but we should not forget that such naming and numbering in itself functioned as a kind of administrative stranglehold, as the act of naming something is already an exercise of control. It allows a precise cartography of space that, to a certain extent, retroactively provides the controlling effects of an urbanism built from ‘nothing.’ The devastating effects of such administrative designations within the city (each house has a number along a named street) can be seen in the French paratroopers’ methodical suppression (led by General Jacques Massu and Colonel Bigeard) of the FLN during the battle of Algiers (1956-1957). In a counter-insurrectional offensive based on intelligence obtained through the torture of Algerian prisoners, the momentary successes of the colonial army would be unimaginable without the administrative nomination of houses and streets for easy identification.

Colonialism Is a System, Not an Era ///

The second editorial argument is a simple one: colonialism is not a historical era. It does not correspond to a delimited period of time with an end that could be pinpointed through something like the dates of independence of formerly colonized nations. The example of what has come to be called “Françafrique” certainly illustrates how such a terminus can sometimes be engineered by the colonial authorities themselves. As Jacob Tatsitsa, Manuel Domergue, and Thomas Deltombe demonstrate in the case of Cameroon, the French government (which was mandated by the League of Nations to rule four-fifths of Cameroon after Germany lost World War I) engineered the 1960 independence that allowed it to terminate its UN-monitored mandate while remaining in control of the country’s resources and military operations (see further below). Françafrique thus refers to this post-independence colonial system in which France remains (even today) in relative control of the economy and sovereignty of several former colonies in West Africa. It is implemented through a currency indexed on the euro (franc CFA), the economic bullying of colonial debt (still being paid by several countries), deep ties with the ruling political elite (for instance, Biya, Cameroon’s sitting President since 1982, was placed at the head of the country after being vetted by Elf, France’s public gas company), unilateral military interventions, etc. Meanwhile, the part of the former colonial empire’s citizenry whose genealogy is linked to the colonized population is subjected to various forms, to various degrees, of structural racism, a continuation of colonialism in mutated form. Thus colonialism is the on-going process of military, administrative, legal, economic, and cultural domination by a state (and the bodies affiliated with it) over nations simultaneously presented as inferior through engineered narratives — history being one of them.

Considering colonialism as a system of domination rather than an era thus also allows us to see its most contemporary forms on a continuum of logic. As mentioned above, Françafrique is certainly one example, as is the situation in what France abstractly and disdainfully calls its “overseas departments and territories,” which was addressed in Issue 9 (Islands) — in particular in Mayotte (see article by Françoise Vergès) and Kanaky-New Caledonia (see article by Hamid Mokaddem). However, one should also not forget to place along this continuum the neocoloniality that formerly-colonized subjects and their descendants currently experience as unofficial subcitizens. In this regard, the high-density social housing amidst the low-density urban fabric of the banlieues (suburbs) — as is often discussed in this magazine — are a materialization of social and racial segregation, and should therefore be seen in a genealogy that includes the architectures described throughout this issue.

This introduction also intends to recognize the many editorial flaws of this issue. One of them consists in the failure to bridge the colonial city to its “metropolitan” alter ego, the former acting as a laboratory of control and segregation for the latter. The quasi-absence of a discussion of architectures that could serve the decolonizing struggle is certainly another. From the sinuous streets of North African casbahs, medinas, and cités ouvrières (worker villages) to the Viet Minh’s tunnels in Dien Bien Phu, these structures that use the inherent violence of architecture against colonial control deserve an entire issue dedicated to them. Similarly, the absence of articles about the genocidal and slavery-based colonization in the Americas, the Caribbean, as well as the Raj in the Indian subcontinent — to cite only a few — can be legitimately understood as a serious editorial failure. Although hoping to treat a topic exhaustively in only 64 pages would be delusional, the broadness of the topic addressed in this issue necessarily leaves us with a sense of incompleteness — which, hopefully, its intersections with Issues 9 (Islands) and 11 (Designed Destructions) can begin to remedy. With this in mind, I wish you an excellent read. 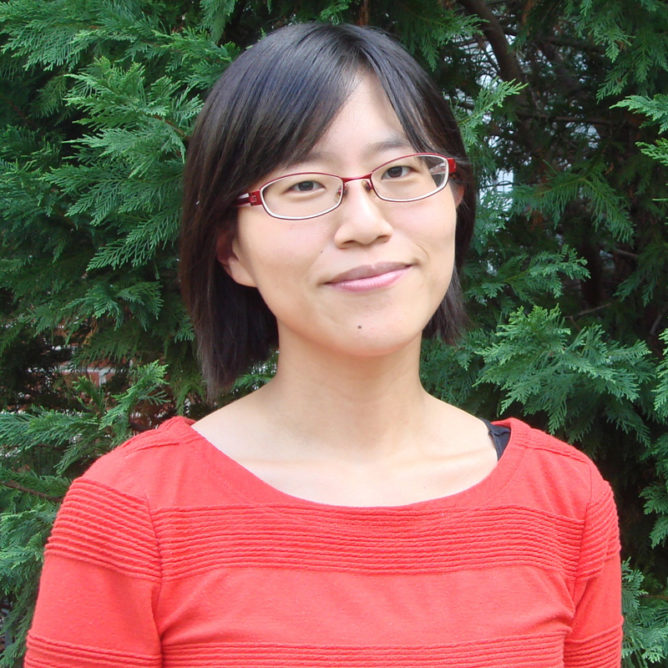 Léopold Lambert is the editor-in-chief of The Funambulist. He is the author of Weaponized Architecture (dpr-barcelona, 2012), Topie Impitoyable (punctum books, 2015), and La politique du bulldozer (B2, 2016) that examine the inherent violence of architecture on bodies, and its political instrumentalization in various geographical contexts. Read more on his contributor page.