The Bartlett School of Architecture (United Kingdom) / (in progress)

2015 went down in European collective imaginary as the year of mass population movements. The intensification of the war in Syria and the Levant, and the gradual ebbing of revolts in North Africa, created a rift in existing migratory practices, altering the routes and intensity in which they had been manifested for the past few years. Over a million people sought refuge across the Mediterranean, with the Greek islands neighbouring the Turkish coast becoming the informal gate for refugees and migrants on their way to the European mainland.

A new human topography carves its way through the continent, as forcefully displaced bodies flee destruction in their home countries and become confronted with the barriers of Citadel Europe.The so-called “humanitarian corridor” assumes qualities of an archipelago, affecting the political and spatial realities of the states that engulf it. Unfamiliar bodies of knowledge populate the emerging extraterritorial islands of this archipelago, ones that call for the renegotiation of concepts of citizenship and sovereignty for precarious communities, “native” and “invasive” alike. A deracinatory process of renewed social institution is initiated for the Harraga of the Eastern Mediterranean, through the escape from the desert of war, to the mirage of Europe.

The Embassy for the Displaced is deployed as a vessel that seeks to facilitate the navigation of the contracting (figurative and literal) waters of the migrant archipelago, in an effort to document the present displacement, and establish the criteria that allow for the subversive insertion of dissident practices around issues of citizenship, space, and the production of life on the border. Lesvos, an island in the North-East Aegean Sea, entrenched between sites of migration “management,” is our point of reference, the countless piles of debris, made of discarded vessels and life vests accumulating on its shores, our source material. Cautious of the delicate nature of our interventions, we undertook a number of design experiments using the material that was left behind form the incoming dinghies, trying to address the conditions migrants’ and refugees’ were in. Featured here are two objects: the NoBorders Backpack, a durable, 50lt waterproof backpack that is assembled on the island of Lesvos and handed out to refugees attempting the journey to Northern Europe, and a speculative design for a Passport for the Displaced. Both are made of rubber sourced from the refugees’ failing dinghies.

Operating as an espace autre, against the rigid and static boundaries of the organisational state, the “Embassy” does not seek to occupy or represent a particular territory, an endeavor that would most likely prove impossible to sustain on European sovereign soil. Rather, it attempts to transgress it, populating knots along the migrant landscape, reference points of dwelling and assembly, that help establish and occupy paths rather than fields.
A backpack, carried by refugees along these paths, can facilitate their journey in conditions where a passport often fails. With the precarity of the maritime journey embedded in every scratch on the the bag’s rubber surface, the material serves not only as a testimony to an archaeology of present migration, but also as a statement for the freedom of movement in an increasingly fortified world.

Our experience at the frontline of the refugee crisis, however dotted with uncertainties, has most acutely shown us that this is not a time ‘to fear or hope, but only to look for new weapons” (Deleuze, 1990). As we understand it, the design and fabrication of tools, be they useful items like a backpack, or symbolic, like a faux-passport, constitutes an important step towards the articulation of radical strategies not only for the survival, but also the autonomous political affirmation for migrants and refugees. 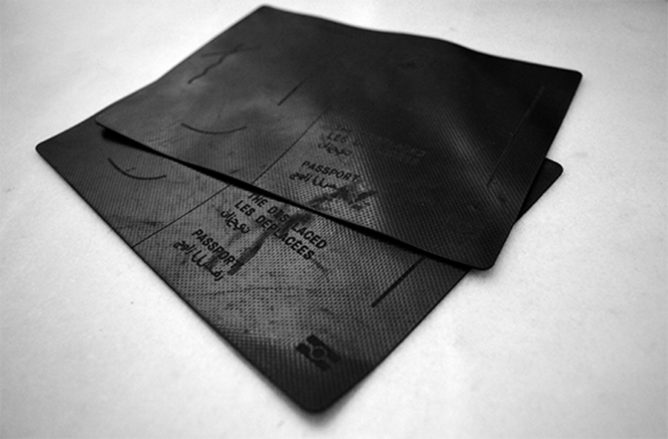 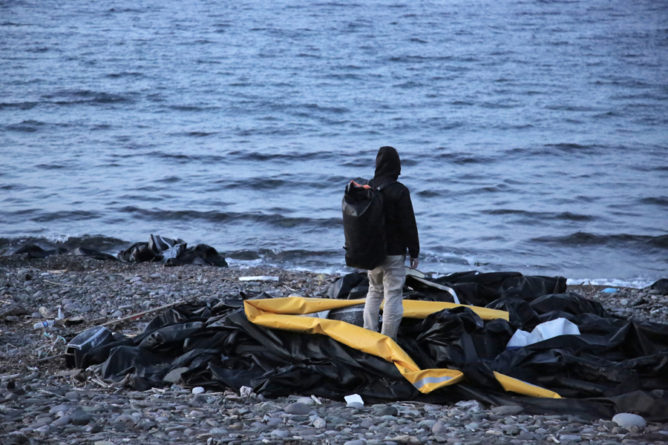 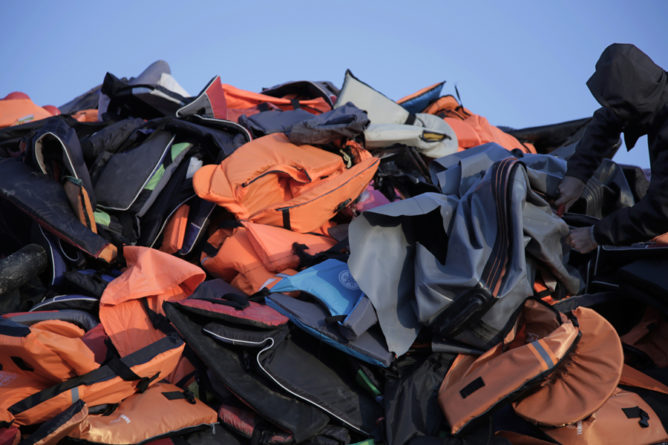 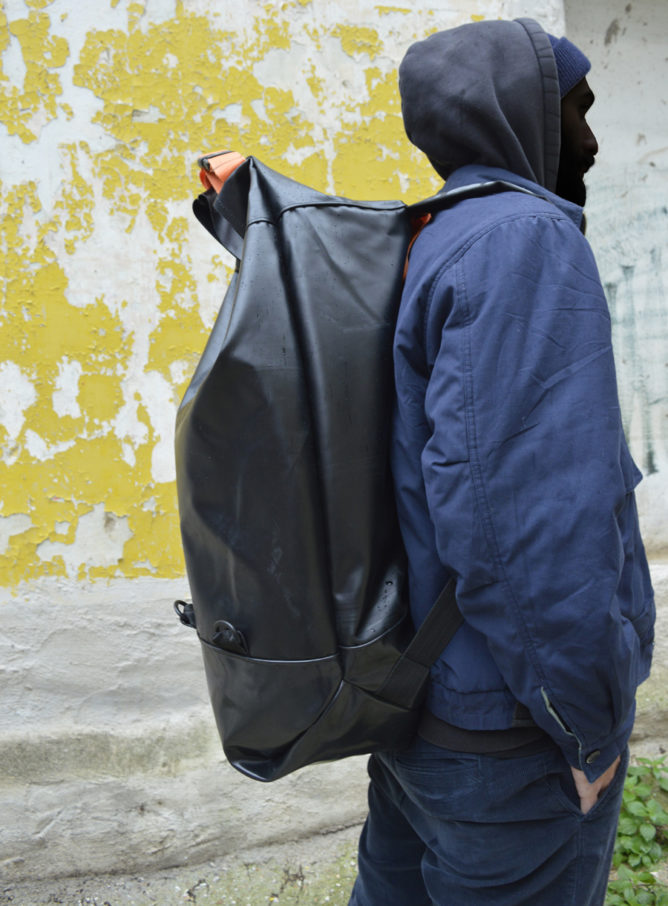