Passing through the main center of the city of Ramallah, Palestine, it is impossible not to notice the newly constructed Palestinian Authority (PA) headquarters — new building, walls, security watchtowers, gates — surrounded by armed security guards. I pass this site on daily basis, this symbol of power dominating the main street that connects the northern cities of the West Bank with the centre of Ramallah. Unjustifiably so, as the future state has not been established, but rather suspended, with an image of power that articulates the vision of the new Palestinian project of liberation. At this particular time, architecture plays an important role in constructing a narrative for the wider population. If the PA builds an architectural landmark in the middle of the city, it is to prove its emergence as a working state — and appearing to be a state becomes more important than how it actually functions.

Since its construction, the Mukataa has been a power hub regulating the administrative and policing systems. It was established as part of the British colonial project to take control of the Palestinian territory. In fact, its clones — the so-called “Tegart forts” constructed by colonial police officer Sir. Charles Tegart — were dotted across the territory of historical Palestine. These buildings functioned as structures to facilitate the counterinsurgency operation Tegart led against the rebellions and uprisings between 1936 and 1939. Generally the buildings were located on the main roads between cities; the Mukataa of Ramallah, for instance, was constructed on the road linking Jerusalem and Nablus, others were built on hills and some in valleys. These buildings became key structures in the political transformation and shifts that took place in Palestine from 1948 onwards. Ones some of these structure became main security infrastructures and later national symbols of the Isreali state after its established. The structure that fell ourtside the borderline of Israeli state became a locus of power used by the Jordanian (1948), then by the Israeli Administration after 1967, and eventually by the PA after the Oslo peace agreements (1994). These archetypes has become part of the PA state narrative to institute the state imaginary, in particular after its partial destruction when West Bank cities has been invaded by the Israeli army in 2002. Through such intense change, the body of the Mukataa emerges as an archive of events, bringing together memories of defeat, capture, loss, freedom, hope, peace, death, life, continuity, torture, sovereignty and power in a single place.

The following pages are part a on-going project that I am working on between comics and object of the Mukataa. This section is based on a speech that Sir. Tegart has conducted before the Royal Society, London 1932 titled “Terrorism in India.” At that time Sir. Tegart was a Commissioner of Calcutta colonial Police. 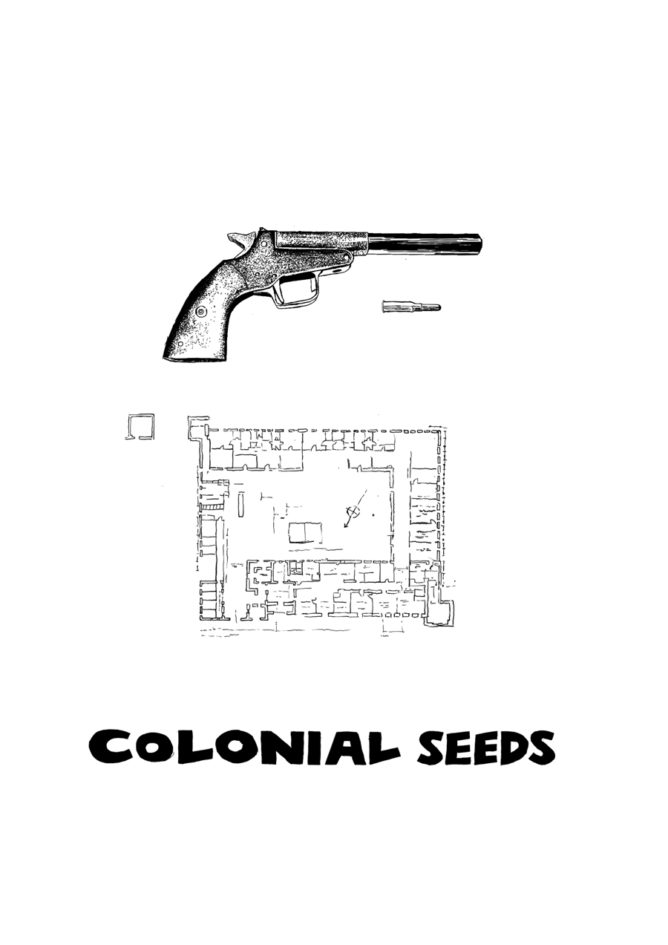 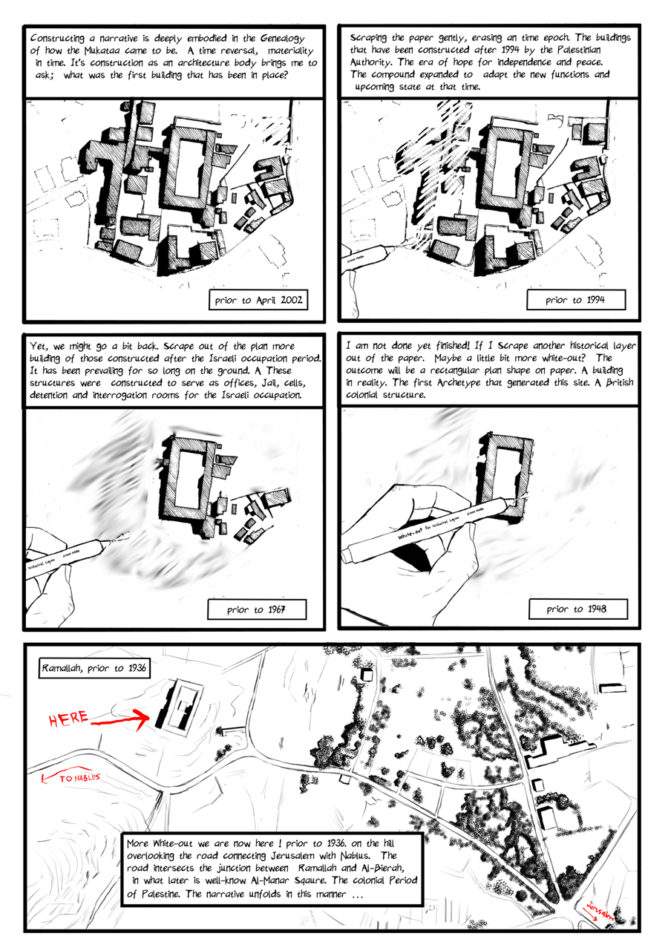 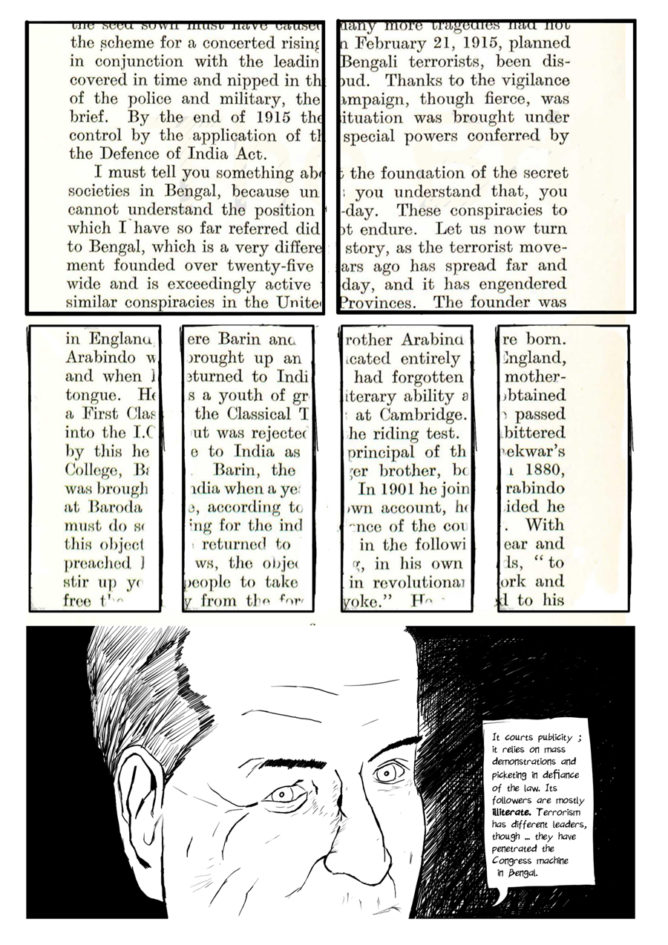 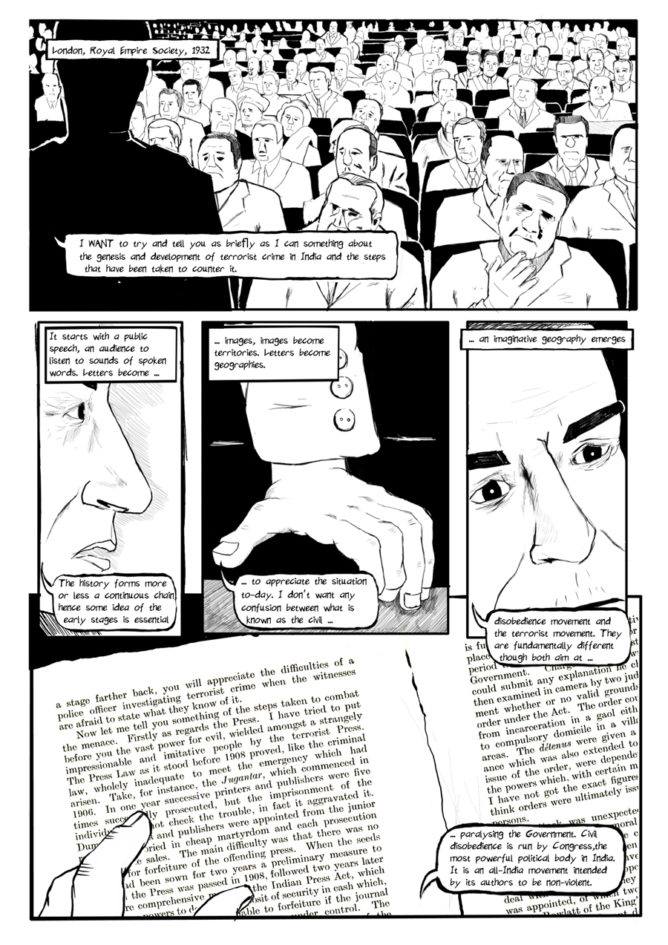 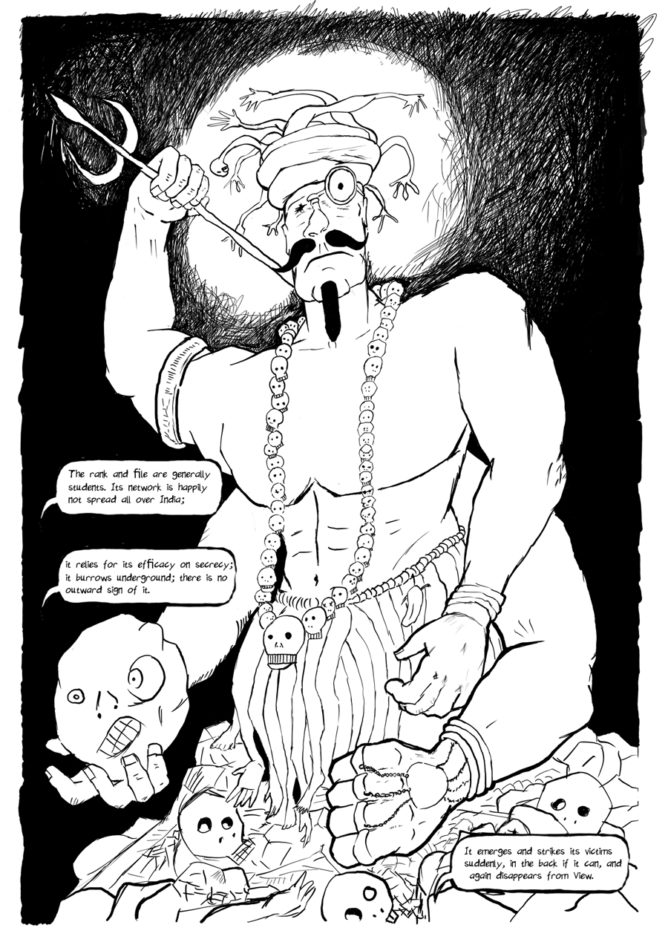