The Funambulist Magazine continues its exploration of the various dimensions that link the politics of space with the politics of bodies. Like the third issue (January-February 2016), dedicated to “Clothing Politics,” this present issue is dedicated to a scale of design that, sometimes, goes unnoticed in the examination of this relation: the scale of objects. Our bodies are surrounded by them, wear them, use them, and eat them. They are all precisely designed, and are involved in complex manufacturing systems, yet we often fail to address the political intensity of our interaction with them.

This political intensity begins with the design process itself. Whatever the scale of the object — architecture itself can be considered as an object of sorts — its design is always calibrated to a single standardized body (sometimes, a few). Most of the time, this standardization is not conceived as such, but simply corresponds to the normative idea of a body unconsciously imagined by designers. Sometimes, however, this normative body is represented and introduced as a model around which all designs should be calibrated. We can find canonical examples of such representation in Le Corbusier’s Modulor and its proportions based on the golden number, as well as in Ernst Neufert’s Architects’ Data, providing all necessary standardized dimensions to all scales of design. One body of work is particularly striking, however, for the level of theorization and precision that it involves — perhaps because it is elaborated in the context of industrial design, where the notion of ergonomics is paramount — the anthropometry of Henry Dreyfuss, in particular through the scope of the two normative bodies he designed and named Joe and Josephine.

These two gendered representations of bodies are used to calibrate the design of all kinds of objects that will ultimately surround actual bodies in a given society. A first degree of critique would thus consist in recognizing the large amount of bodies that do not fit this standard, and therefore have a difficult relationship with objects modeled on bodies different from theirs. A second one would take this observation further and think of this difference in terms of degree: a body would experience a form of violence in its relation to the object proportionally to its level of differentiation from the normative body around which the object was calibrated. We can see how such an observation constitutes an appropriate lens through which to read how the designed and manufactured environment is more appropriate to some bodies than others, in terms of gender, race, physical ability, etc. However, we may go even further in the critique of this process. “Our job is to make Joe and Josephine compatible with their environment. The process is known as human engineering,” writes Dreyfuss in Designing for People (1955).

Herein lies the project behind the systematic calibration of objects around normative bodies, and Dreyfuss at least has the decency to make it explicit: if objects are to be designed to be compatible with normative bodies, the bodies themselves have to be “compatible with their environment” — that is, compatible with the normative bodies around which this environment is calibrated. Although one might be tempted to applaud Dreyfuss for introducing a standard female body — a simulacrum of inclusivity — to the explicitly or implicitly male models that others had proposed, we can see how Joe and Josephine are designed in order to reinforce the relationship of power between circumscribed genders:

Joe enacts numerous roles. Within twenty-four hours he may determine the control positions on a linotype, be measured for an airplane chair, be squeezed into an armored tank [Dreyfuss used the measurements of his “GI Joe” when working with the US Army], or be driving a tractor; and we may prevail upon Josephine to do a day’s ironing, sit at a telephone switchboard, push a vacuum cleaner around a room, type a letter. (Dreyfuss, 1955)

Human engineering is therefore anatomical insomuch as it serves a particular social segregation — what is applied to gender in the above example can be applied in other cases to other corporeal social categories — through objects. In other words, if an iron, or a vacuum cleaner, is indeed calibrated around a normative representation of the female body, bodies that correspond to a certain degree to this norm will be more eagerly driven to use the object and the activity it enables than bodies assimilated into the representation of a normative male body, for instance. Such a vision might be accused of eluding the notion of the agency of bodies; yet, we have to keep in mind the fact that it is not solely the iron or the tractor that are the cause here, but the quasi-totality of the designed and manufactured/built environment. The articles in this issue about the street chairs of Cairo, and about urban furniture in France (by Manar Moursi and David Puig, and by Chris Blache and Pascale Lapalud, respectively) are helpful in understanding the extent to which the social construct of gender is enabled and reinforced by such a dominating environment.

The objects we have described so far deploy a certain form of violence against bodies through their normative calibration. However, other objects are designed to more voluntarily impose and administer violence: objects of war, colonization, slavery, and incarceration are all designed with such an explicit and deliberate function. Weapons are obvious examples of such objects, but others like handcuffs, the straightjacket, or barbed wire attest to the precision mobilized to accomplish their controlling function. In Barbed Wire: A Political History (2003), Olivier Razac illustrates how an object as simple as a wire punctuated with small, sharp spikes was instrumental in the massive dispossession of Native communities in the colonial establishment of North America, the duress of the trenches during World War I, and the enclosure of the Holocaust camps — while continuing to be operational in various carceral environments around the world.

Similarly, the handcuffs that so many police officers carry with them are nothing other than variations of the objects that ensured the control of slave bodies during their dreadful and often deadly crossing of the Atlantic Ocean and their daily lives on plantations. The historical descriptions made by Marcus Rediker in The Slave Ship: A Human History (2007) of handcuffed bodies, two by two, in the belly of the slave ships are illustrative of the violence of being dispossessed of one’s bodily agency. Handcuffs are also an everyday object for many Palestinians living in the West Bank, to such an extent that the Israeli army carries mass produced plastic handcuffs, rather than metal ones, to cut down their cost and weight.

This notion of mass production allows us to briefly evoke the political effects of the manufacturing process of numerous objects that surround our bodies, including the ones that we end up incorporating (i.e. make part of our bodies) as Françoise Vergès’s article about bananas (pp 34-39) illustrates. The work of the architectural research studio Unknown Fields, funded by Kate Davies and Liam Young and also featured in this issue (pp 50-53), is particularly useful to address this political dimension of objects. Since 2008, this studio has explored the sites of production of the objects and architecture that make up most of the cities of the world. From the quarries and mines of Australia and Madagascar to the lithium fields of Bolivia, groups of architects, researchers, artists, and students are constructing cartographies of world cities that extend far beyond their strict geographical limits. Following their 2014 expedition to Inner Mongolia, where a rare-earth mineral necessary to the manufacture of cell phones and computers is extracted, Unknown Fields commissioned the sculptor Kevin Callaghan to form three vases (see photograph on next page) made out of the radioactive mud dredged from the lake of waste left behind in the minerals’ refinery process. The three vases are composed of the exact quantity of radioactive waste that the production of a smartphone, a featherweight laptop, and the cell of an electric car battery necessitate.

Once again, we can see how scale is somewhat irrelevant to the political intensity of a design in relation to bodies. Samir Harb (pp 28-33) and Charmaine Chua’s (pp 40-45) respective articles even allow us to think of objects no longer in terms of scale, but rather through their capacity to be reproduced and involved in a system, whether colonial (Harb) or capitalist (Chua). Such a hypothesis is confirmed by Gean Moreno and Ernesto Oroza in the interview featured on pages 46-49. I wish you an excellent read. 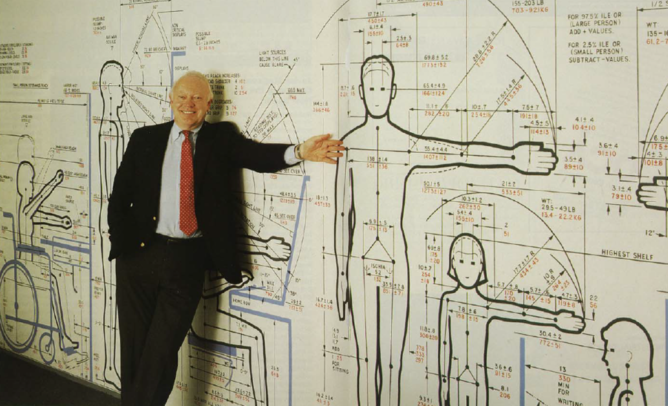