Three years ago my parents passed me on a set of rusty keys. These keys had been sitting for the last two decades in a drawer in their condo’s basement without anyone taking a particular interest in them. I had just returned from London and shared with them my thoughts on a recent visit to an exhibition about Palestinian refugees in central London. The exhibition curated images of items Palestinians were able to carry with them into exile during the 1948 Nakba. Whilst walking through the exhibition space I was moved by how many Palestinian families held onto keys to their now occupied or destroyed homes as symbols for their right to return to their ancestral homeland. Reading about how common the act of passing of such keys has become, how it has transformed into a tradition amongst Palestinian refugees in an effort to continue their narrative and claims to land, forced me to consider how we as displaced community deal (or don’t) with our past.

As Eelam Tamil refugees we never fostered a culture of memorialization of our many displacements. Instead, we were fast to divorce experiences from our present and safely tuck them away until they were so far removed from our everyday that they no more appeared as ours. My parents, just as many other refugee parents, covered them with dust and silence. It became a common way of narrating our past; a way of disconnecting generations of displaced people from understanding their present through a conscious engagement with their past. My parents didn’t have any answers as to why we as a community never learnt to deal with the trauma we share with Palestinians. All I knew is that they raised me with the belief that the pain of the past should end with them. Though I could clearly read from their eyes that they saw a reflection of themselves in the stories of Palestinian refugees, they weren’t able to reason as to why many Palestinians chose to remember as an act of resistance whilst we chose to forget as an act of survival. 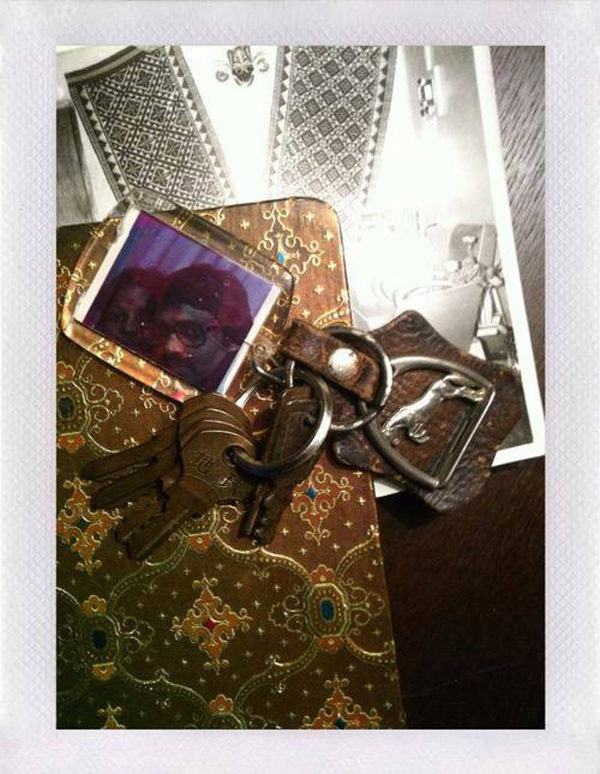 That same weekend, hours before I was about to return to my second exile in London, my parents called me over for a Hindu poosai. They blessed me in a familiar Saiva ritual parents conduct when their children leave home before handing me over that set of rusty keys that was until then sitting unnoticed in their basement. “These keys to our home in Jaffna are now yours,” they said. “We know you’ll keep them safe until the day we’ll be free.” I was taken by surprise. I didn’t think they’d be moved by my reflections so quickly to action; to understand the importance of passing on these histories; to include us, children of exile, into their narratives. It turned out to be an emotional ceremony for all of us. I safely packed the keys into my backpack and took them on another journey. From one exile to another.

Three years later, these keys to my ancestral home still accompany me despite that its doors have long been replaced, locks exchanged and window frames stolen. Though there is little left of the home to which Amma locked the doors thirty-two years ago before unassumingly departing for a life in exile; though this key has no more than symbolic rather than material value, I still carry it with me wherever my body moves to. As a son of exile, I hold onto it like I hold onto the few remains of our past: family photos that have survived war and genocide, as well my European passport: a passport that was, similar as to that distant “homeland,” never meant to be that of stateless children.

As displaced people we are often told that we have no stakes or say in affairs anywhere, neither here nor there; that all that is left of us are shadows; that all we have left are memories. But for many of us, not even these memories are meant to be ours. We are told that our bodies are pawns for others; that we ourselves have no rights or claims to make. And we quickly start to believe their words since we are rarely told differently. We believe in the right to return, the right to heal, the right to meet our losses. But that right is never ours. It’s always that of others. We see ourselves in other displaced people, yet we are scared to articulate these sentiments, to claim them for ourselves. It always seems safer to read our our own tragedies through a third enunciator, someone whose losses are more accepted, more prominent than your own. Our stories seem too dated to us, too collective for them to be special; already written up by others, mostly white people; for no one to have the patience to listen to the intricacies of our many losses; for no one to be interested to hear from us beyond sensationalist reporting, for no one to want to hear the length and depth of our melancholy; for no one to acknowledge that displacement sinks into our genes. But each of our stories is different and valid on its own merit, with or without outside listeners; with or without patience.

The past lives on with us, within all of us. The Eelam my parents never had the chance to say farewell to is never going to be the Eelam I will (hopefully) one day meet. That Eelam has been lost to all of us. Yet its memories continue to live within us through them, providing us with layers of memories to experience the landscapes and geographies that were stolen from us. I hold onto the little treasures left of our past to struggle against my own erasure, to struggle against forgetting what is also ours. To carry these keys with me is to never forget why I am here, between exiles, why we are here, why our yesterday is for often still our today. The right to return on our own terms — against the interests of others — is never just that of others. It is also ours, irrespective of how much we are erased from the equation; irrespective of how much we are an inconvenience to everyone — except to ourselves.