In 1999, Fleur Agema, now a member of the Dutch Parliament and of the ultranationalist Freedom Party (PVV), acquired her Bachelor’s degree after a four-year study of Architectural Design at the AKI Academy of Visual Arts and Design in Enschede, the Academy of Architecture in Amsterdam, and subsequently her Master’s degree in Interior Design at the Utrecht School of the Arts. She graduated from the latter with a project titled ‘Closed Architecture’; an ambitious model for a new prison, intended to occupy over a hundred acres at the Hembrugterrein in the Zaan area, and aims to reintegrate prisoners into society. The model that Agema has developed focuses on the reconditioning of prisoners by means of four phases. In the first version they are called, “The Bunker – The Habituation – The Wait – The Light,” and in the final version, “The Fort – The Encampment – The Artillery Installation – The Neighborhood.” “The Fort” is modeled after the ancient design of the dungeon, and is meant to break the prisoner’s resistance; “The Encampment” is a camp with vegetable gardens to stimulate independence; “The Artillery Installation” is a type of commune in which the prisoners have to learn to operate collectively; and “The Neighborhood” is essentially a reconstruction of a residential neighborhood filled with hidden cameras, where the prisoners live a simulated life in order to verify whether they are yet fully capable of functioning within society.

In Agema’s model, prisoners have to meet educational objectives in order to reach the next “level.” In the case that does not occur, they will “move back” in the program, and will have to revisit previous phases once again. In order to delimit the different phases and to motivate the prisoners to meet their educational objectives, each phase of Agema’s model is related to certain privileges, such as a larger living space and less mandatory labor. But also basic needs, such as light, are regulated. In her first series of studies this occurs in the most literal manner: the first phase – “The Bunker” – is an obscure and semi-subterranean building made of grey concrete and surrounded by black and dark grey gravel, whereas the fourth phase – “The Light” – is constructed from white natural stones, surrounded by white pebbles and extending into the air. The “evil” in the actions of the inmate is thus literally reflected by his surroundings: when displaying bad behavior, he descends further into the depths of darkness in a smaller cell. But if he meets his educational objectives, his environment will become brighter, work becomes lighter, his worldview expands, and his cell becomes more spacious.

Within this model, punishment is ambiguous: all inmates that are considered to be suitable for this model start in the first phase. Agema does not provide any clarity on the exact profile of prisoners, but merely states the following: “The aim of the four-phase approach is to design a model for detention that provides a specific group of detainees with the knowledge that is necessary to function within our social system. This approach is not fit for all types of convicts, which is why it cannot replace the current system.” The manner in which the detainee leaves the prison depends on his own actions: when not meeting his objectives the prisoner punishes himself. If the prisoner is capable of meeting the educational objectives of each phase, he may get ahead of others who remain stuck at the same level or who even “go backwards.”

Everything then depends on the educational objectives and the prisoner’s capacities to meet them, but this is precisely what remains unaddressed by Agema. It is clear that there are educational objectives, as well as the fact that the willingness to be conditioned is a guarantee for more personal privileges. But what remains uncomfortably unanswered is the question of what type of civilian ought to be the objective of this conditioning, as well as which agenda he ought to be subservient to. The question of what happens if the objectives are not met also remains unresolved, which suggests that this simply means that the prisoner then is stuck in a phase indeterminately.

Agema’s proposal for a phased prison represents a social model, which has already been under construction for a considerable amount of time. Those who do not meet the norm or those who question it, will be faced with an invisible power, which naturally pushes the citizen toward the scum towns. As such, Agema’s work needs to be considered as a case study within the debate about the repressive society and the society of control, versus the possibility of a democratic society, in which common interest and political emancipation occupy the center stage. (All images and text from Jonas Staal, Closed Architecture, Eindhoven: Onomatopee, 2011). 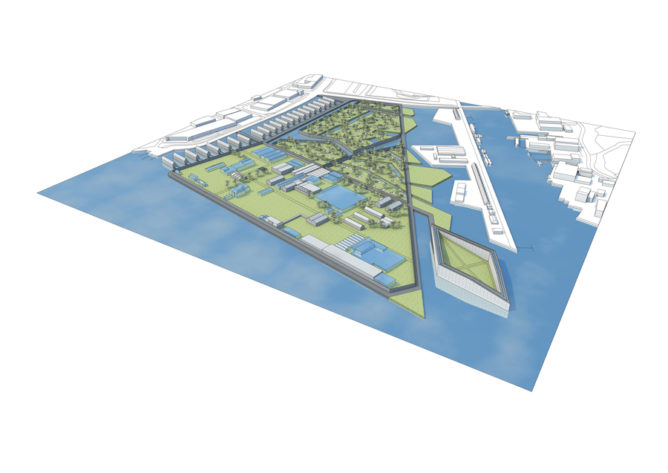 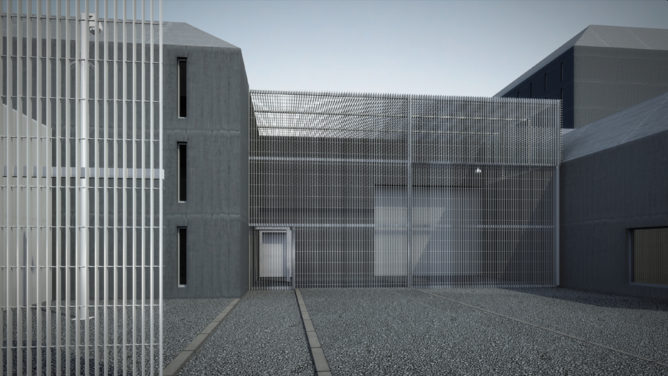 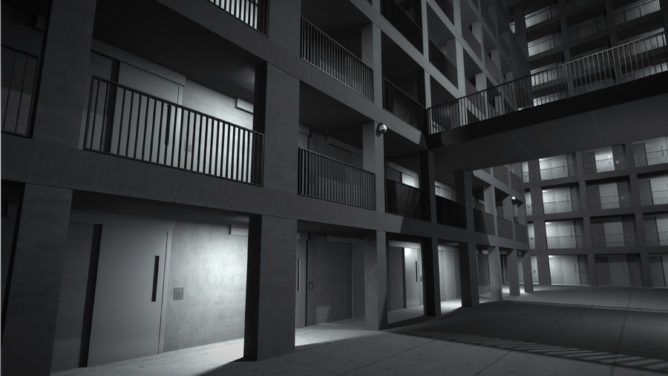 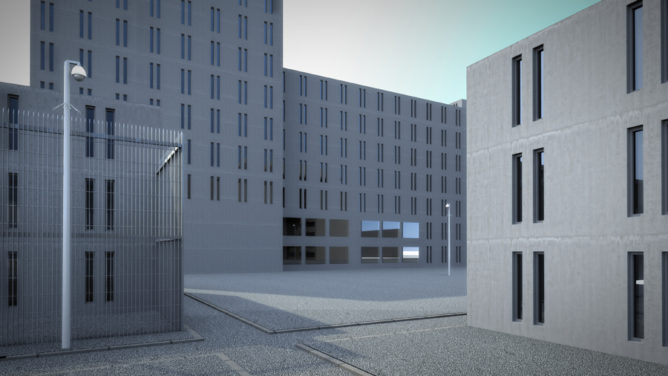 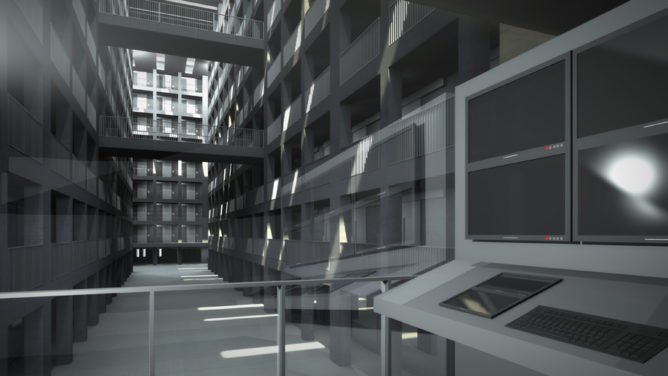 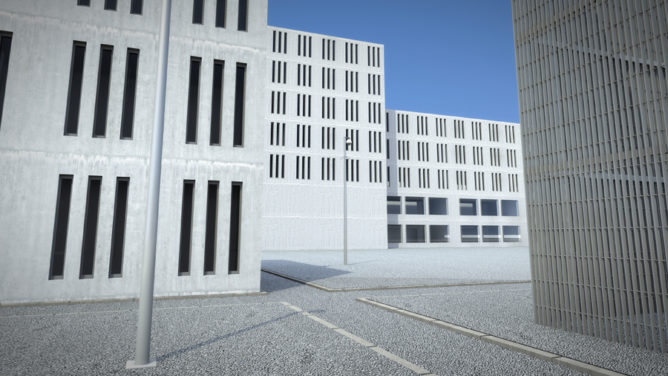 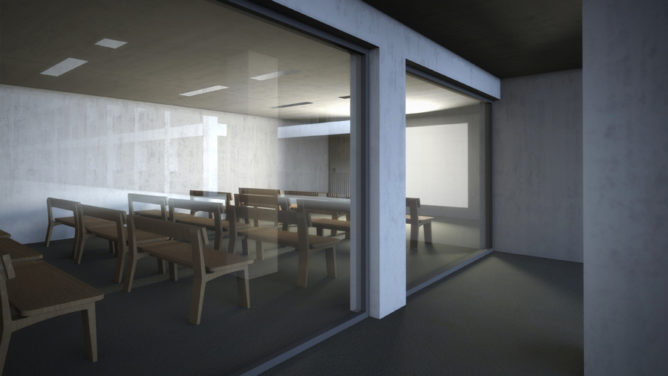 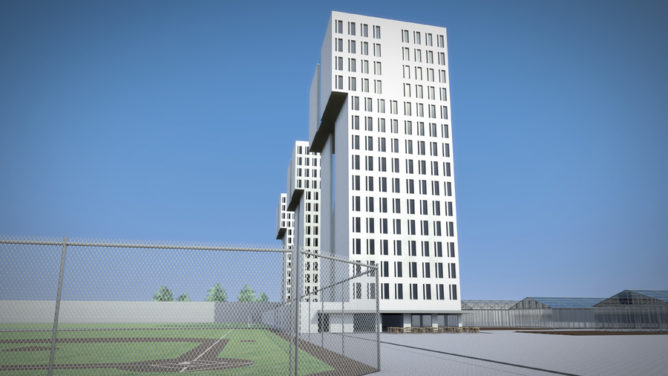 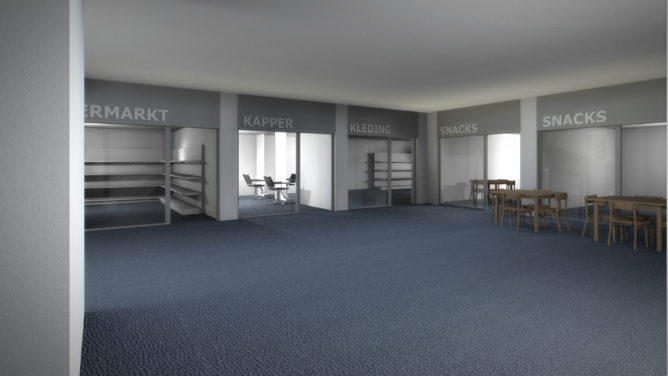