Guantánamo Bay Detention Camp ///
We find in Guantánamo Bay the most prominent implications of a permanent state of exception. Since January 2002, shortly after initiating a military campaign in Afghanistan, the United States started transferring hundreds of possible terror suspects to Guantánamo Bay, where they have been tortured for information and held without trial. Ever since Guantánamo Bay became a naval base of the United States in 1903, it has slowly become more autonomous and more physically separated from the mainland of Cuba. For the first decades Guantánamo Bay was completely depended on Cuba for supplies, energy and drinking water. After the Cuban revolution the border became more secure and Guantánamo had to become completely self-sufficient.

Today, the detained terror suspects in Guantánamo Bay are tortured for information over a period of years. The torture techniques used in Guantánamo range from the more known methods, such as waterboarding and isolation, to less known but just as effective techniques, such as sensory deprivation and sensory bombardment. The detention camp is made out of seven different prisons and other support spaces, such as torture and interrogation areas. A detainee is processed through a range of prisons over a number of years. Every detainee is first brought to the highest security prison, which has no access to daylight or an outdoor area. If a detainee shows cooperation during the interrogations he is transferred to a prison with more humane circumstances, at each step in the process the circumstances get better. The whole complex therefore functions as an architectural torture processing machine.

The Ministry of Exception ///
The Ministry of Exception is a provocative proposition that critiques the state of exception as a permanent governmental technique. The project proposes a building in the heart of Washington DC, which combines a ministry that operates within a state of exception, with a torture camp like Guantánamo. A scenario that would force politicians and government officials to work next to the torture they condone. 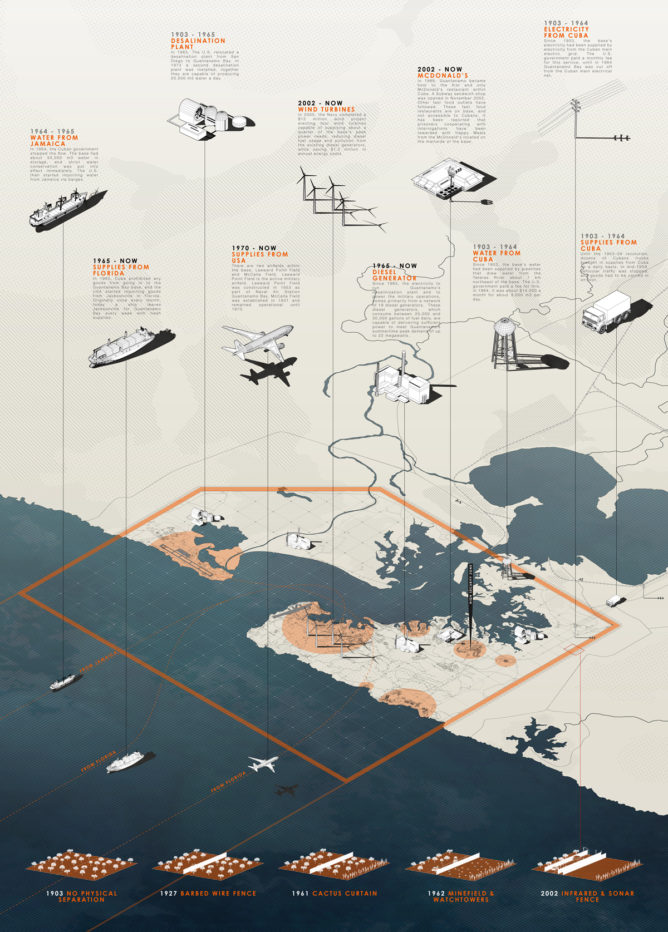 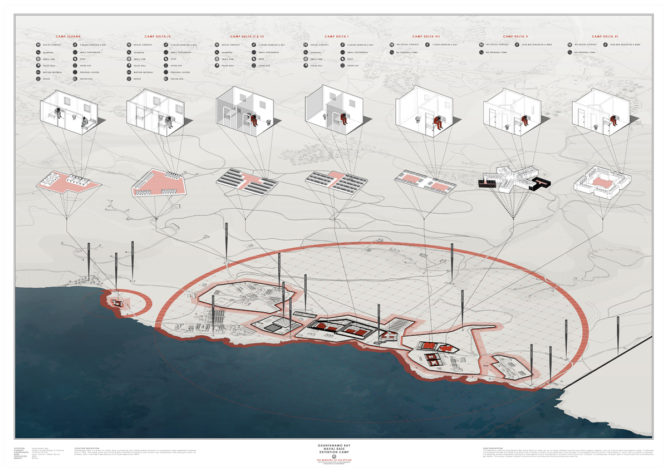 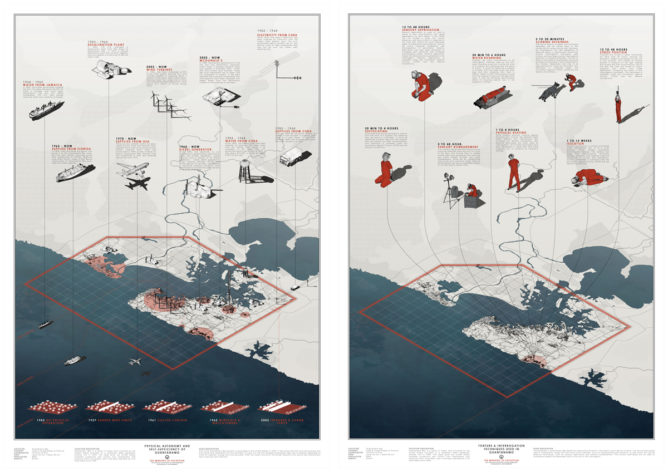