The geographical condition and consequent isolation from the rest of Italy ensured that Sardinia become, since the 19th century, experimental ground for prisons and detention. The latter can be roughly subdivided into four different types. The urban prisons are compact buildings located in the city center of main cities. The small detention facilities called “case mandamentali” intend to seclude small groups of inmates and are located in small-medium cities and villages. The new prisons, massive carceral citadels located on the periphery of the main cities, are the outcome of a recent punitive era. Last but not least, the penal colonies, village-like settlements, occupy large portions of the rural territory and are strongly connected to the local landscape.

Penal colonies are characterized by a routine that combines detention with rural open-air work. They were born as temporary detention facilities intended to occupy rural land that, once reclaimed by the labor of the inmates, were to be allocated to civilian farmers. At the same time they were a correctional experiment meant to propose an alternative to the traditional prison regime. Considered state-of-the-art facilities, colonies were only intended for selected prisoners. Here labor was not understood as a physical punishment but, instead, attributed a psychological connotation in the process of criminals’ rehabilitation.

Today penal colonies are considered outdated and unsuited for the needs of the modern penal system, and unable to offer comparable facilities and infrastructure to the newly built prisons. For this reason, and because of their remote location, they are barely attractive for inmates. Their marginality from the nation carceral archipelago (which often threatens their very existence) is proved by the absence of the colonies in the most recent general penal legislation. Regardless of their exceptional status of open-air facilities, they are subject to the same regulation of walled prisons. Such lack of a specific legislation leads to some paradoxes and inconsistency within the colonies. For instance, prisoners enjoy greater freedom during the working hours, when they are free to circulate in the vastness of the rural territory almost without any supervision, while they are subject to the same rituals of control and routine of normal prisons when they are secluded in the living units, which are conceived as prisons in miniature.

This research focuses on the Sardinian penal colonies with the purpose to explore this prison type’s multifaceted elements: the condition of labor and the inmates routine, the spatial arrangement from the territorial scale to the smallest scale of the dormitories/cells, the history and the chronological evolution of their space, the architectural style and the landscape features, the relation to the local context. All these dimensions have to be considered as an illustration of the colonies’ past ambitions and of their present incoherent condition. 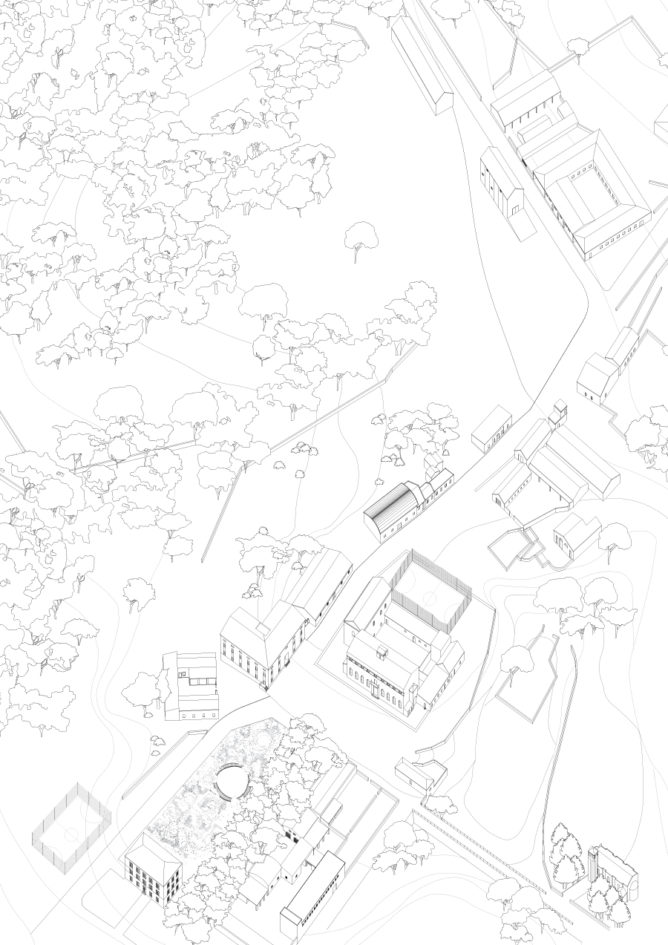